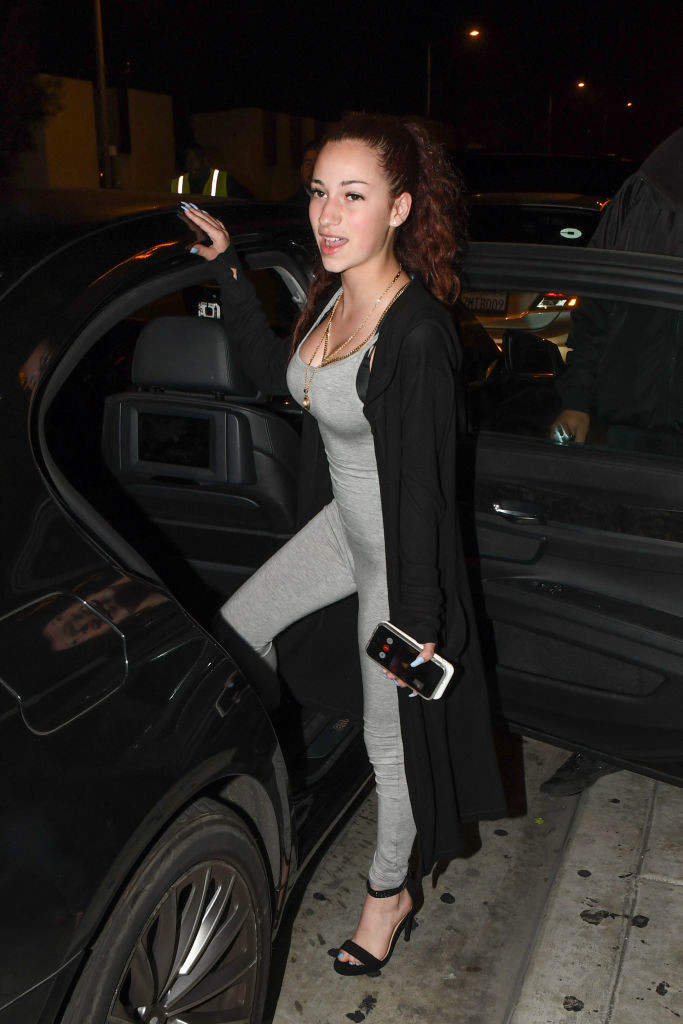 They often don’t give out Pulitzers for tracking the life’s journey of now-14-year-old memes turned internet sensations but it’s been a hell of a ride blogging about this girl. She’s had her ass kicked by her mom, feuded with Kylie Jenner, and fought on an airline before United made that part of their service menu. And it’s time to give some updates, including this charming video of her getting her ass beat by a random chick for video:

She talks a lot of shit as part of her persona despite catching Ls — in fact, one could describe her still talking shit walking away afterwards as Tex-esque — but I don’t know how you don’t feel a little bad for this chick here. Either someone out there has videos saved up of her getting her ass kicked before getting famous (which might be the case given how they don’t make any “caught you ousside” jokes as the chick beat her down) or now she’s got people waiting for the first chance to beat her ass because of the fact she talked shit to a fake doctor on a TV show. What kind of life is that? She’s some dumbass Florida teen getting targeted like John Wick. And it seems like this time in the spotlight hasn’t taught her to take some self defense classes or learn how to throw a jab. I mean jesus, she’s got the fame, she’s got a reality show coming, put this chick in the Octagon with a Gracie and at least give her something to keep her getting gobbled up by teenagers trying to fight her like she’s got the old WWF Hardcore title 24/7 defense rule.

And in other Danielle Bregoli news, here she is threatening other women trying to hit on her lesbian girlfriend after she saw some inappropriate DMs on the girl’s phone. It’s also a stark contrast from rumors she was banging some rappers (including recently-out-of-jail-on-sex-charges current chart topper Kodak Black):

If she is a lesbian or for-real-instead-of-college-girl-at-a-bar bisexual that’d be an interesting plot twist. I mean she’s 14 now and the chick she’s dating looks like Anthony Anderson so who knows if that’ll stick but still an interesting wrinkle to her violent white trash persona. Plus don’t sites like Jezebel or whatever have to now fawn over her endlessly because she’s so brave to stand tall publicly for her sexual openness? It would be pretty funny if all of a sudden they wrote glowingly about her as an icon of female enlightenment when she’s fundamentally a barely there teen white girl who sounds like she was raised locked in a room watching Lil Wayne clips drinking lean out of a sippy cup.

Lastly, to preemptively answer the question of “Why blog this,” here’s where we were just two and a half months ago: 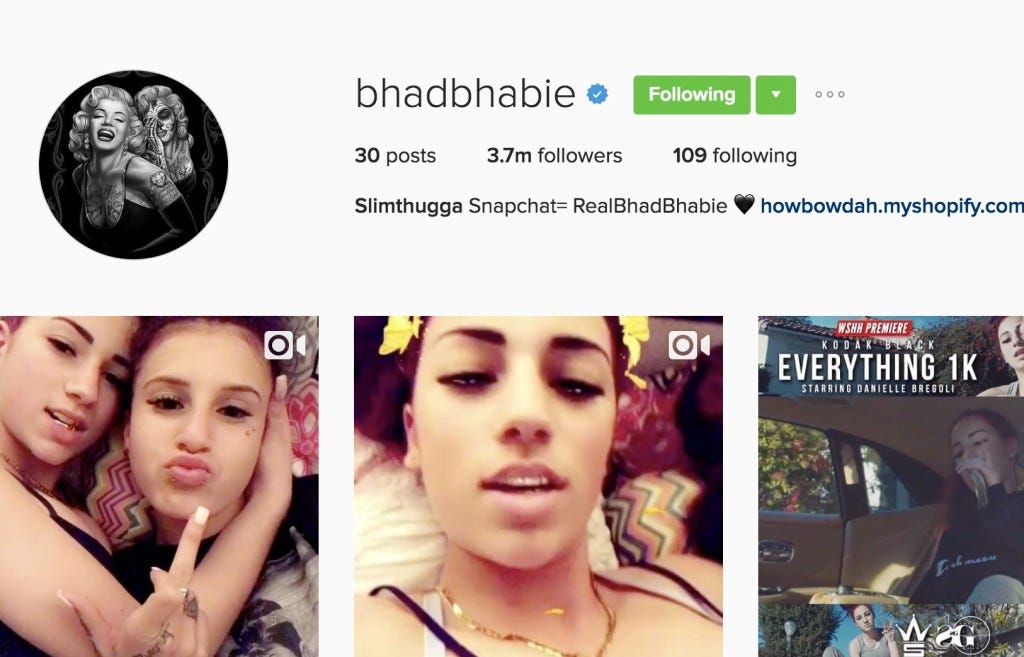 And now a short time later this girl is up to 9.2 MILLION INSTAGRAM FOLLOWERS, having random chicks jump her for a video and the hopes of some residual fame, it’s all absurd. But this is what fame will look like moving forward. Do something stupid with some sort of “character” behind it, have it go viral, then have all the social media presence to back it out. The Cash Me Ousside girl is going to be to 30 second viral clips of trashy people what Kim Kardashian was to sex tape stars. To not cover this would be like seeing a meteor soaring through the sky and not looking up from your phone. And at this rate who knows where she ends up. President Danielle Bregoli will one day appreciate the memoirs being kept for her at Barstool SPORTS dot com.