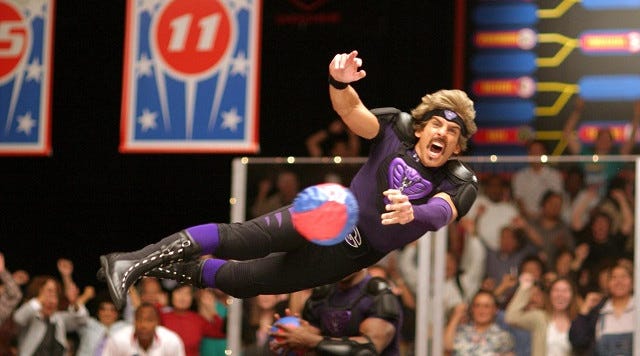 The Advocate – A plan to quietly ban dodge ball and other “target games” from public schools was shelved Tuesday by Louisiana’s top school board.

The sweeping prohibition was in a new set of physical education benchmarks drawn up by nearly two dozen teachers and others. …

“Dodge ball is an activity that we know many of our students enjoy,” said Holly Boffy, vice-president of [Board of Elementary and Secondary Education] and the leader of the effort to revamp the proposed change. …

The proposed ban was included in a section of guidelines that said physical education classes are not “sports camps” and should not be routinely taken away for other school functions and makeup tests.

“Lastly, human target games (e.g. dodge ball) and drills that promote aggressive behaviors by attacking and overpowering other humans are not to be permitted,” according to the proposed standards.

Sponsors of the change said they were surprised by the reaction.

“Honestly, I didn’t think it was going to be an issue,” Kathy Hill, a member of the committee, said a few hours after the meeting.

“In trying to be really sensitive about bullying, which is just a huge issue now in the schools, we just felt like we needed to put a statement in there about human target games,” said Hill, who is on the kinesiology faculty at LSU.

Stand by while I start the golf clap for Holly Boffy, the pornstar-named hero who is pushing back against the Pussification of America, one rubber ball to the groin at a time.

I can just picture this Kathy Hill. And in my mind she’s like one of the moms from that insufferable school committee meeting scene in Field of Dreams. Just a shrill, overbearing, overprotective, clucking mother hen who wants to ban edgy books, ban dodgeball, ban skirts shorter than the tips of your fingertips. Basically ban anything that she perceives as a threat to her fragile little porcelain child.

I’ve got news for you, sister. You know what the purpose of school is? To educate kids. And you know what teaches them as much as anything they’ll ever learn in a classroom? Dodgeball. It teaches them that life sucks. It’s really the perfect metaphor for this tragic veil of tears we walk through. Dodgeball teaches you that the world is full of assholes determined to fuck you up. Sometimes they’ll band together to destroy you. You’ll have guys who are sort of on your side, some that will fight back with you and some that you have to use as cannon fodder to protect yourself.

Hey Karen, you know why we play “human target games”? Because humans are targets. Bullies are a part of the human existence. And if you don’t learn to deal with rubber balls being hurled at your face and your hairy goalpost, you’ll have no shot to survive the fists, knives, bullets and truck bombs that will surely come later. You’re certainly not going to learn it in the kinesiology department at some university. So back off, lady. Leave our kids alone. It’s the Holly Boffys of the world that are saving our kids’ future.