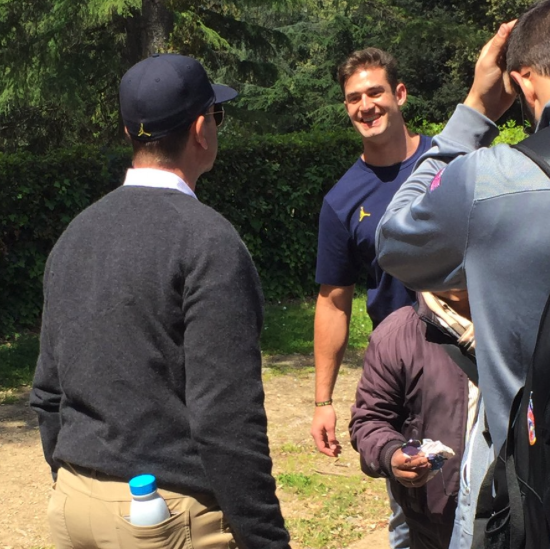 Never go to a foreign country without a nice bottle of milk! This is why I love Jim Harbaugh. Yes he’s a psycho, yes he’s a hardo, yes he’s weird, but it’s all real. When he tells you a story of drinking a gallon of milk a day as a kid so he could grow strong bones to be a QB he’s not bullshitting you. He’ll drink whole milk with every single meal and then take a little roadie with him to Italy. When he tells you that he brings his glove to every baseball game because he loves competing for foul balls, he’s not putting on an act, that’s just how he’s wired. That’s Harbaugh life.

And of course he’s also getting yelled at for playing football inside different locations in Italy. Sorry for playing a little game of catch, Italy.

“How did they build this thing without any cleats? I don’t understand” 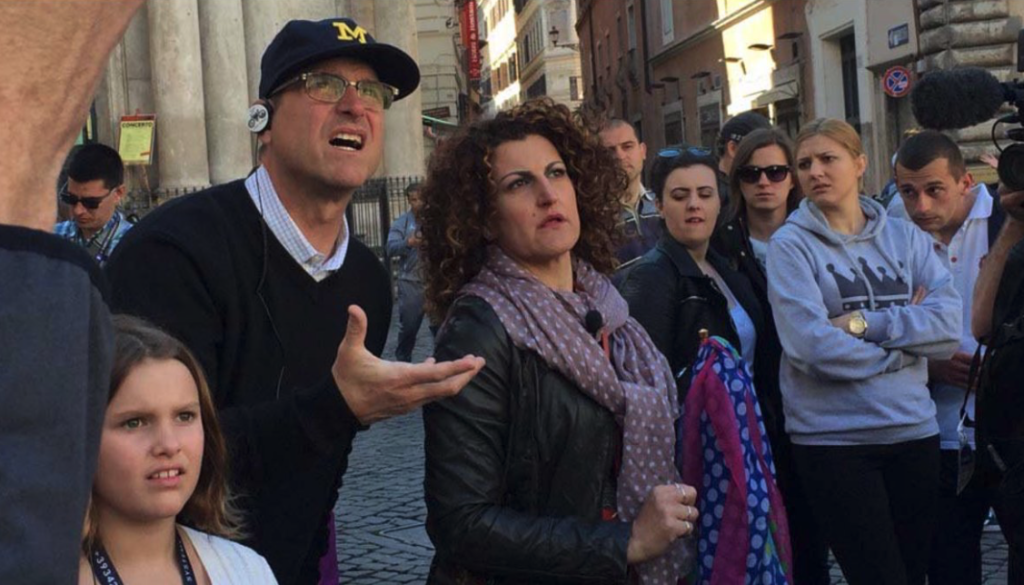