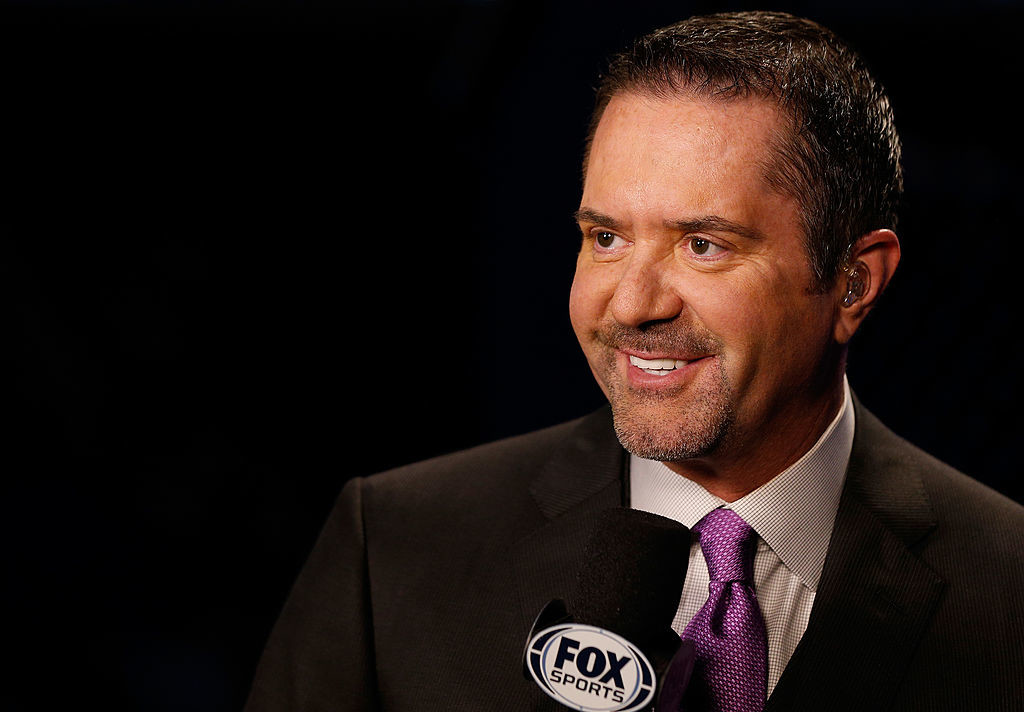 SportsKeeda- Now that Mauro Ranallo is now officially done with the WWE, the company have set their sights on finding a new announcer. Mike Goldberg is said to be the top target. It was also said to us that one of the key reasons Jim Ross was re-hired, aside from the WWE not wanting their former lead announcer on ITV’s World of Sport or New Japan, was because of his friendship with Mike Goldberg.

Triple H believes that JR may be able to influence Goldberg to join the company and also assist in bringing him up to speed with the WWE product and the way Vince McMahon wants the commentators to call matches. It’s possible Jim Ross could even produce Goldberg and lead him through his first few shows, but that job is more likely to be assigned to Michael Cole, who regularly produces the current crop of announcers.

AND HEEEEERRRRRREEEEEEEE WEEEEEEEEEEEEE GO! If Goldie is able to learn the ins and outs of the graps, and fast, he could be a really fun commentator for the WWE. Pricey, I’m sure, because UFC was paying him a fuck ton for one show a month, but he’d be worth it. He was the voice of mixed martial arts for so many years that if a casual was flipping through channels and heard Mike, they’d likely stop. I mean, there’s a reason Vince McMahon wanted him so bad in 2005 (and even offered him six figures to no show a UFC show). His excitement for knockouts and big moments was unlike anyone else, and if that could translate to wrestling he’d be the most energetic commentator since JR was in his prime. His bloopers could also lead to this being Mike Adamle 2.0, but with Goldie, the fans were almost always laughing with him, not at him.

The entire Mauro situation was unfortunate, but I’d love it if he now jumped into Goldie’s play-by-play seat in the UFC alongside Joe Rogan. Both have extensive love and knowledge for the sport, and I was a big fan of Mauro’s commentary in PRIDE and StrikeForce.

Honestly, the only thing about this whole story that isn’t good news is that Jim Ross may have been re-hired as a middle man basically. His commentary clearly isn’t what it used to be, but I want to hear him calling slobber knockers weekly god dammit! I want to hear him scream at Braun Strowman every time he kills another member of the RAW roster (like he will do tonight to Kalisto). Give me Good Ol’ JR on NXT at the very least.