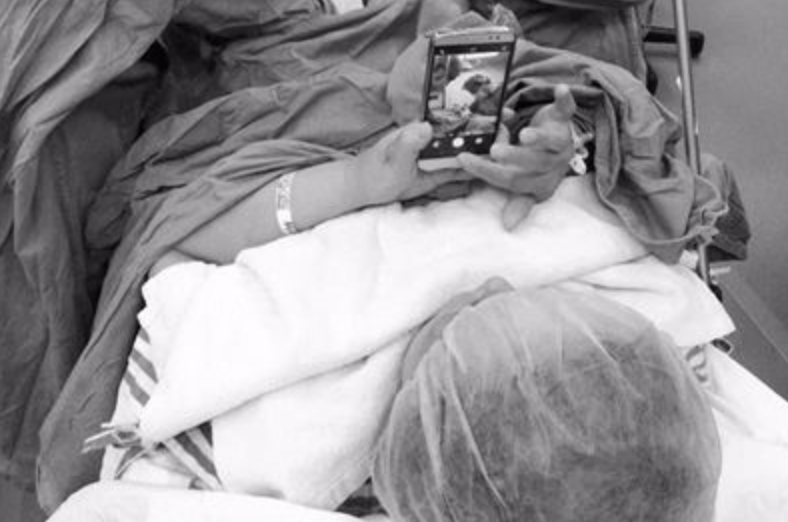 Mashable- Here’s one for all of us glued to our smartphones. A 69-year-old patient in the eastern Chinese region of Hangzhou is making the news for using her phone, while undergoing a procedure on her legs. The patient, surnamed Zhu, was allowed to bring her phone into the operating theatre as her doctor wanted her to be more relaxed while she underwent a varicose vein surgery. Surgery for varicose veins includes tying and removing them by pulling the veins out from under the skin. During the 18 minute procedure, she took photos of the doctors and nurses, and looked at her friends’ posts on social media outlet WeChat. “It was quite relaxed — not nervous at all,” she told the South China Morning Post.

18 minutes?!?!? Come on. Gimme a break. That’s WAY too long to be away from your phone. Disrespectful of those surgeons to even ask of that from a person living in 2017. 18 seconds might be too long. 18 minutes is like spitting in our faces. Don’t even think about asking me to be away from my phone for 18 minutes while I have surgery. Have surgery without my phone or die? I die every time. Let whatever horrific disease take me away. Who knows what kind of news/memes/racist comments I’m gonna miss while I’m away from my phone for 18 minutes. Refreshing Twitter is just as important as my own pulse. I’m pretty sure it is my pulse at this point. If I stop refreshing Twitter, I die. Or the world explodes. It might not be true but, like the Australian guy on the island in Lost who wouldn’t let the countdown hit zero, I don’t wanna know what happens if I stop refreshing Twitter.