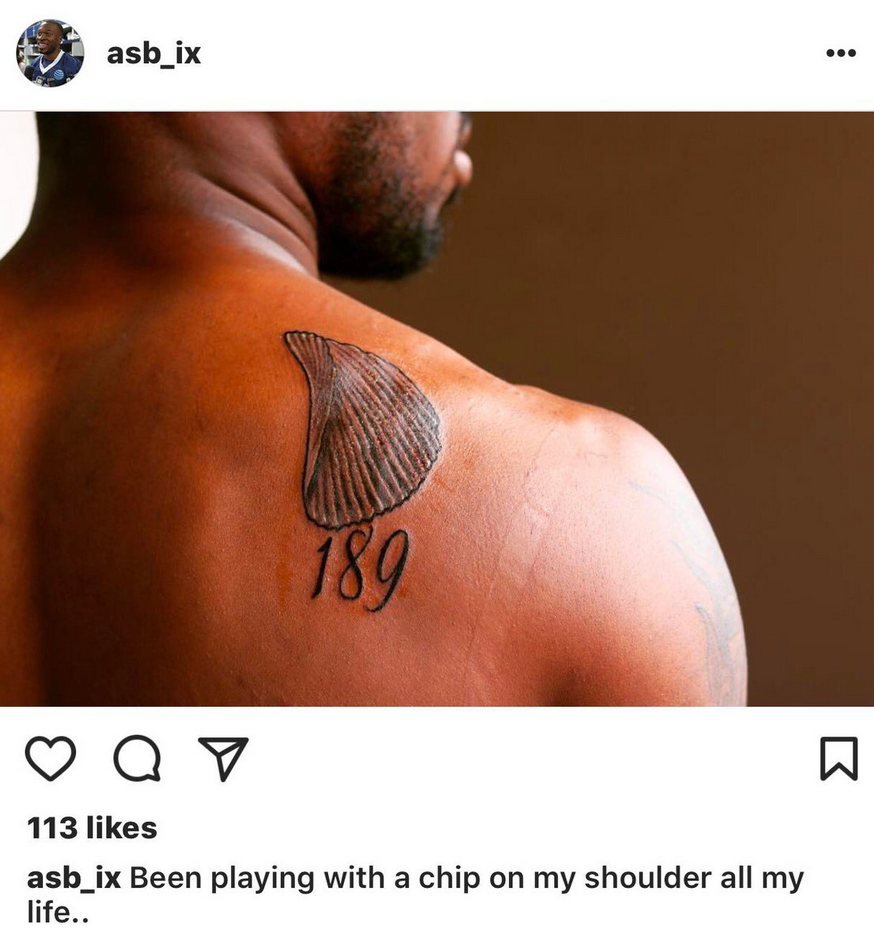 Welp, that’s about it. That’s the worst tattoo I’ve ever seen. Worse than the “No Ragrets” kid from the Hollywood classic, We’re the Millers.

First of all, the phrase very obviously does not mean you have a goddamn wavy Lays on your shoulder. That doesn’t make any sense at all. You want to know the actual origin which I definitely knew and didn’t look up just now and am not quoting rather than explaining myself because I still don’t really understand it. 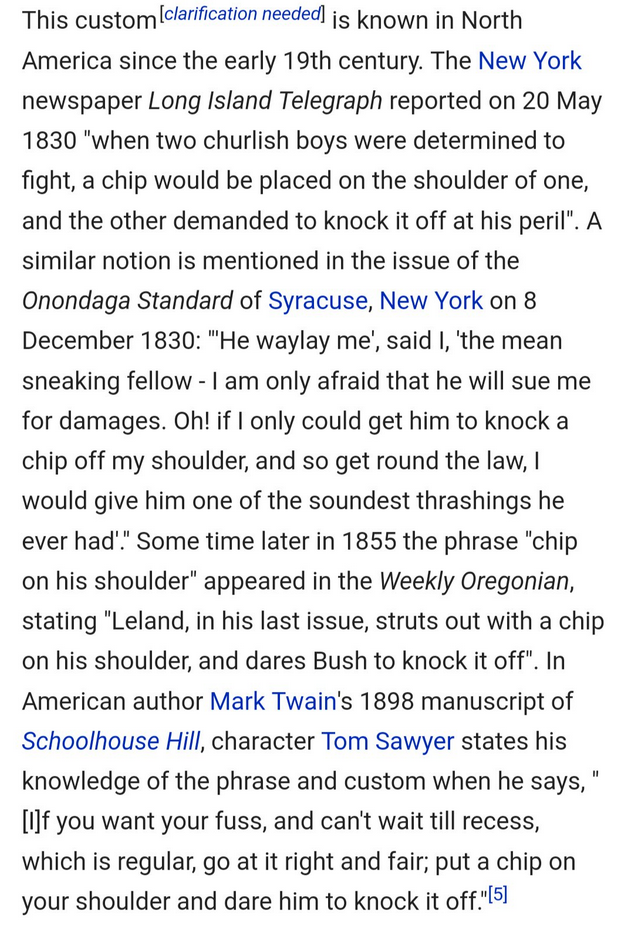 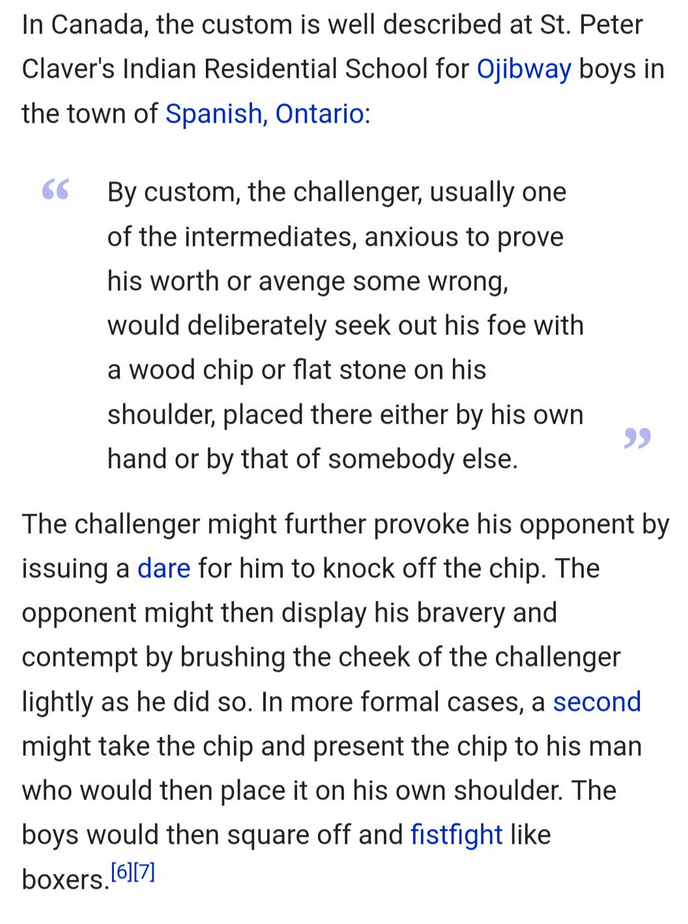 (Pssst… all those things I just said were a lie. I did not know its origin and upon looking it up I still don’t totally understand)

Nonetheless, THAT’S NOT THE POINT! The point is that I never dared to assume that it meant a literal salty snack on your shoulder. And guess what? Even if I did think that, I’d never get some stupid fucking wavy crisp on there because those chips suck. Baked Lays, that’s where the money is. None of this kinda looks like a Pringle, kinda looks like a chip, kinda looks like a sea shell nonsense. It’s a bullshit tattoo that I hate, is what I’m saying.