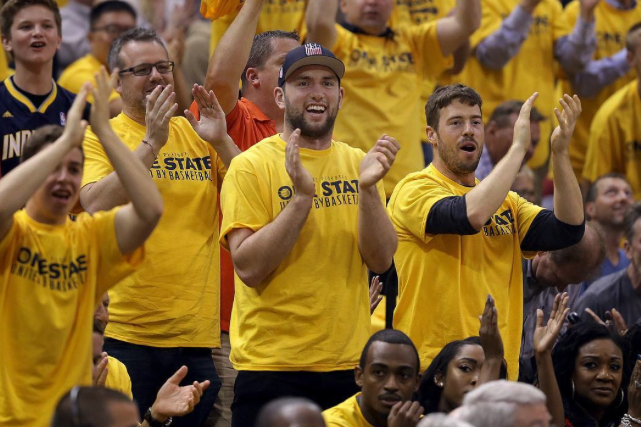 Quick Andrew, you’re on TV, do something cool!

I don’t know why but Andrew Luck always makes me laugh. Just a simple hat tip to the jumbotron with his goofy ass no swearing face is hilarious to me. He’s the innocent sports fan that just wants a good game and for everyone to try their darnedest. Probably called his parents after the game to tell them how he made it on the Jumbotron. Just a big old goof enjoying a basketball game with his friends. 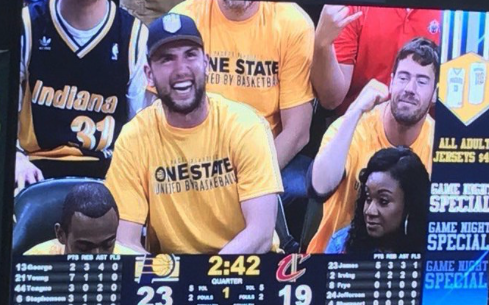 And you know he’s the guy in your section that won’t say anything when people around him swear but he’ll give “that look”. The come on guys, there are kids around, please don’t swear at this sporting event look. We’ve all seen it. After having a few too many beers and watching our team suck it up, sometimes you have to unleash a few profanities. And that’s when you get that side eye from the guy that won’t actually say anything, but he knows you know that he the thinks the only f word anyone  ever needs is friend.

The world could use a few more Andrew Lucks, not many more, but a couple more would be a good thing.