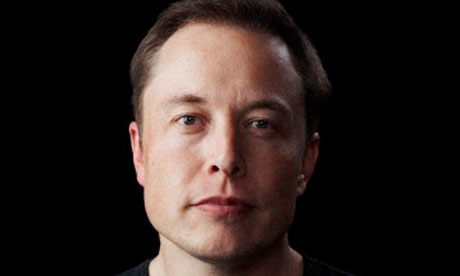 Mashable- Elon Musk is about to become a CEO of another company. Yes, the guy who’s already the CEO of Tesla and SpaceX will take on lead duty at a new company called Neuralink, which (ultimately) aims to merge the human brain with a computer.  We knew a tiny little bit about Musk’s new venture thanks to last month’s WSJ report, but now, WaitButWhy’s Tim Urban has an in-depth report on what Neuralink is about. Elon Musk wants to merge your brain with computers. And we do mean in-depth. This thing is colossal, starting with a course (I wish I could say “short course” but this part of the text alone has more than 10,000 words) on the evolution of the brain and human invention culminating with the computer. This is followed with a primer on the current state of brain-machine interfaces before the text moves on to Neuralink, with plenty of insight from Musk himself and some of the members of his new team. Read the report here if you have a few hours (bonus: there are drawings).

Here. We. Go. Ol Musky at it again. The part that article leaves out is that Elon Musk plans to make this happen in 7 years. 7 years! In 7 years Musky wants our brains to be completely taken over by robots. That’s his plan and people are just like, “cool that sounds awesome!” like a bunch of goddamn sheep. Open your eyes people. One, he’s not gonna get this done in 7 years. He won’t get this done in 70 years. I’ve said it a million times but Elon Musk is all about getting credit for an idea he thought even if he doesn’t see it through. Two, do people really want this? No way they do but they’re too stupid to realize they don’t want it. And by the time they do realize they don’t want this, it’ll be way too late. People are gonna say I’m crazy and that it’s only a meter of time and it makes me feel like Will Smith in I Robot. I’m the only sane one. It’s everyone else who buys this shit hook, line and sinker that are the problem.