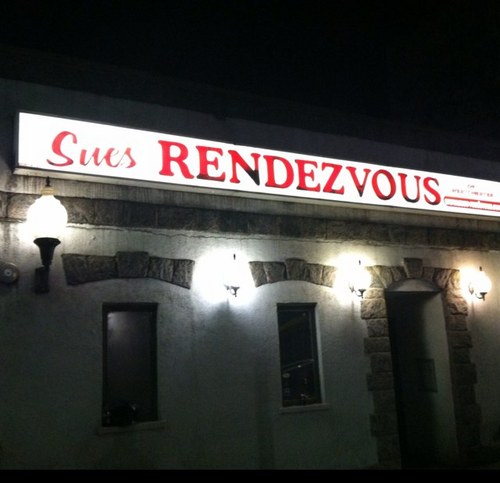 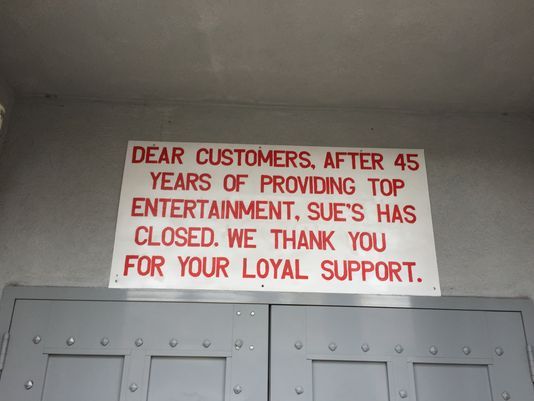 MOUNT VERNON – There’s no more pole dancing at Sue’s Rendezvous, the erotic nightclub that for years was one of Mount Vernon’s biggest attractions. The business at 96 Gramatan Ave. closed its doors about two weeks ago and it’s unclear whether it will reopen. Owner Gaetano Gizzo said a combination of legal troubles and changing clientele led him to close while he considers his and the venue’s future. Over the decades the club was a magnet for sports and entertainment celebrities, and its reputation as a party palace got Sue’s mentioned in several rap songs, including works by prominent artists Nicki Minaj, Jay Z and Notorious B.I.G. “I’ve been fortunate,” said Gizzo, 70, who hasn’t decided if he will move the club or do something else. “A lot of celebrities have come into this club…. When the Giants won the Super Bowl, they came in here. Mike Tyson, Floyd Mayweather, I can name hundreds of stars that came into this place.” While club enthusiasts may lament the closure, others were pleased. City Councilman Andre Wallace welcomed the news. “This is a great victory for the city of Mount Vernon to have this establishment finally off our main corridor, where our kids have to pass every day on their way home from school,” he said. “A strip club should not be the center of attraction for our city. We’re better than that. This is a great step in the right direction.” Gizzo, a former longtime resident of Mount Vernon, said lawsuits were one of the reasons his club closed. One of the most recent suits was filed a year ago by Falema Bruton, who alleged that the club violated state labor laws by illegally retaining tips and improperly withholding wages. The case is still winding its way through the court. Another issue was violence in and around the club. In October a woman was shot outside the club after a dispute among patrons spilled into the street, according to city police. In 2014, a 20-year-old Bronx man was shot in the leg after leaving the club. Gizzo said the incidents that occurred in and around his club were no worse than violence elsewhere. “These days it happens in schools, in churches, everywhere,” he said. “I can’t take people home after they leave my club.”

45 years. Pushing 5 goddam decades. Almost half a century of service. Thats not just a bar or a strip club. Thats an institution. Thats a mainstay. A pillar. Sue’s Rendezvous was to Mount Vernon what Tim Duncan was for the San Antonio Spurs.

You werent just going for some tits in your face. It was a life experience. Theres something about walking through metal detectors to go to a strip club that just ups the ante. When you saw the C-section scars, you just knew that there was a level of desperation in her dancing. It wasnt a game. It wasnt for shits and giggles. That chick was trying to get you to cum in your pants as a challenge in order to put food on the table. The teardrop tattoos or the exit wound scars almost scared you into giving a bigger tip. The shower that they had on stage wasn’t just for dramatic affect. It wasnt trying to be sexy. It was because those bitches needed to clean up.

You learned a lot about life at Sue’s Rendezvous. It wasnt just a boner and some mesh shorts that needed to be thrown in the washer when you got home. You walked out of that place with all those things, but also a greater appreciation for your own life. And also a little bit of fear for that life of yours as you were getting to the car because there was a strong chance someone would rob you and maybe kill you.

Thats what made Sue’s great. But apparently very, very regular shootings outside your club and intimidatingly ugly/aggressive women on the pole is not great for business. RIP In Peace, Sue’s Rendezvous. I’m sure Big Pun in getting lap dances inside the Sue’s located in heaven.

PS – Blame Derrick Williams for this shit. I think that was the straw that broke the strippers backs.