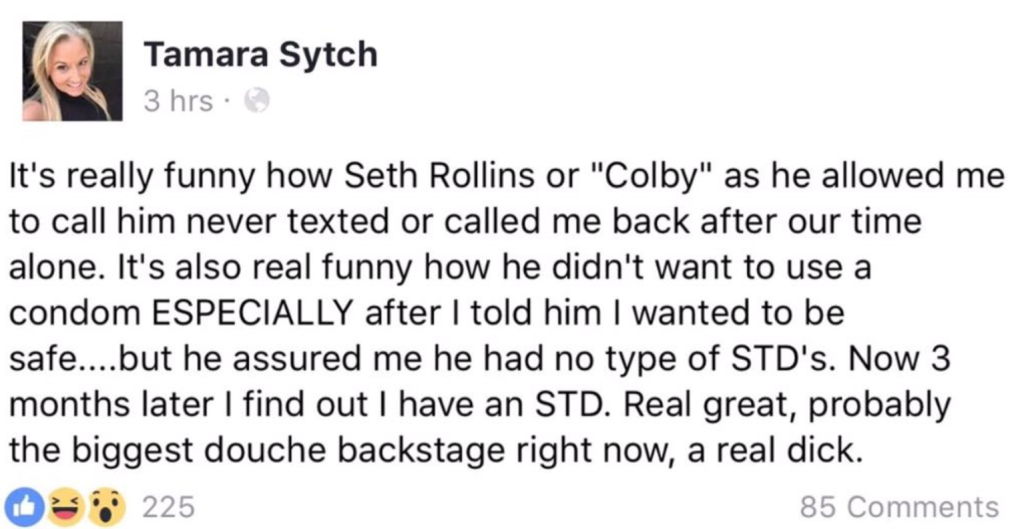 I’m gonna be careful with what I say here, because you should always take anything Sunny says with a grain of salt, but from what I understand, this is true.

Sunny was one of the OG smokeshows in the WWF. She wrestled, she managed, the whole deal. 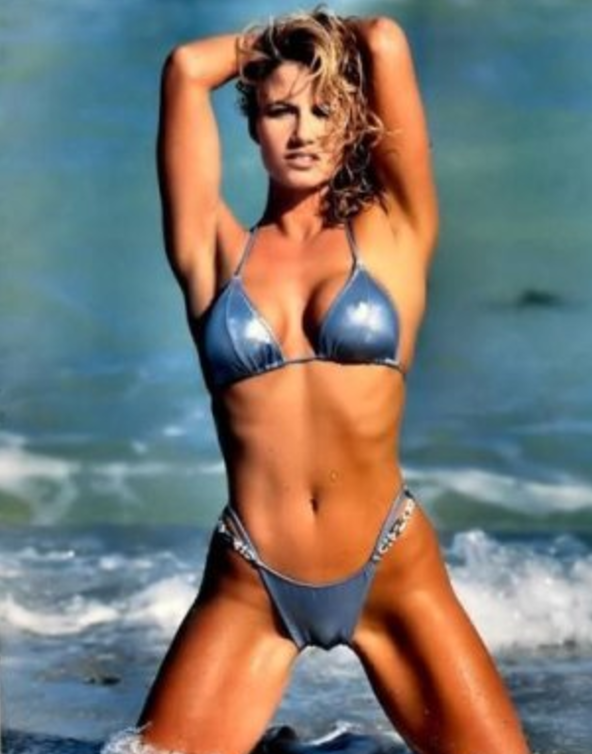 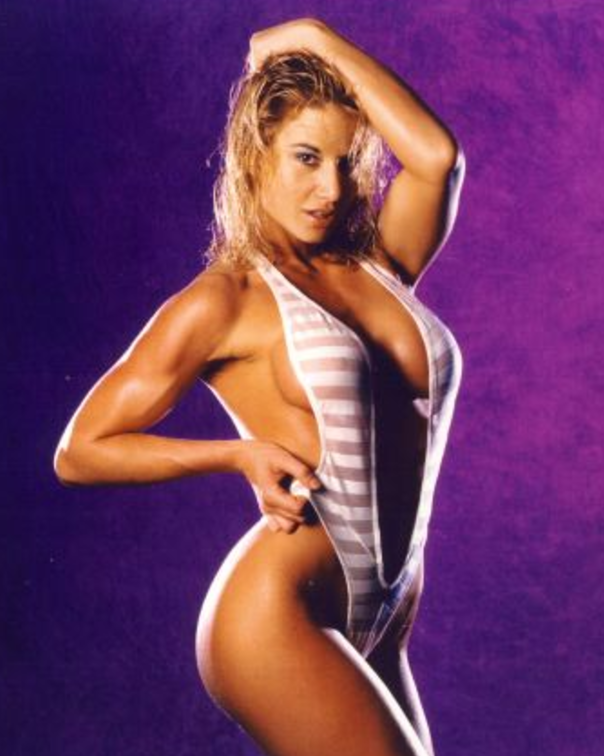 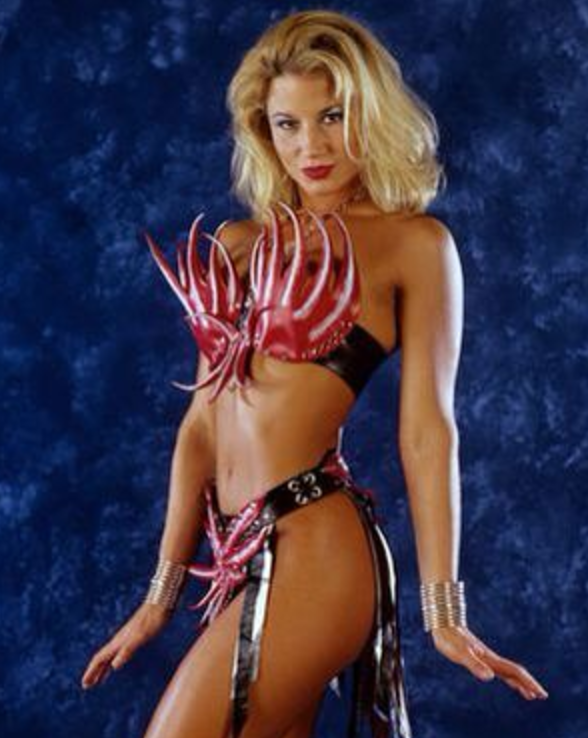 She infamously slept around the locker room a bit, and even let Shawn Michaels finger her while he cut promos.

Shawn Michaels Promo with Sunny (One Night Only… by megasting1981–

Now, with all of that being said, let’s go back to the first thing I said here. FROM WHAT I UNDERSTAND, THIS IS TRUE. Maybe I’ll mix in an allegedly so that dick “Colby” doesn’t sue Barstool.

From everything that comes to me through the grapevine, I’ve gathered that Seth Rollins is one of the bigger pieces of shit in the locker room, and sleeps around like the modern day HBK, so this is no surprise. It can be a massive issue for him and the WWE if others come forward and say the same, though, and I know there are others. Rollins dropping all contact with a chick as soon as he gives her his STDs has been a rumor going around since November. He’s like, addicted to sexting fangirls too. There was the original dick pic scandal in February of 2015, which broke while he was in the ring cutting a promo (legit laugh out loud funny seeing it come out on Twitter while he was on TV, as the crowd all started looking at phones), then there was the sexting scandal of September 2016, then there were random chicks coming out and claiming the same. Every time one breaks I get excited to read his bad dirty talk, for example:

“Got a fetish for a man in all black death suit?”

“What? You? Love turning me on with your sexy naked body? Nawwww…”

“I’m lying here in this big bed and you’re hot as fuck and I wanna get my hands all over that.”

and my personal favorite…

“I’m a lucky dude. I won the sexy ass lottery.”

Good luck to Sunny on her STDs.