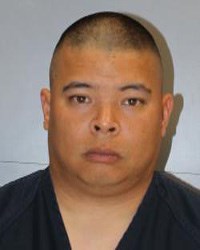 RICHLAND COUNTY, SC (WIS) –
A Richland County man has been charged with 24 counts of ill treatment to animals after deputies serving an eviction found dead animals in his apartment.

The Richland County Sheriff’s Department charged Hafner after the animals were discovered in an apartment on Meredith Square, which is across the street from Richland Northeast High School, while on April 10. Investigators found a 15-18 pound Beagle mix, one bearded dragon, two alligator snapping turtles and a variety of snakes, including extremely venomous ones, all dead in the home. “This home was in disarray, to say the least,” Clarke said. “There was a lot of fecal matter from the K-9 that we found deceased. There was personal papers, residual ammunition, and personal property belonging to the suspect. The house was in tremendously bad shape with a really bad odor of decomposition.”

Snake experts from All Things Wild assisted in locating the dead animals.

“He had actually posted something on the door that said venomous snakes, this was during a regular check of the air condition filters. At that point, it voided his lease. That’s when we discovered at least 24 deceased animals. Twenty-three were reptiles. Bearded dragon, albino, boa constrictors, eastern diamondback rattlesnakes and we did find one deceased dog that was in a bad state of decomposition.”

I’m not sure what this soldier was going through mentally but I’m gonna go out on a limb and say it was a lot. I don’t think you just wake up in the morning thinking that smell of rotting reptiles is actually good. You probably don’t think, “Hey! I love alligator turtles. I should get one! But, wait. Come on, me. I’m literally surrounded by a dead boa constrictor, eastern diamondback rattlesnake, and various other creatures. Am I actually a bad reptile, dad? Well, it’s hard to say.”

Truth be known, I learned something from this article. I had no idea that having a smorgasbord or unruly and poisonous pets would void your lease. I hope no one finds out about my gaggle of cobras or my legion of black widows. I would absolutely hate giving up my thousands of black widows. They’re my babies.