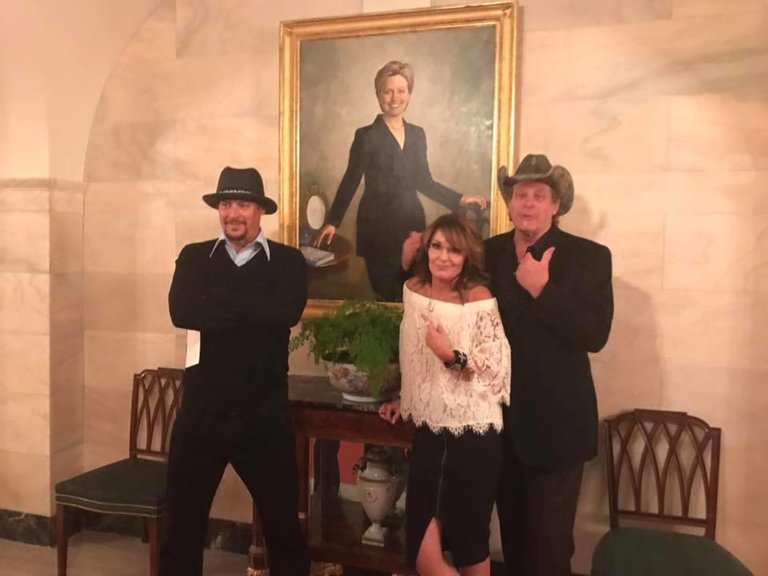 “President Trump’s invitation for dinner included bringing a couple of friends,” Mrs. Palin wrote on her web page, which displays a series of behind-the-scenes snapshots with a grinning Mr. Trump.

“Asked why I invited Kid Rock and Ted Nugent, I joked, ‘Because Jesus was booked,’” she wrote.

I love how much play the Hillary portrait gets in the White House. People just mock her ass every day. She’s metaphorically dead and gone. Been toast for 6 months which is basically an eternity in the news. Yet here these 3 are kicking her while she’s down/dead, and not long ago Trump “surprised” a White House tour right in her portrait’s eyeball. 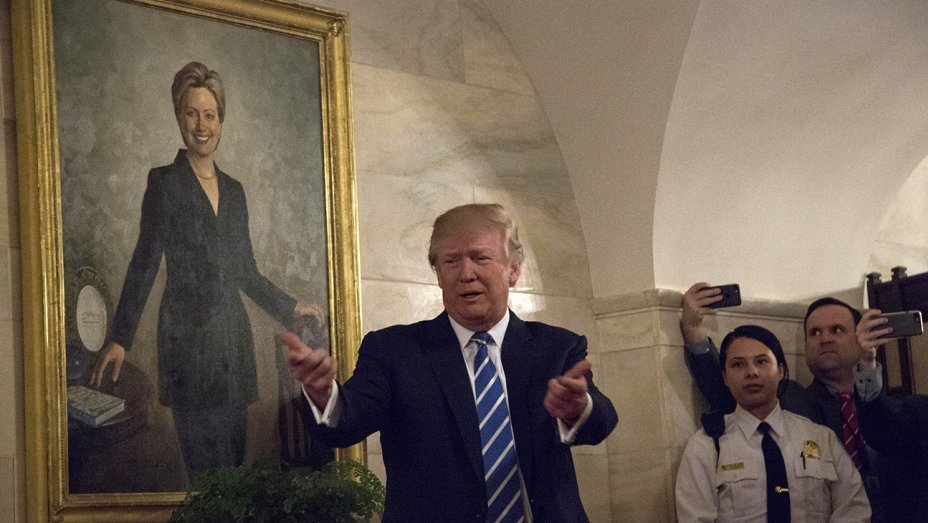 The pro-Trump crew are savages. Never seen a victorious political crew so committed to sticking it to the defeated. It’s great.

PS — How gross is this line? Get the hell outta here with your Jesus joke.

“Asked why I invited Kid Rock and Ted Nugent, I joked, ‘Because Jesus was booked,’” [Palin] wrote.

PPS — How about CNN doing a hardcore breakdown of the picture of these 4 in the Oval Office. So ridiculous this Chris Cillizza dude, a new CNN hire who’s brought in to write these kind of pieces, tried to get ahead of it by making fun of himself.