I do have to say that despite the fact that this young little skater gentleman may have been violently KO’d with a two piece and that his skull may very well be broken in the back, he handled himself about as well as you could given the circumstance. I mean going back to those meat fists that nearly ended his life wasn’t a wise move but he played his cards right there, ended up looking like less of a pussy after getting aggressively KO’d and took only a shove from the other kid as payment. A medical professional probably would have advocated staying on the ground but this is high school or college or some shit, no time for healing and trying to prevent further injury. There’s precious dignity to save.

But still, that other kid is not to be trifled with. CTE dude’s equally try-hard buddy was right to stay in this tough guy pose and not bite on his challenge: 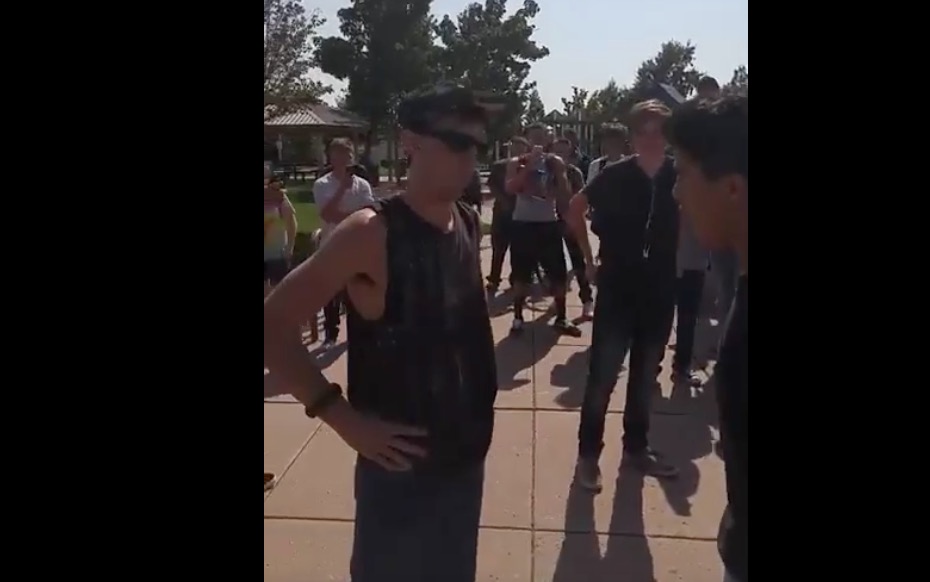 PS Pretty proud of that “Sk8er Boi” part, get you a blogger who do rhyming parody song lyrics using medical terms for serious brain trauma.