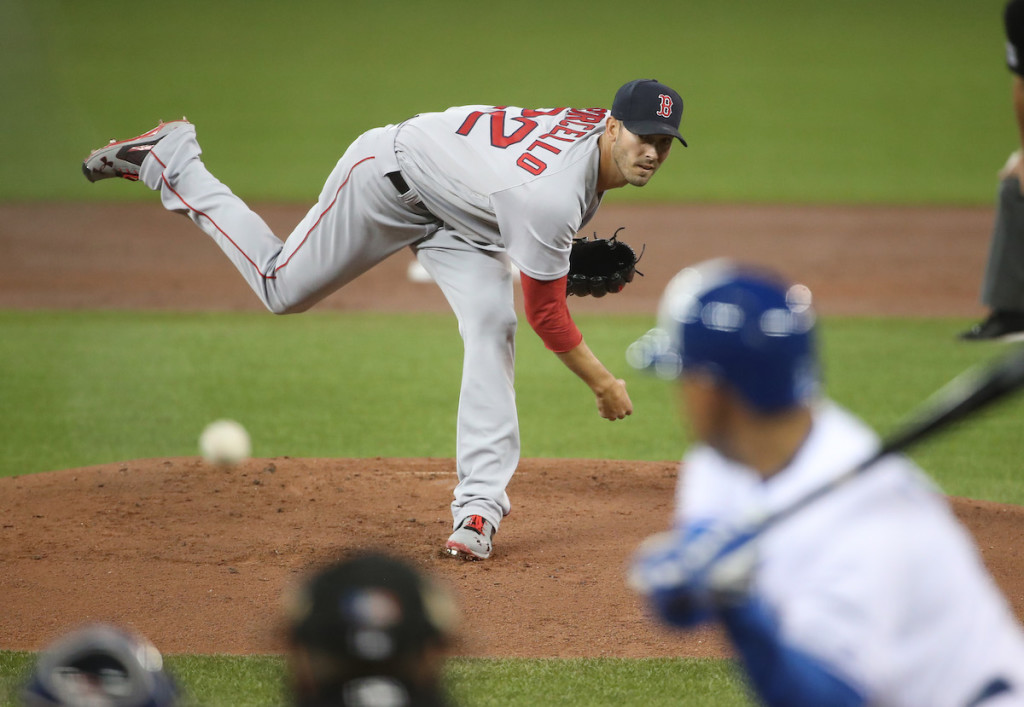 When you win the Cy Young award, you have to accept that all eyes are going to be on you the following year. That just comes with the territory of being the top dog.

Three starts into Rick Porcello’s followup season, and the “one-year wonder” narrative was already starting to make its way through the Boston water cooler circuit. His first couple of starts weren’t great. They weren’t bad, either, but they weren’t great. Couple of roughly six inning starts, allowing three earned runs in each. But then came the red flag start, allowing 8 earned runs and 4 home runs to the Orioles, something that he hadn’t come remotely close to doing last season.

Me personally, I wasn’t concerned about that start. It sucked, but I wasn’t pulling any fire alarms yet. I was more curious as to how he’d rebound from it, but I didn’t look at that start as a precursor for things to come. And just because he had a really good outing last night to follow it up does not mean that it’s smooth sailing from here on out. I’m certainly not in the boat that Porcello is doomed to be a one-year wonder, but I’m also not in the boat that he’s a slam dunk to repeat what he did last year. Does that boat even exist? I think the realistic take that most fans have is that he’ll be good, just not 2016 good. And that’s fine by me.

Last night, albeit against an offensively-challenged Toronto Blue Jays team, Porcello had his best outing of the year, going seven innings and allowing zero earned runs. The sinker was sinking, because he induced a season-high 14 ground ball outs, and threw a season-high 110 pitches. It’s a step in the right direction for a guy that the Red Sox are really going to need if they are to repeat as division champions, especially in light of David Price’s comments yesterday, which we’ll get to in a separate blog later today.

But for as good as Porcello was, he got slapped with a shit luck loss last night after allowing three unearned runs, all of which came in the second inning thanks to a throwing error by Pablo Sandoval, his third, and a fielding error by Mitch Moreland, his first. That was it. Those were the only runs that were scored all game. The Red Sox offense, after collecting 41 hits in their last three games previous to last night, mustered just six hits and no runs. It was the first time they’ve been shut out this year, while tying their mark for second fewest hits in a game this season.

If you’re looking for a bright spot here, Sandoval’s journey to hitting above .200 has finally been achieved. He was the only player in the lineup with two hits, and it was his second consecutive game with multiple hits. He’s 6 for his last 11, going from hitting .132 with a .507 OPS to where he is now, .224 with a .706 OPS. The last time that Sandoval was hitting .200 or better was the third game of the season.