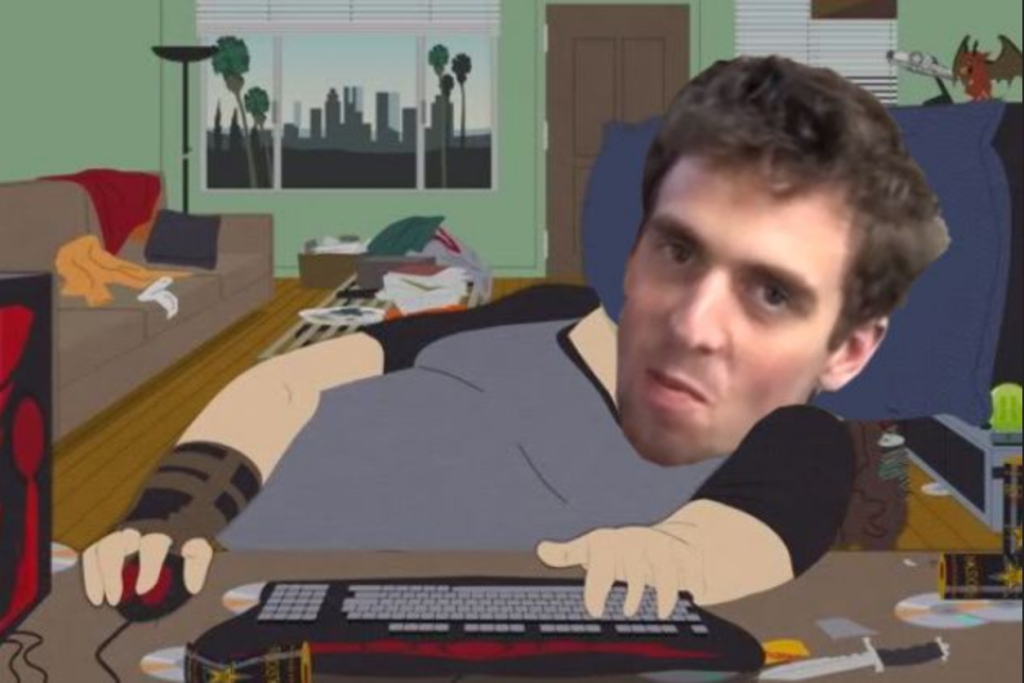 We all know I’m more of a slogger than a blogger, which is why I don’t post often but I had to get a few things off my chest regarding the absolute debacle that has become the Barstool Basketball team. As I listened to Barstool Radio today I first heard the Coach Nate vs Smitty drama which is another story all together. Then everybody’s favorite new blogger Francis came on and discussed his athletic prowess, how he basically saved the team from getting shutout, and was the sole reason Team Barstool lost by double digits instead of triple digits. At the end of the below clip Francis explained how he did not care about being called bad at basketball because it was merely his 8th best sport while taking shots at Dad Father Dixie for sitting on the bench at UNC. This is where my triggering began.

Let me preface this first by saying as a “professional” I don’t hate Francis at all. I think he is a very unique, talented individual who consistently makes funny videos because he works hard and puts alot of time and effort into creating them. As a fellow video creator myself  I respect his drive, his creativity and the product he puts out. However he does do a few things in the office that get me irrationally angry for reasons I can’t even explain. Things like laughing extremely loud at his computer until someone asks him what he’s laughing about, or when I want to #JJO in the middle of the day and he’s taking up all the space in the beanbag room 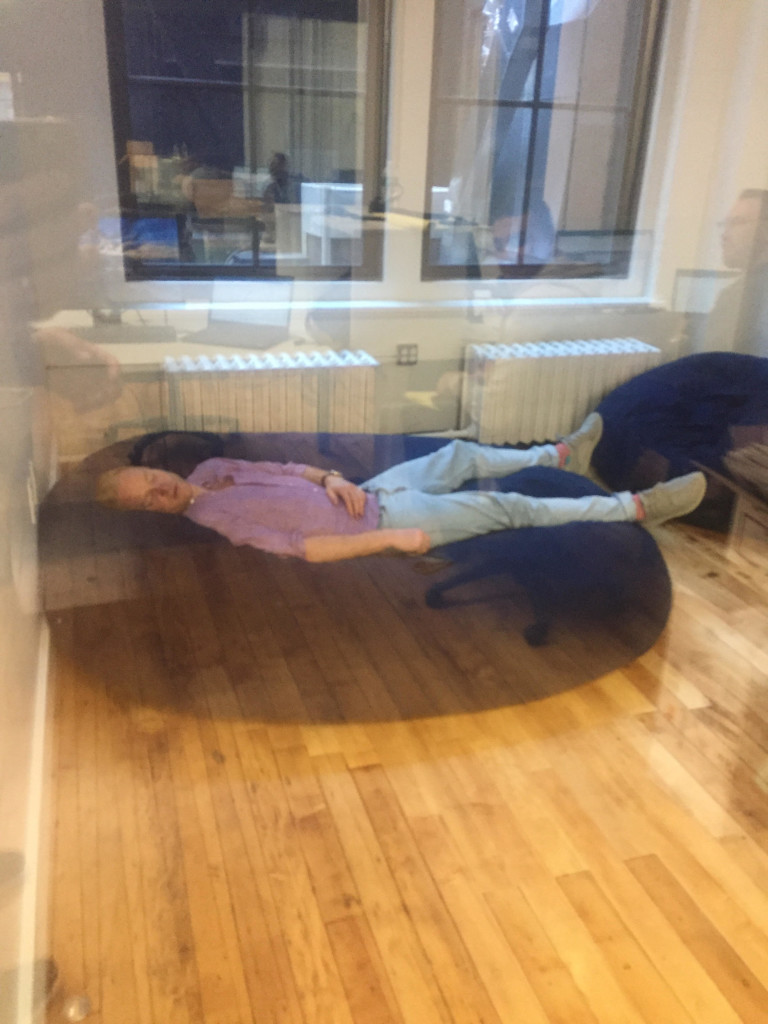 nothing major and to be honest I’m probably the bigger asshole for even getting mad about these things in the first place. Is it unfair for me to get so upset about such minor occurrences? yes. Is it likely because I am threatened by Francis’ in some way or another ? Probably. Is it because of his red hair? well,, that’s hard to say. Regardless, the inspiration for this blog was not about those things, it was about his comment at Caleb being a “Mascot” at UNC. Now,  I consider Caleb a brother the same way troops consider other members of their platoon brothers. 2 years ago we mustered up the courage, volunteered, and embarked on a dangerous journey through the heart of the South that would have left weaker men dead. The horrors we faced and terrifying things we saw as we traveled from frat party to frat party, 4 nights a week for four straight months, are sights I wouldn’t wish on my worst enemy and bonded Caleb and I forever. I know about the blood sweat and tears he put into that UNC Football program and the off season sacrifices he made every year to ensure he stayed on the team. So when I heard Francis diss my Dad Father in arms by calling him a “mascot” I had flashbacks to 2 years ago and felt the need to come to his defense immediately, even though nobody asked or wanted me to.

I decided the only thing to do as a capital J journalist would be to put my biases aside, look up the numbers and let stats do the talking. So without further ado, my scorecard in the category of “Best former d1 athlete that now works at barstool”

Actually played in a game
Caleb – no
Francis – amassed 2 points his senior year + caused a turnover against no.2 Cornell (ever heard of it) 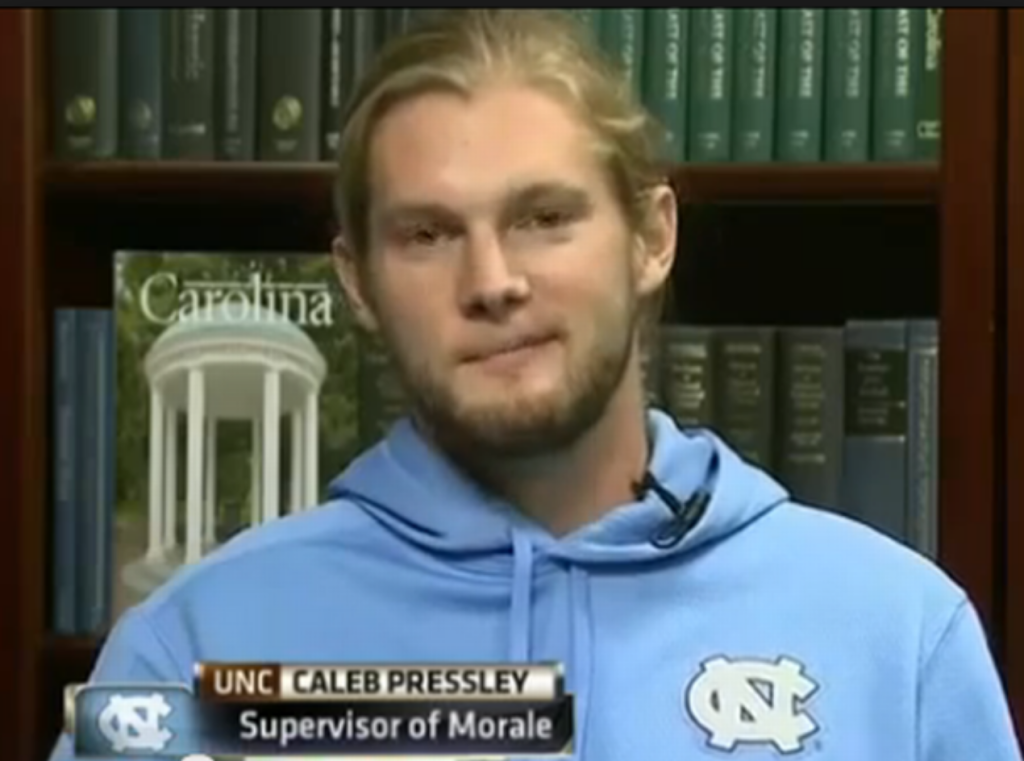 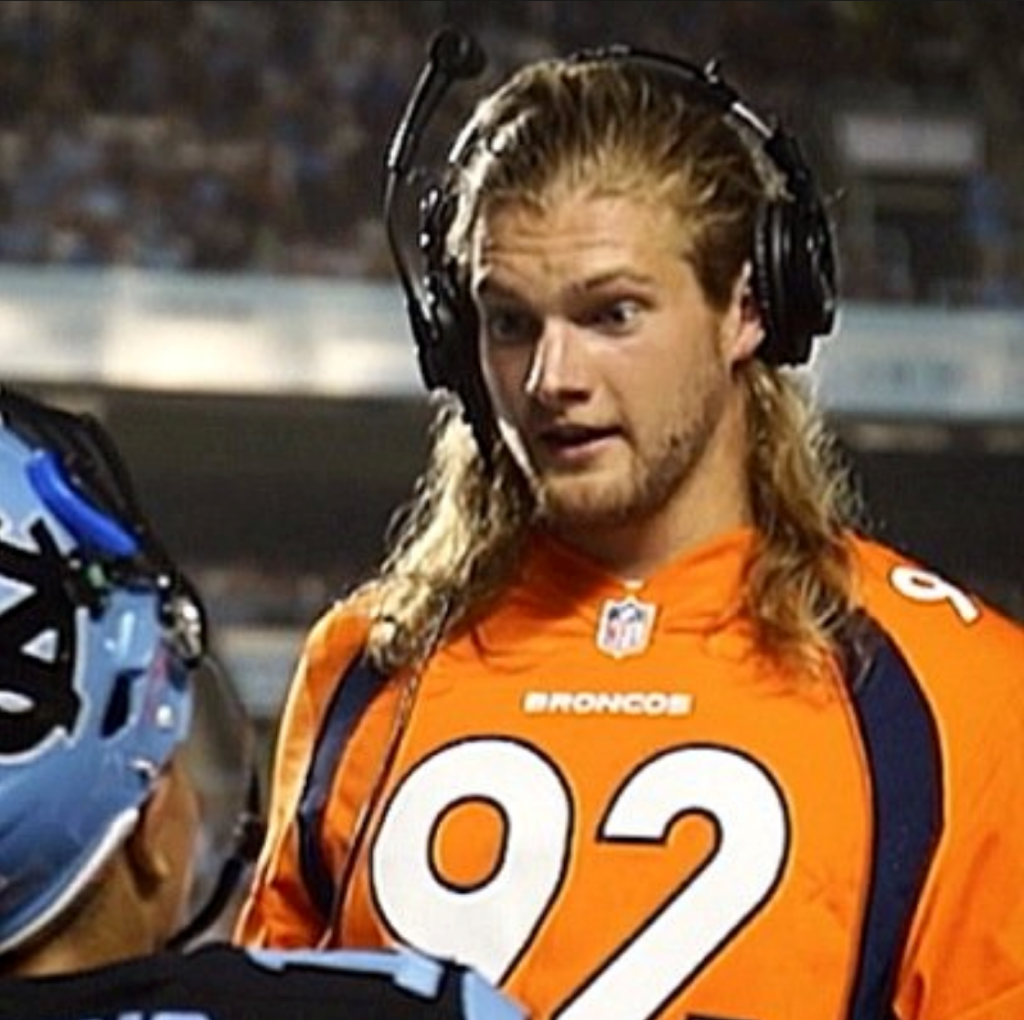 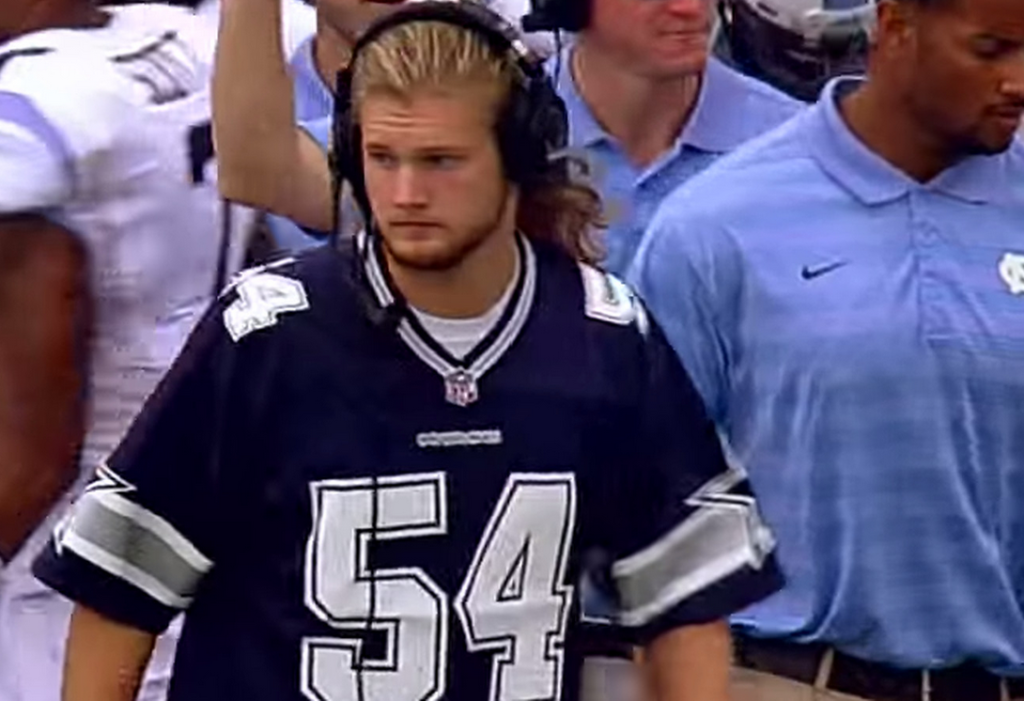 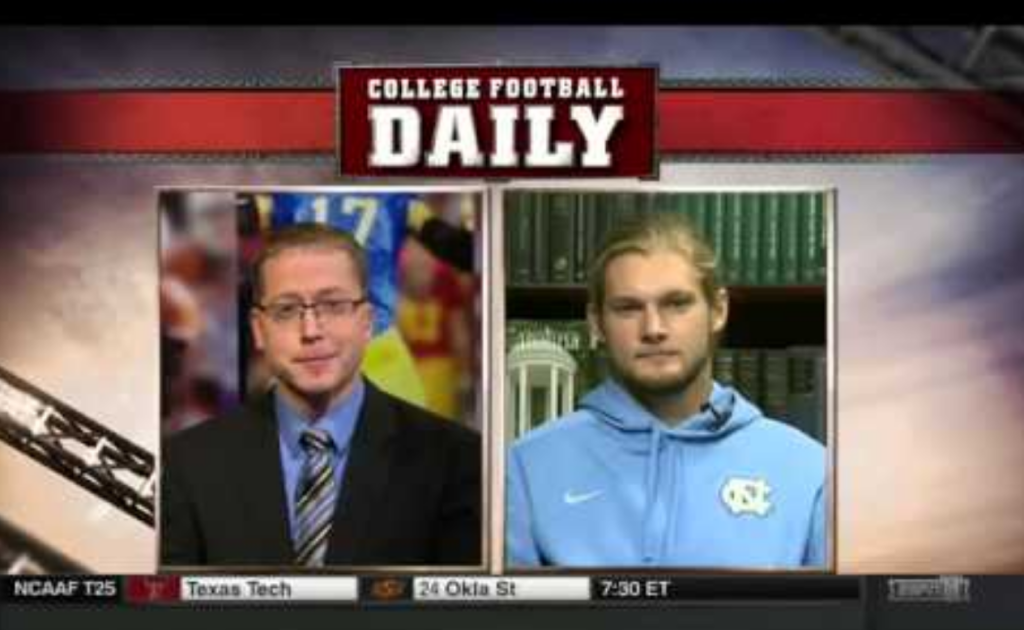 Found out he had cancer and responded by making a hilarious video just one day after finding out about it that set him apart in the race to win Barstool Idol.
Caleb – no, but he did get hand foot and mouth disease once and gave it to the whole office
Francis – (Skip to 9:05)

* 2 Fridays later after half the company left for a 2 week Super Bowl trip he found out that he, thankfully, never had cancer after all.

has made an appearance on the rundown
Caleb  – 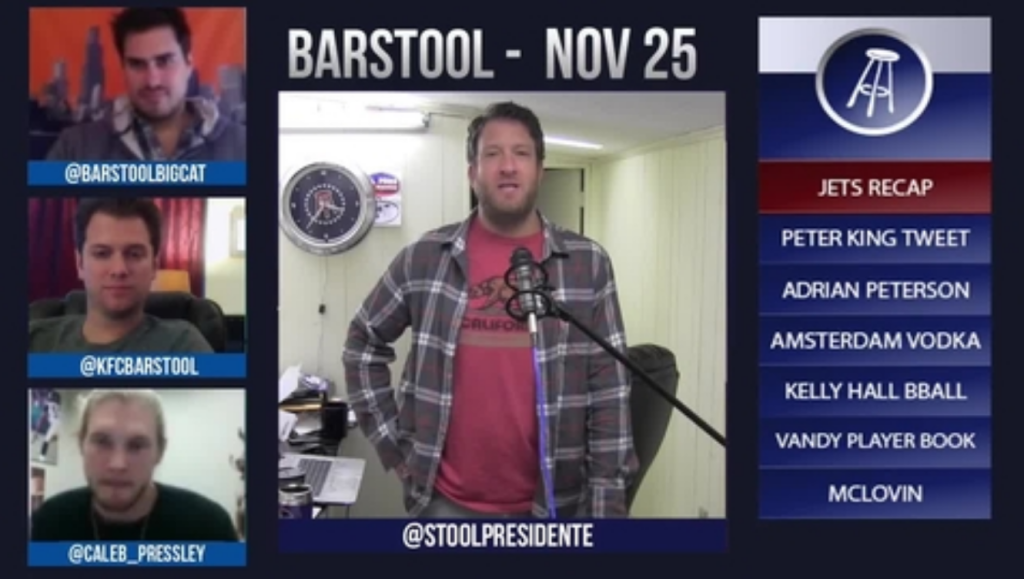 Francis – No, but this inspired him to start the Fundown which might be funnier than the rundown itself

Final Tally- we all lose for caring this much in the first place. Truth be told I only started to write this blog cause I had 3 or 4 tweets about the situation written in my head on my way into work and figured I should maybe just put all my thoughts into one blog which probably never would have seen the light of day anyway cause I never follow through when I start blogs. This apparently upset Francis quite a bit and he asked me repeatedly to not blog it because “I’m not a blogger” and its a malicious thing to do despite me telling him it was in not meant to be evil & that I just wanted to comment on the situation because for whatever reason his comments to Caleb triggered me and I felt like blogging instead of tweeting 5 separate tweets. Him trying to force me not to blog it only fanned the flames and made this blog your reading come to life. #SorrynotSorrey for being triggered. I will now go back to not blogging or reading. Thank you for your time.