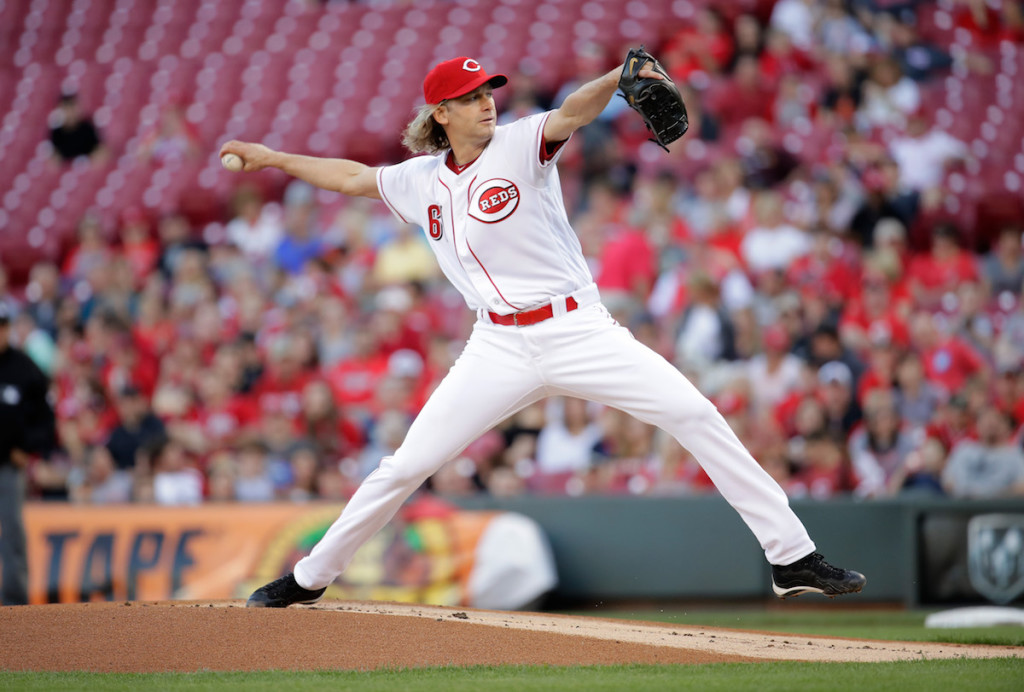 The last active major league player from the 2004 World Series champion Boston Red Sox is still winning ballgames out in Cincinnati. Bronson Arroyo was just 27 years old back then, and now he’s a 40-year-old junk-baller for the Reds. As is the case with most surgeries, the older you are, the longer the recovery is going to be. Arroyo had Tommy John surgery back in July of 2014 after making 14 starts for the Diamondbacks that year, and he’s been fighting his way back to the majors ever since. I completely forgot he even went to Arizona, to be honest.

But after three long years, he came back to the Reds where he had spent eight seasons after being dealt there from Boston for Wily Mo Pena. His first year in Cincinnati, he led the league by throwing 240.2 innings in 2006, and averaged 211 innings per season from 2006 through 2013. In that 8-year window, he threw at least 200 innings in all but one year. That year was 2011, and he threw 199 innings.

His first two starts this season didn’t go particularly well, allowing 11 earned runs in 10 innings against the Cardinals and Brewers. But last night, he went five innings against a powerful Orioles lineup and kept them to just three earned runs on five hits. He’s allowed at least one home run in all three starts, two each in his first two and one last night, but he has punched out nine batters in his 15 innings this year.

I obviously don’t think the Reds are expecting big things from Arroyo this year, but it’s really cool to see him still out there doing his thing, especially after how long it’s taken him to get back in the big leagues after his elbow surgery. The win for Arroyo was his first since beating the Dodgers back on June 15, 2014.