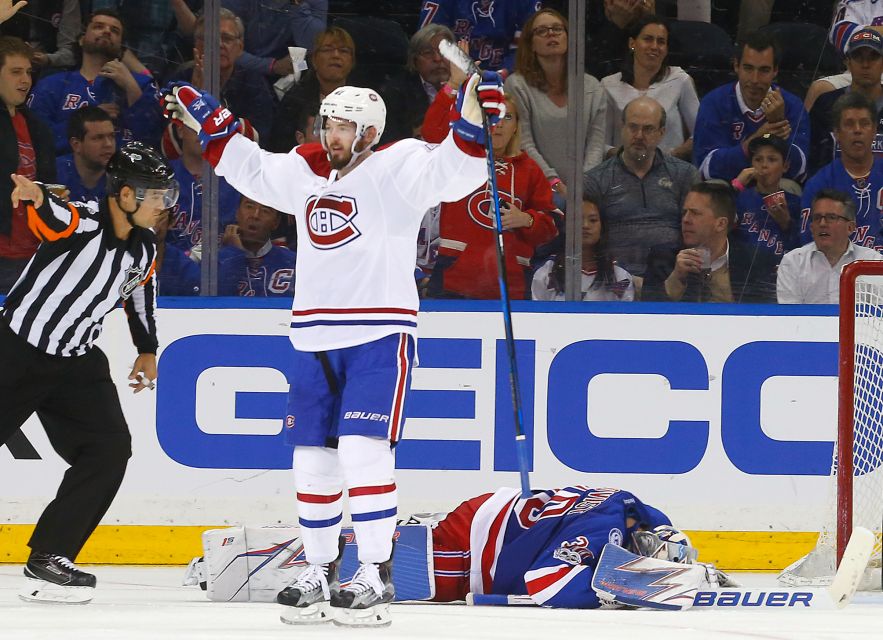 Feels like years ago when the Rangers were on the verge of sitting pretty with a 2-0 series lead. Less than 4 days later, not only did that 2-0 lead vanish but it feels like the motherfucking sky is falling. And that should tell you all you need to know about these New York Rangers. The series is exactly where it’s supposed to be in terms of home ice with the higher seed leading 2 games to 1. Yet after a lifeless effort Easter Sunday, there’s a feeling among Blueshirts fans that we might be tuning into a funeral tonight. I’m not saying it’s over, but with their recent playoff history at MSG & the way this matchup has taken a complete 180 it’s a struggle to find confidence in the Rangers ability to answer the bell.

That doesn’t mean they can’t or won’t. I swear, this team is a good one. Sometimes. It’s just a matter of whether or not they’ll adjust from AV on down. From the looks of things at yesterday’s practice & today’s AM skate, it certainly looks like personnel will change. Holden should be back in after Klein’s lackluster game Sunday & all signs point to Buchnevich making his NHL playoff debut with the Blueshirts looking for offense – especially on the power play. Even more interestingly, Buch flanked Zib & Kreider at practice. Zucc skated with Hayes & Miller while Grabs was on 4th line duty. Glass will most likely sit although he’s been excellent for his standards.

The players themselves have to adjust though as well. A coach can’t make instant on-ice decisions with the puck for you. He can’t force you to take those extra strides even though it seems like you’re out of a play. The onus is on the guys in sweaters, not in suits. Nor is it on the fans packing out the Garden. Does it suck MSG isn’t a maniacal home arena like most other playoff teams? Of course it does. I’d love for the building to be less corporate & more “true” fan-driven but that’s not gonna happen. You’re playing for the Stanley Cup though. It shouldn’t matter if you were playing in an empty venue. Give the crowd something to make noise for and I promise, they’ll be loud. A repeat performance of Sunday though & the Garden will be that empty venue until October.