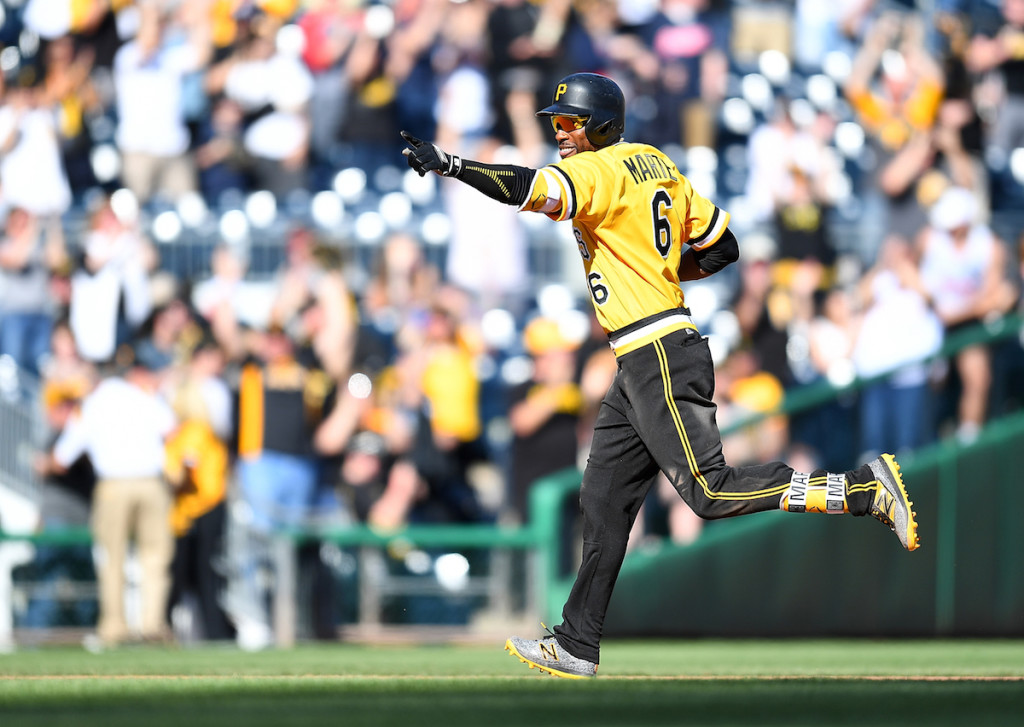 This SUCKS for the Pittsburgh Pirates. Starling Marte, Pittsburgh’s lone position player All Star from a year ago, has tested positive for performance-enhancing drugs and will have to serve an 80-game suspension. Here’s his statement:

“I have been informed that I have tested positive in one of the tests that are regularly done in my job. In this very difficult moment I apologize to my family, the Pittsburgh Pirates, my teammates, my fans, and baseball in general. Neglect and lack of knowledge have led me to this mistake with the high price to pay of being away from the field that I enjoy and love so much. With much embarrassment and helplessness, I ask for forgiveness for unintentionally disrespecting so many people who have trusted in my work and have supported me so much. I promise to learn the lesson that this ordeal has left me. God bless you.”

This is the number one thing that I hate about these steroid guys getting popped. Just fucking say you did it, dude. Spare me the “neglect and lack of knowledge” and the “unintentional” bullshit excuses. Marte tested positive for nandrolone, which is a steroid. An injectable steroid, by the way. You mean to tell me that you were injecting something into your body that you didn’t know was a steroid? Fuck outta here. Of course you knew it was a steroid. You were probably just told that you wouldn’t get caught if you took it.

Also, under the new CBA, if the Pirates make the postseason, Marte will be automatically ineligible for the postseason roster because of this suspension. I remember back in 2012, Melky Cabrera was handed a 50-game suspension for testing positive for testosterone, and he was due to finish his suspension prior to the NLCS that year, and he was actually eligible to play, but to the Giants’ credit, they did not add him to their postseason roster, and ultimately ended up winning the World Series anyway.

Like I said, this is a huge blow for the Pirates, as Marte led the team in WAR last year (4.9), and the next best player on the team wasn’t even close (Jung Ho Kang, 2.3). It’s also worth noting that Kang isn’t even on the Pirates roster, because he was denied his visa to enter the United States back in March after leaving the scene of a DUI accident in December.

The Pirates have a couple of options here — they can go with 25-year-old Adam Frazier, who has played at least one game in all three outfield positions at the major league level, most of which have come in left field, but he also has 16 games of experience in right field with just one error. The Pirates could entertain the idea of moving Andrew McCutchen back to center and putting Frazier in right.

Through the first 12 games, Frazier is hitting .308 with an .859 OPS in 43 plate appearances, so that could definitely be something they explore. They could also throw around the idea of calling up their top outfield prospect and their No. 2 prospect overall according to MLB.com in Austin Meadows, but he’s off to a slow start at Triple-A, hitting .162 with a .490 OPS and 10 strikeouts in 37 at-bats. I would go with Frazier for now, at least until Meadows gets in a groove down in Triple-A.