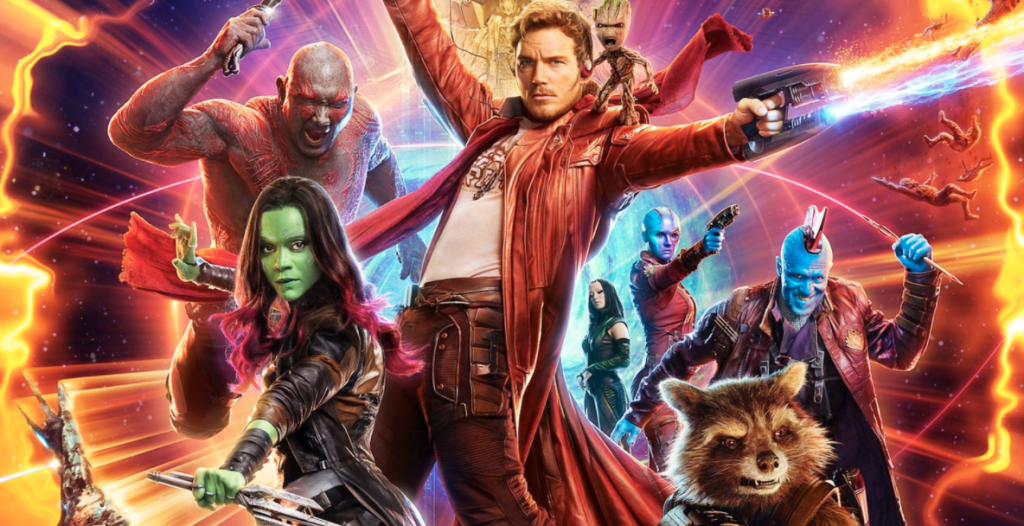 Guardians of the Galaxy Vol. 2 just screened for the media in select cities in preparation for tomorrow’s junket (stay tuned for our video interviews!) and early reactions have begun to surface online painting an extremely positive picture.

No wonder writer and director James Gunn was able to announce earlier today that he’ll be back writing and directing Guardians of the Galaxy 3! While we’ll have some excited news to share tomorrow, and later this week when our interviews begin to release, the early reactions also revealed something very exciting: there are four (4!) post-credit scenes attached to what the press saw with Guardians of the Galaxy Vol. 2!

That’s not only an increase over any previous Marvel Cinematic Universe production, but that’s a record setter for superhero movies. Three of the button tags are mid-credits bonus scenes – and just like Gunn promised, they’re mostly for fun and laughs – and there’s an additional one at the very end too. At least two of the four sort of set up important and cool things for the future so if there’s ever been a time to sit through the credits of a feature in cinemas, this is it.

FIVE?!?! So basically James Gunn decided to make whole short film at the end of Guardians Vol. 2. Am I upset? Not in the least bit. Marvel basically invented the post-credits scene and perfected how to grab every audience members brains and tease the fuck out of their next movie. Well, with Avengers Infinity Wars coming out next May, Marvel is going big and we should expect most of these scenes to be directly related to that mega blockbuster. We’re a little over two weeks away from Vol. 2 being out in theaters and I for one cannot wait. Lately, I’ve just torrented (Not Pirate Simon style) every movie that’s come out, or found it online somewhere, but not this time. I’m 1000% going midnight release to Guardians 2 and I’m going to enjoy all two hours and 18 minutes of it….and the half hour of post credits scenes as well thank you very much.

Last night the cast of Guardians 2 was on Kimmel and it was great because Chris Pratt is the coolest guy on Earth.

guardians of the galaxy+ 3 Tags