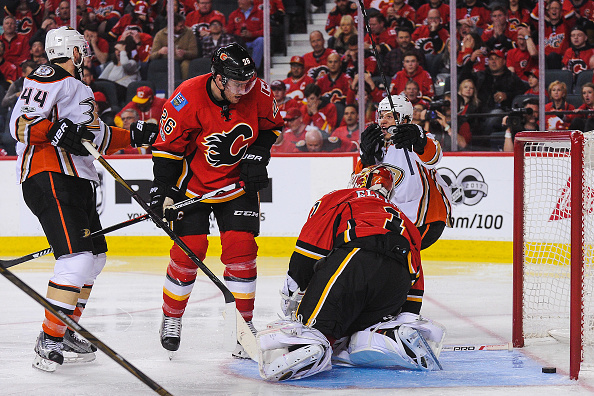 Things haven’t exactly been going well for the Calgary Flames so far these Stanley Cup Playoffs. They dropped both games in Anaheim and then had a chance to get themselves going in the series last night after taking a 4-1 lead at home. But then they went ahead and blew that lead, were forced into overtime where that rat bastard Corey Perry stomped on their hearts and put them in a death grip with the 3-0 series lead. I guess that’s what they get for letting me, a Philly fan, hop on the Flams bandwagon. Got my Philly stink all over them.

With that being said… the Stanley Cup Playoffs are a grind. You can be down but you’re never out until that final whistle. It comes down to whoever works the hardest. And lucky for the Flames, they’ve got 2 of the hardest working beauties in the game showing them how it’s done out there.

If there’s one thing in life that I know to be true, it’s that you always wanna use the crossies to exit quick.

This is probably my east coast elitism coming in here but I’ve never really thought about what life would be like living in Alberta. Whenever I think of Canada, I think of Toronto and Montreal and Ottawa. Maybe every one in a while I’ll remember about Vancouver but never really considered the fact that people actually live in the middle of the country (outside of Todd and Gordo of course). But I guess this is it. Just a bunch of cowboys living the dream. Not a care in the world. Think they give a damn if their edges get royally fucked by skating on concrete? Think again, buddy. That’s just Cowboy Life.

So here’s to hoping the Flames finally figure out how to use that back leg and really dig into their strides to push this series to 7. 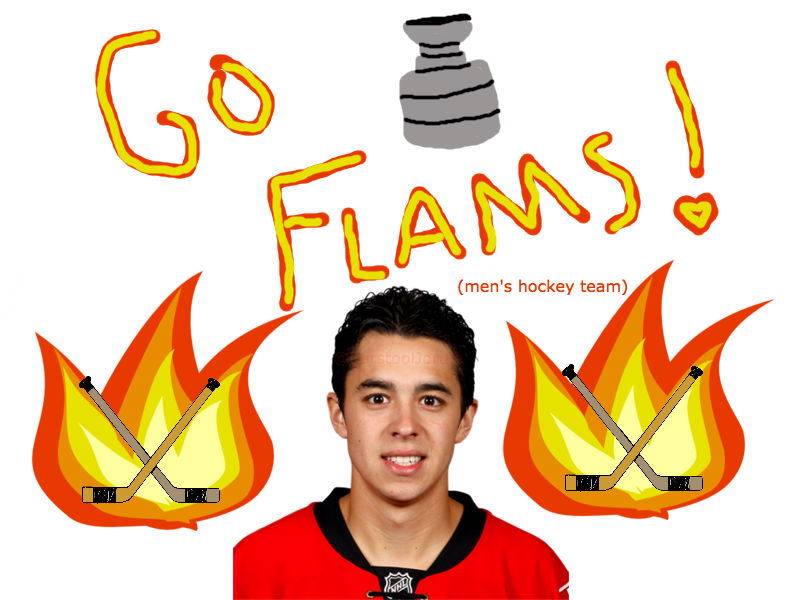