@politico Appears, in another angle, that he threw it back to the teen who handed it to him. https://t.co/LdEGQR7gvq

Boooooo. God dammit. I don’t want to see this clip. The story’s way better when it’s Trump grabbing some poor kid’s hat, signing it, then tossing it away to the crowd. Wayyy funnier. That’s the villainous, hilarious Trump we all know and love. That’s ratings machine DJT.

But this? Well this is just Donnie playfully tossing a hat back to its rightful owner. Boring. I do love though that this is the shit journalists are reporting on. It’s one thing if it’s us smut professionals breaking it down frame by frame, but it’s another when it is legitimate, journalism-schooled reporters dissecting who exactly Trump tossed a signed hat to.

Also, pure gold how stupid some of these exchanges/comments look on the original clip. 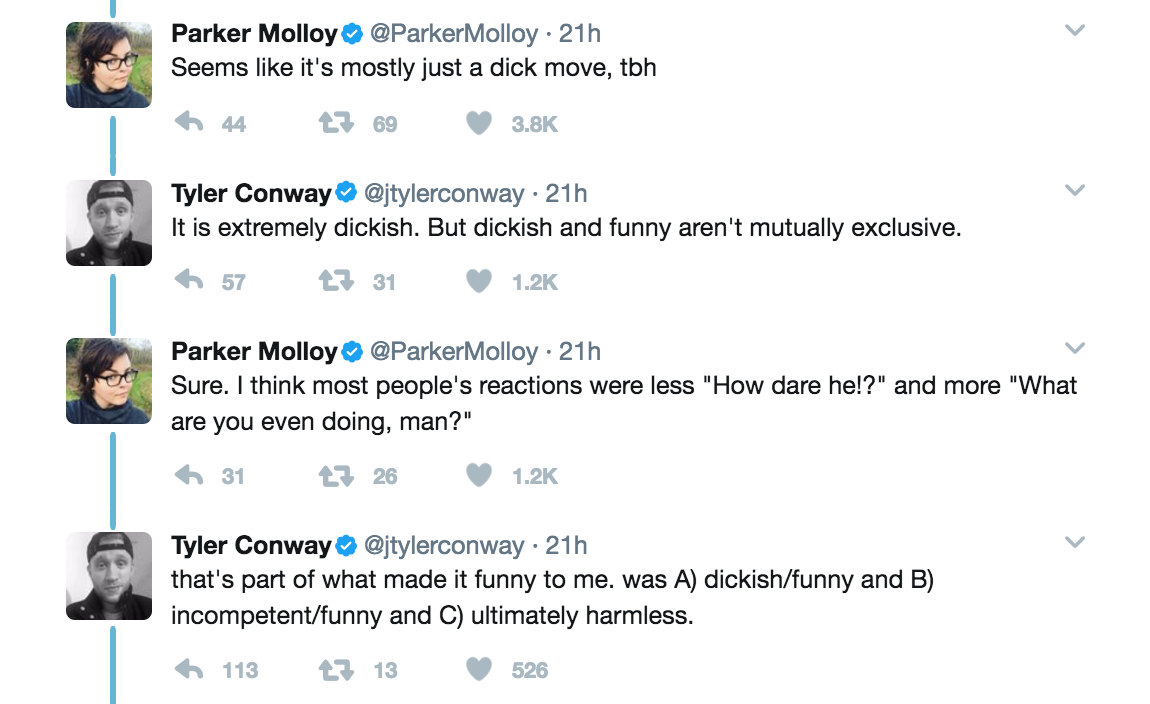 Yeah that or he was just tossing the hat back to the kid he signed it for.