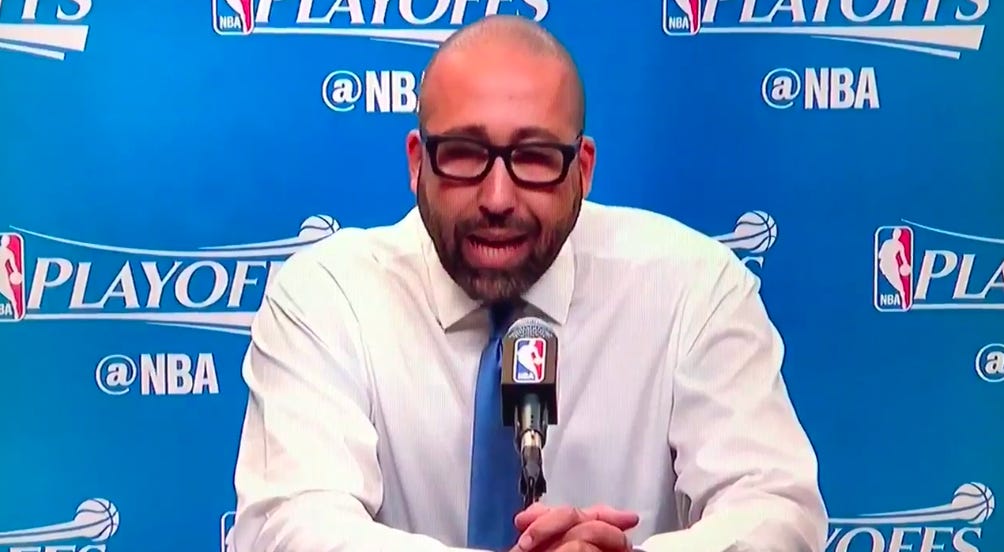 Bravo!! Bravo!! To quote one of the more influential albums of my adolescence “Tell em why you mad son!! Tell em why you mad!!” What an incredible postgame rant from David Fizdale here. The best part? He’s not wrong! The Spurs absolutely had that home cooking but guess what, that’s what happens. Late in that fourth quarter, it was comical how Memphis could not buy the benefit of the doubt. Couldn’t buy a foul on one end, and then you had shit like a jump ball called a foul on Gasol, Kawhi with a definite offensive foul called on Gasol as well a little later, I am 100% firmly on Fizdale’s side. Grizzlies got boned.

But with a rant this great, it deserves to be broken down because this puppy is filled with all timers. In no particular order

The pause was everything. The mini mic drop before things really started going. Like I said, you can’t say Filzdale is wrong if he’s just stating facts. You can tell he’s talking with a certain level of confidence like “go ahead, try and tell me I’m wrong. Go ahead please I beg of you”. I took this as him basically calling out the league for slurping on Kawhi. I mean those numbers are pretty staggering.

2. “I know Pops got pedigree and I’m a young rookie, but they NOT GON ROOK US”

It took 50 seconds to get to but that right there is your first money shot. Welcome this line to the future of every highlight of coaches raging at the podium. Think Fizdale gives a shit that he’s a rookie coach? That man demands respect and fuck you if you don’t give it to him.  You know those refs have been buddy buddy with Pop for years and Fizdale has had enough of it.

The fact that we aren’t selling that tshirt right now is a travesty. I don’t know where this ranks in terms of mic drops, but it has to be pretty high up there. Take that for data? How do you argue with that? In an age of analytics that was the perfect nerd burn. And to be honest Fizdale kind of seems like a nerd, only a nerd that will kick the shit out of you and should not be messed with.

To be honest, this is probably the best thing to happen to the Grizzlies in what will most likely be a relatively short series. He’s walking into that locker room straight Vince Mcmahon style

and I guarantee his players absolutely love him for it. When you take a step back and realize the Grizzlies don’t have a pick this year, and won’t really have cap space this summer, this group essentially has to buy in. In the immediate future this helps light a spark heading into a season on the line Game 3. Long term, players are going to see stuff like this and who knows maybe it helps make Memphis look more appealing. Fizdale was already extremely well respected when he was on Miami’s staff, this can only help.

Personally, I tip my cap to such a dominant performance at the podium. Sure maybe things would have gone better if they didn’t give up a three, get blocked, give up a Kawhi basket, miss a three, give up another three, miss another three, and miss a layup all within 3 minutes of cutting it to 75-80. But who cares about that stuff, still a great rant.

Then you have Mike Conley, little different reaction 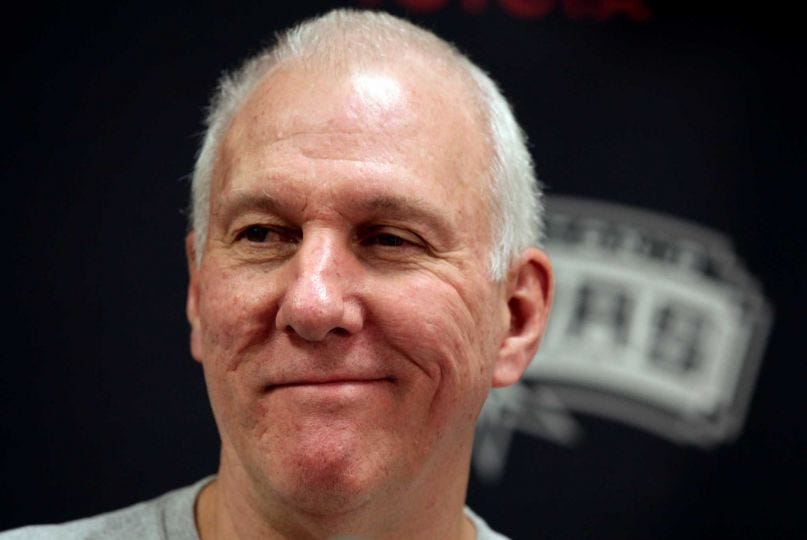