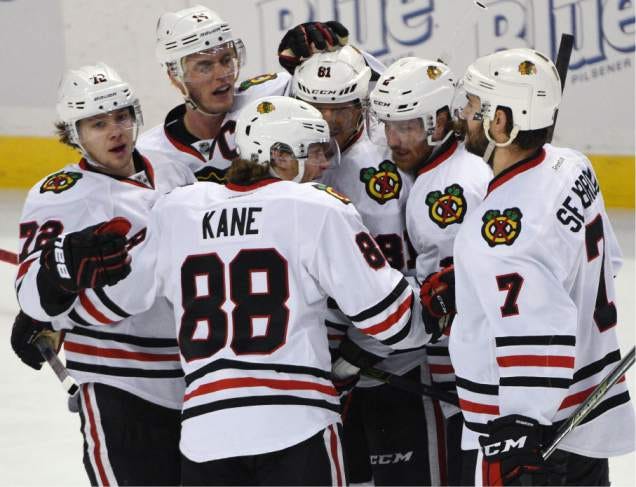 I’ve seen a lot of ideas floating around out there about the Blackhawks woes so far in this series. Pekka Rinne is in the zone, the Preds are too good, the Blackhawks are too old, Joel Quenneville is getting out-coached, bad luck, MECURY IS IN FUCKING RETROGRADE. There are two things that will make all the difference in the world for the Blackhawks. Attention to detail and effort. That’s all its going to take. The Predators have straight up out-worked the Blackhawks early in this series. Out-worked, and out-played. That’s fact. They earned those wins. They have been animals, and the Hawks haven’t been. The Blackhawks need to get back to having good habits, and bringing the type of championship effort we saw earlier in the year and in the past ten years. The Predators have played their system to a T and the Blackhawks have played right into their hands. Believe it or not, Nashville didn’t invent the neutral zone trap and they aren’t the first team to use it against the Blackhawks. If the Preds are trapping and slowing down the neutral zone and forcing the Hawks to chip and chase, don’t just fire it in the zone. KNOW where you’re putting it in the zone. Put the puck in an area where your guys have a chance to win the race and then F2 and F3 have to support so the Preds can’t just fire it out of the zone. That’s the attention to detail. And when the Hawks put the puck into good areas, they have to win the fucking race. Win the battles on the boards, and if somehow the Preds Chip it out, well F3 better be bombing his ass out of the zone to pick up the stretch/lob/chip out of the zone and choke the preds out and then head back in again. Its not rocket science, its fucking hockey. And when one line plays the right way, and then the next line out does the same, and the next one, and the next one, and keep they running then it becomes a fucking TIDAL WAVE of pace, fire, and opportunity for the best team to make plays and get the puck to the front of the net and that’s when the goals come. It’s all right there for them. They just gotta have that thunder in their chest, and lighting in their hands. LETS FUCKING GO. GAME 3, FUCK NASHVILLE. One win and the Hawks are right back in this series.