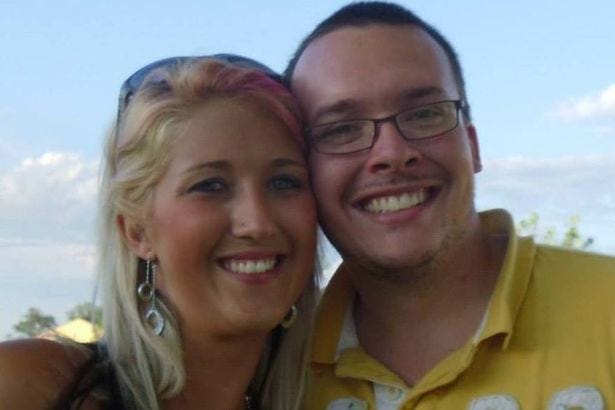 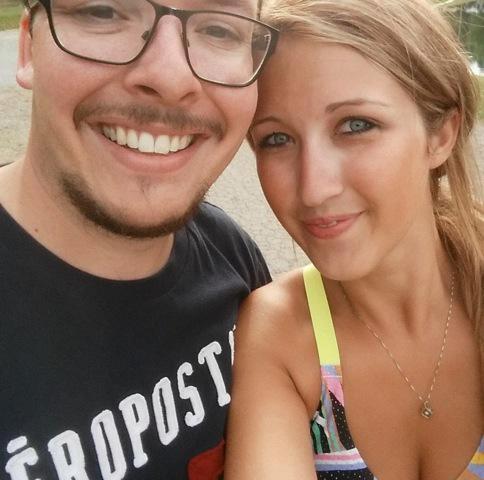 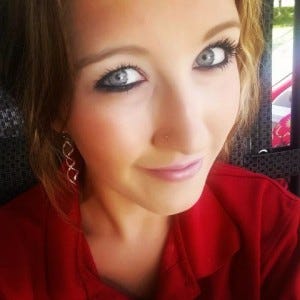 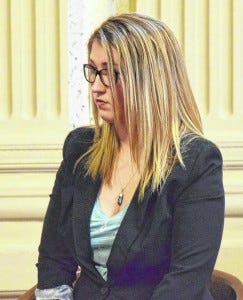 Ohio – A former substitute teacher in Putnam County pleaded guilty Thursday to sexual battery, a charge that carries up to five years in prison, for having sex with a student at a school where she taught.

During the same hearing, a prosecutor said Jessica Storer’s husband, Derrick Storer … pleaded guilty to three counts of first-degree misdemeanor furnishing alcohol to a minor. He is scheduled to be sentenced May 16 and faces up to six months in jail on each count. …

[Prosecutor] Shun read a statement of facts into the record that included Storer and her husband providing alcohol to a group of children they invited over to their home on Nov. 26.

The teen Storer had sex with was a student at Pandora-Gilboa High School where she had worked as a substitute teacher at least five times.

Storer immediately spoke up, saying the student was not intoxicated. …

“I was engaged in sexual conduct with an 18-year-old student,” she said.

The boy said he was at Storer’s home the evening of Nov. 25 and spent the night. He said he drank alcohol Storer provided, according to court records.

The teenager told the police chief he had sexual intercourse with Storer on the morning of Nov. 26 at her home, according to court records.

Every SST’s husband is cucked to some extent. But Derrick raised being emasculated by his wife’s teenaged sex partner to an art form. From the top of his hipster neckbeard to the soles of his shoes. Jessica and this kid couldn’t have humiliated him more if they tied him up with his Aeropostale shirt, shoved his oversized 90s Costanza glasses up his ass and did it in front of him. Which, reading between the lines, I kind of get the impression they did. It just sort of sounds like that was the whole point of the party. I think your average husband doesn’t throw a drinking party and tell his wife to invite the kids she substitute teaches without him wanting to see her get railed the next morning. And November 26th was the Saturday of Thanksgiving weekend, so it’s not like they waited for him to head off to the office in the morning before the kid came slipping in between her sheets. No, my money says Derrick Storer is one of those guys who shows how much he loves his wife by supporting her career. As a Sex Scandal Teacher.

The Grades:
Looks: Jessica is the prototype of the solid, not spectacular prospect. She does everything right, but won’t blow you away on film. That court room photo is my favorite because she’s replaced the overdone white trash eye shadow with a nice pair of glasses to show the judge she’s very brainy and professional. And because it looks like she’s hiding a pretty nice body under there. Again, not one of the greats, but good.
Grade: B

Moral Compass/Bad Judgment: There’s plenty to like here anyway. And I particularly like a substitute teacher pulling this move because if you think about how fast they have to work just to learn a kid’s name, much less get his contact info, follow up and make the sex happen, it’s impressive as hell. Plus we get the admission under oath. But the cucked husband element just seals it. And to think he’s facing a year and a half in jail. That is dedication.
Grade: A-

Intangibles: I love, love, LOVE the courtroom outburst. Interrupting the prosecutor to set the record straight. “Objection your honor! The student was NOT drunk! Yes, he came into my bedroom in the morning and fucked my brains out. But I want the record to reflect that we had hungover sex, not drunken sex!” That really settled his hash.
Grade: A