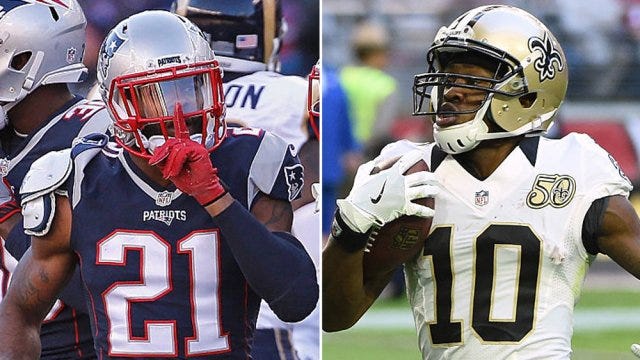 @QJohns0n @CoreyValeary @DaBossJohn @TBob53 In the end, the deal will essentially be a Butler-for-Cooks straight swap. — Jeff Duncan (@JeffDuncan_) April 17, 2017

In the words of Michael Corleone, I don’t know this Merle. I don’t know what he does. I don’t know if Jeff Duncan of NOLA is reliable. If he has sources in the Saints organization who give him quality information or if he’s like so many Boston reporters who pull just clickbait out of their asses. But on this notion that the trade of the Patriots’ first round pick for Brandin Cooks will actually turn out to be Malcolm Butler for Cooks? I’m afraid I’m going to have to buy what he’s selling.

It just makes way more sense to me that Belichick would make a player-for-player swap of two guys that have given their teams every indication that they’ll be a bitch to re-sign than he’d ship the 32nd pick off for a wide receiver. Especially with no other picks in the top 70. I said at the time when the No. 32-for-Cooks rumor was first out there that it didn’t add up. The Patriots don’t value the position enough to draft a wideout in the first, so why make the trade? Even for a guy with Cooks’ curriculum vitae. But it does make sense in the context that they wanted to make the even exchange at the time, but with Butler’s agent dicking around in between slip & fall lawsuits instead of signing the tender, the teams’ just agreed to use the Pats’ first rounder as a place holder.

That said, just because I believe this report, doesn’t mean I love the idea. Even if the players are of equal value, I’m just philosophically opposed to trading a corner for a receiver. They spent way too much treasure and spilled way too much blood trying to find one Malcolm Butler. And for every Leigh Bodden and Shawn Springs-like disaster on one side of the ball, they’ve always managed to come up with a serviceable Reche Caldwell or Brandon Lloyd on the other. And be among the league leaders in points. Plus I’m still fixated on the notion of pairing Butler and Stephon Gilmore as a cornerback Combo Meal of awesomeness, even if it’s just for one season.

If this report is true – and I’m assuming it is – the Pats don’t share the sentiment. They don’t want to get nothing for Butler next year and they’re not interested in franchising him. So getting a 23-year-old legitimate deep threat to exploit defenses that clog the middle the way Atlanta did for 43 minutes of the Super Bowl is the next best thing. And they’ll take their chances getting the next Butler once they get their pick back. In an off-season where they’ve torn up the blueprint and done everything in the most un-Belchickian way ever, it makes about as much sense as anything else.