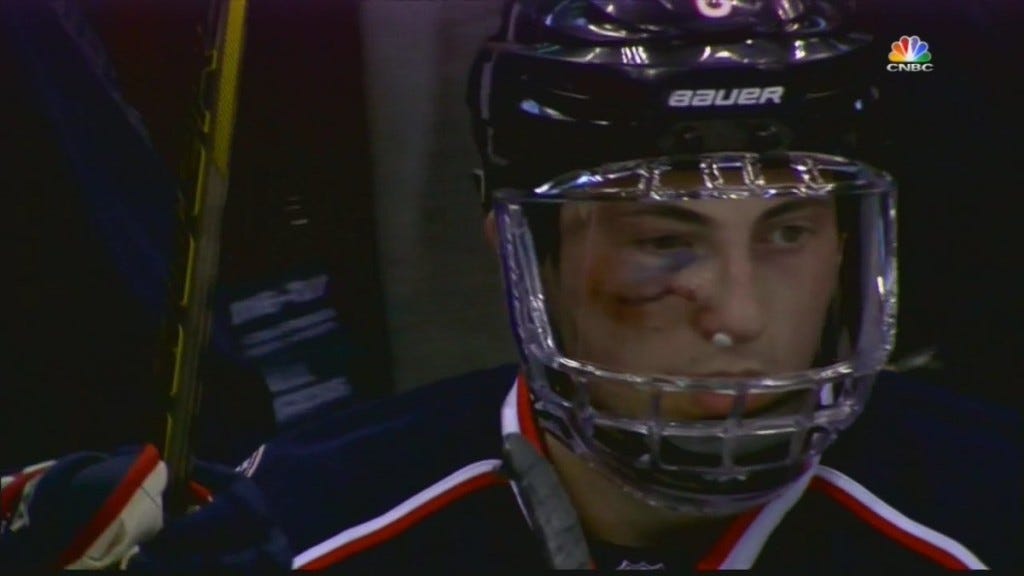 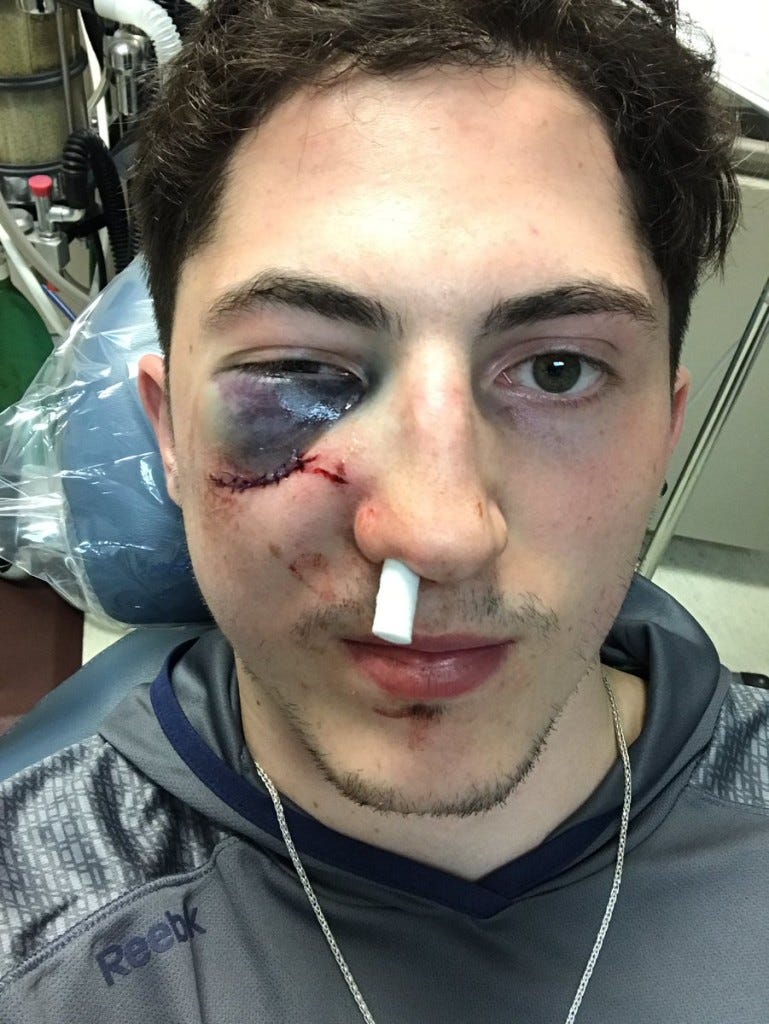 By now we’ve all seen Zach Werenski’s busted up face about a million times today. If you’re lucky, maybe you’ve even heard or read a joke about how it looks like Werenski just got kicked off a United Airlines flight. If not, here’s about 72,000 for ya. Anywho… Zach Werenski was the epitome of Hockey Tough last night. Kid took a puck to the face, got stitched up, threw a fishbowl on his bucket and went back out there to try to finish the game. Unfortunately he couldn’t get any tick during the overtime period because his eye swelled up to the size of a softball. But LeBron James would have asked the doctors to just pull the plug on him if he ever got hit in the face with a puck. Werenski was trying to get out there in time so that he didn’t even miss a shift. Have I ever told you guys about how fucking tough hockey players are and how they’re the best athletes in the world? If not, it’s true.

But the update today is that Zach Werenski’s facial fracture will keep him out for the remainder of the season. Which, with Columbus down 0-3 in the series, is probably only one more game.

All I’m saying is that you don’t play (ice) hockey with your face. I get it’s shattered and that he might have 3% visibility in that right eye. But you play (ice) hockey with your heart. And until your heart is fractured, you do whatever you can to get your ass out on the ice. Which is why I’m more than positive this wasn’t Werenski’s decision. He’s probably got some Obamacare doctor making the call saying that he can’t play in the Blue Jackets’ final game of the season. It’s not fair. This kid played his dick off for this team all season long. He’s been their top guy on the blueline and he’s just a rookie. Let the kid finish what he started because all we’re doing right now is rewarding the Pittsburgh Penguins for yet another senseless act of violence. Whether it’s slashing guys in the peepee for intentionally hitting them in the face with pucks, the Penguins are always getting away with murder and I’m sick of it. Not sure how this turned into an anti-Penguins blog but I’m sure as hell glad it did.