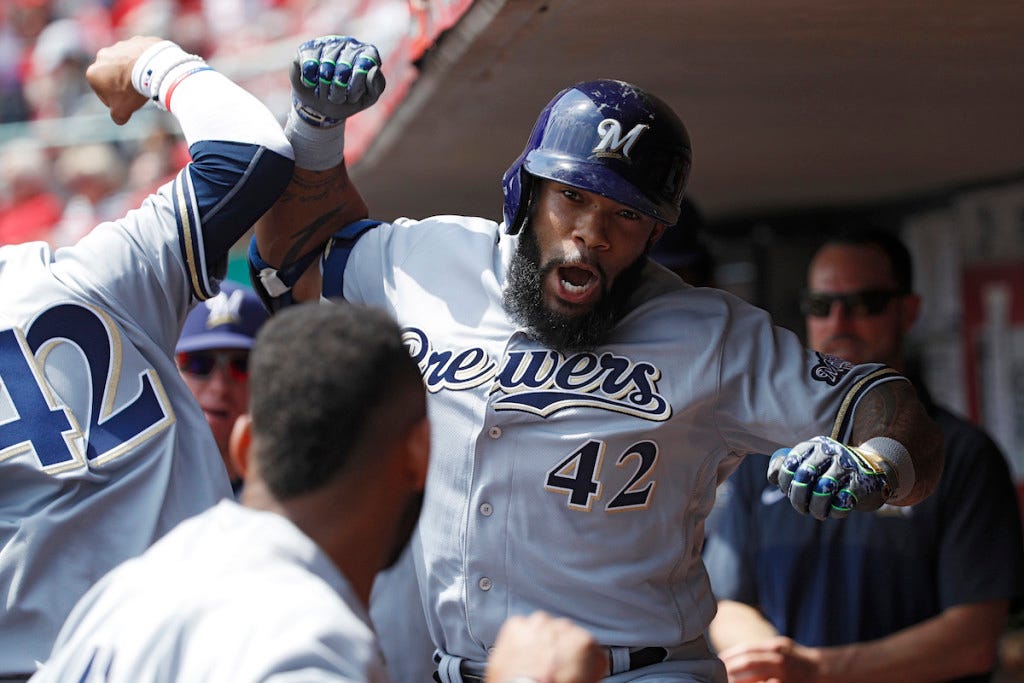 Early in the offseason, the Milwaukee Brewers thought outside the box after non-tendering 2016 NL home run leader Chris Carter by signing Eric Thames to a three-year deal worth $16 million. Thames played in two major league seasons in 2011 and 2012 with the Blue Jays and Mariners, hit .250 with a .727 OPS, 36 doubles, 21 home runs and 62 RBI in 633 at-bats before heading over to the KBO (Korean Baseball Organization).

Those are pretty respectable numbers, right? Well, from 2014 through this past season, Thames hit .343, .381 and .321, respectively. Had a little bit of a down year that year that he hit .321. And as far as his power goes, he hit 37, 47 and 40 homers, respectively. Stating the obvious, the competition in the KBO isn’t as good as it is in the MLB, but here we are halfway through the first month of the season, and Thames is hitting .368 with a 1.376 OPS and six bombs.

His home run total skyrocketed to six after he launched five against the Reds over a four-game set this past weekend. His .921 slugging percentage leads the majors. Nobody else has a slugging percentage higher than .766. And his six homers puts him in a four-way tie for the major league lead with George Springer, Khris Davis and Yoenis Cespedes. It’s safe to say that his slugging percentage and OPS are not sustainable, but could the Brewers have struck gold here with Thames, who’s only owed $4 million this year? Seems like that could be the case.