The fight that broke out between the two groups was recorded and posted on YouTube by the organization WeAreChange. In the video, which at time of writing has accumulated nearly 250,000 views, a female protester can be seen getting punched in the face by a male demonstrator.

The demonstrator who punched the woman appears to be Nathan Damigo, a white supremacist member of the “alt-right” movement. It is unclear from the video what transpired in the lead-up to the punch between the two demonstrators.

This is not the kind of scene I’d expect out of Berkeley. That’s the original hipster domain, with its farm-to-table, share-the-road nonsense. And this is a straight up war, not a protest. Hard to tell exactly what’s happening but all I know is that at  :23, shit goes OFF. 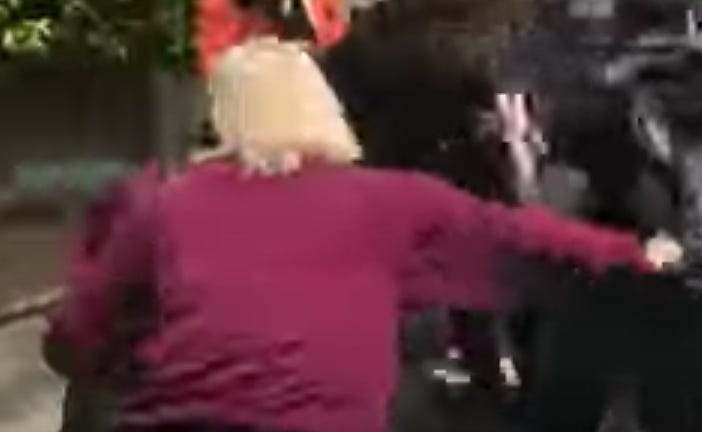 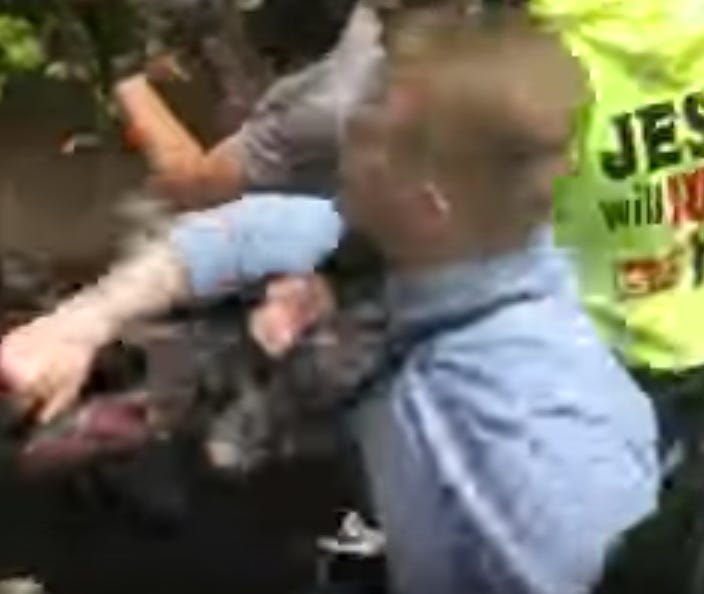 And my favorite, this 70-year-old whiffleball legend waiting for a pitch he’ll never see because he’s blind. 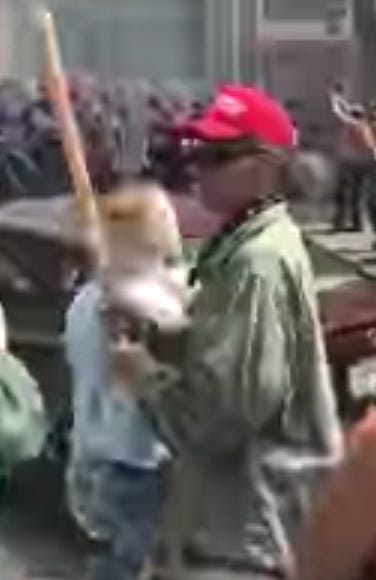 Really hard to tell which side people are on. But then I realized all the “free speechers” (bad guys) are wearing motocross/ski helmets and all the “anti-fascists” (hipsters) are not wearing any protective headgear because pacifism. Don’t come to a riot expecting a singalong; those knuckle sandwiches hurt a lot less if you’re wearing a helmet. Advantage: racism. 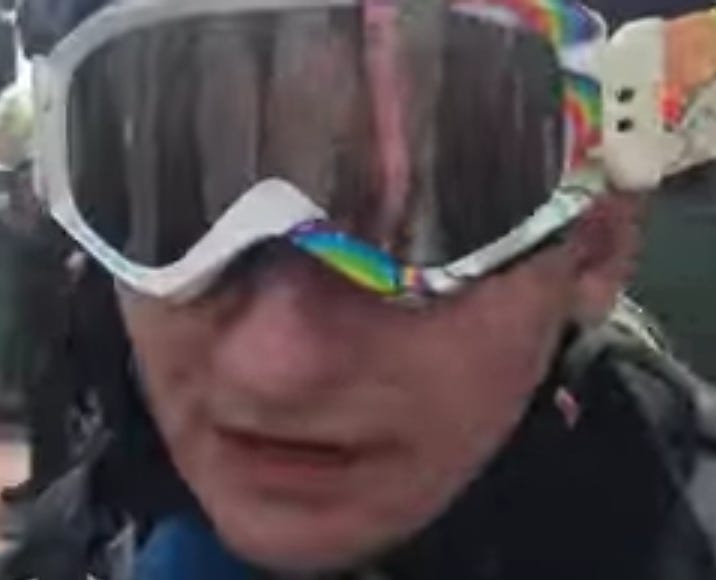