Updating the Live Blog. Not sure if Bulls can repeat what they did tonight but what a game from Lopez, Bobby, and Jimmy. I’m sure there will be overreaction that the Bulls have this series now but I’m remaining rational, for once in my life, it was a hell of a game and they’re going to have to do it a few more times for it to mean anything. Also have to give endless credit to Isaiah Thomas for playing tonight through unimaginable circumstances. At least we know the Bulls have fight, that’s something we haven’t been able to say for a while now. Now let’s see if they can come out with the same fight Tuesday. Also Charles Barkley remains the dumbest.

Oh and Bad Niko showed up tonight and the Bulls still got it down, so my analysis is utterly useless, but you already knew that. 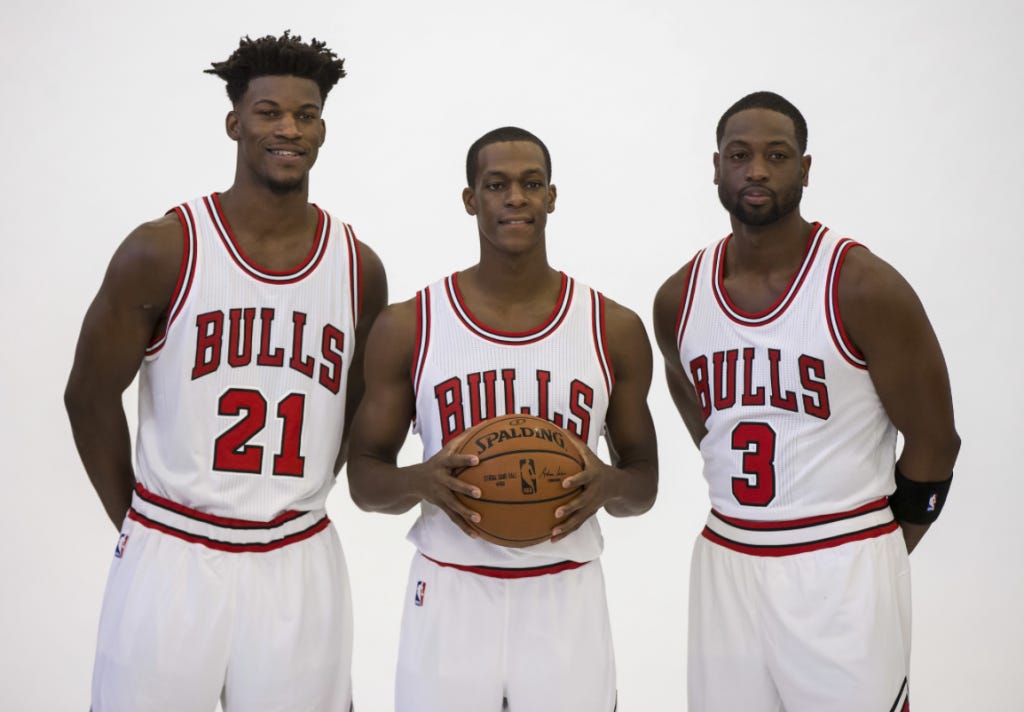 I have ZERO idea what to expect in this series. On the one hand the Bulls are the epitome of a mediocre team. Good enough to not be completely horrible and bad enough to never really threaten in the East. To expect a team like this to suddenly turn it on in the playoffs after being so consistently inconsistent all year long would be foolish. On the other hand they have that stupid knack for rising to their competition, something they’ll have to do to beat a more complete/talented Celtics team. Is it inconceivable to think Jimmy Butler can be the best player in this series and D-Wade can be playoff D-Wade and Rondo can get revenge? Hell no, it could absolutely happen. Would I put money on it? Also hell no. But here’s what I will do, enjoy the fuck out of playing the spoiler roll. All Bulls fans are frustrated with the FO and lack of direction, that won’t change in this series or the next if the Bulls somehow win. But as fans all we can do right now is have fun and root for our guys. It’s not the players fault the Owner and FO suck. So let’s rally, all positivity, serenity now. Only the Bulls. Live blog is officially LIVE

If we can get good Niko then this is a series. He’s the X factor. I expect Rondo, Wade, and Butler to play well but that won’t be enough, need what Niko can bring to the table when he’s playing with confidence aka not looking for touch fouls every time he gets the ball. Let us pray.

I would also be remiss to not mention the Isaiah Thomas news. One of those situations that is far bigger than sports. I hope he is able to play tonight and can take his mind off his family’s tragedy for a couple of hours.