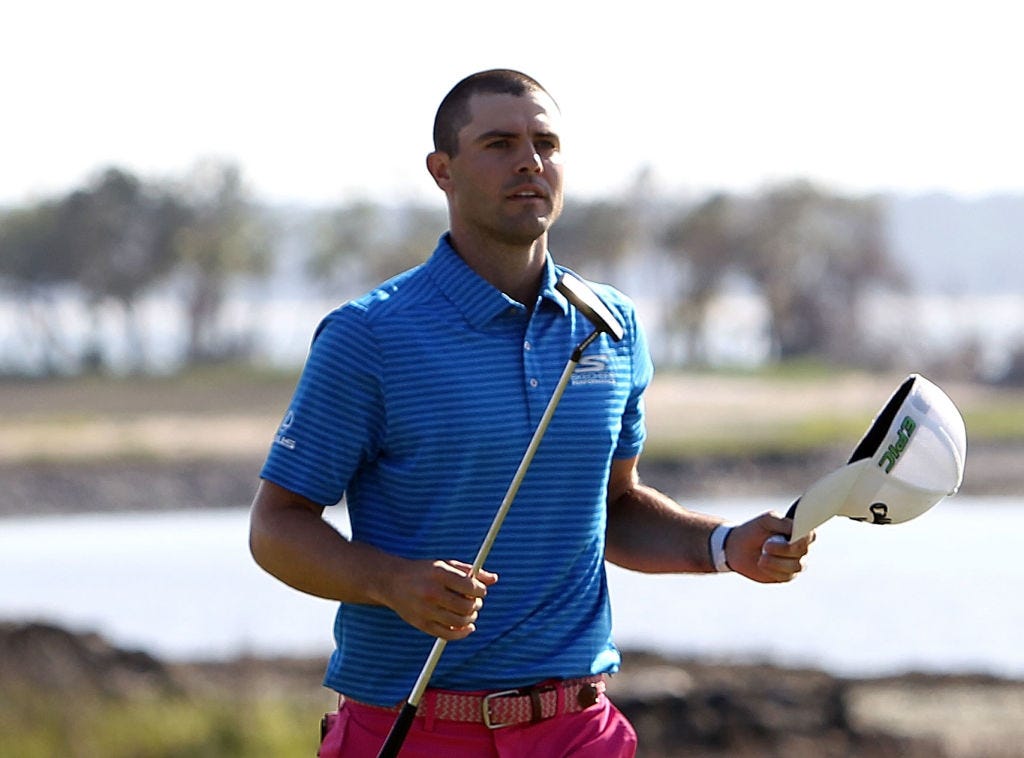 Huge day for our buddy Wesley Bryan. He’s a rookie out here on TOUR after winning 3 times last year on the Web.com Tour. He’s also known for being one-half of the Bryan Brothers trick shot duo.

Wesley’s had a hell of a rookie year; most everyone considered it just a matter of time until he wins. Now he has.

With a 4-under 67 which included 6 birdies today, he posted 13-under down in Hilton Head. That was good enough for a one-shot win. Was a jam packed leaderboard with TONS of names right there — so much so I couldn’t even fit the top-10 in one screenshot. 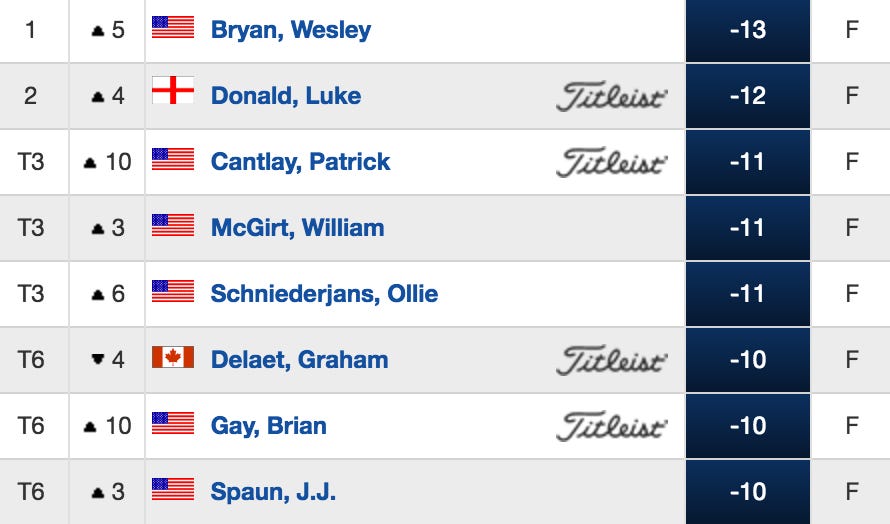 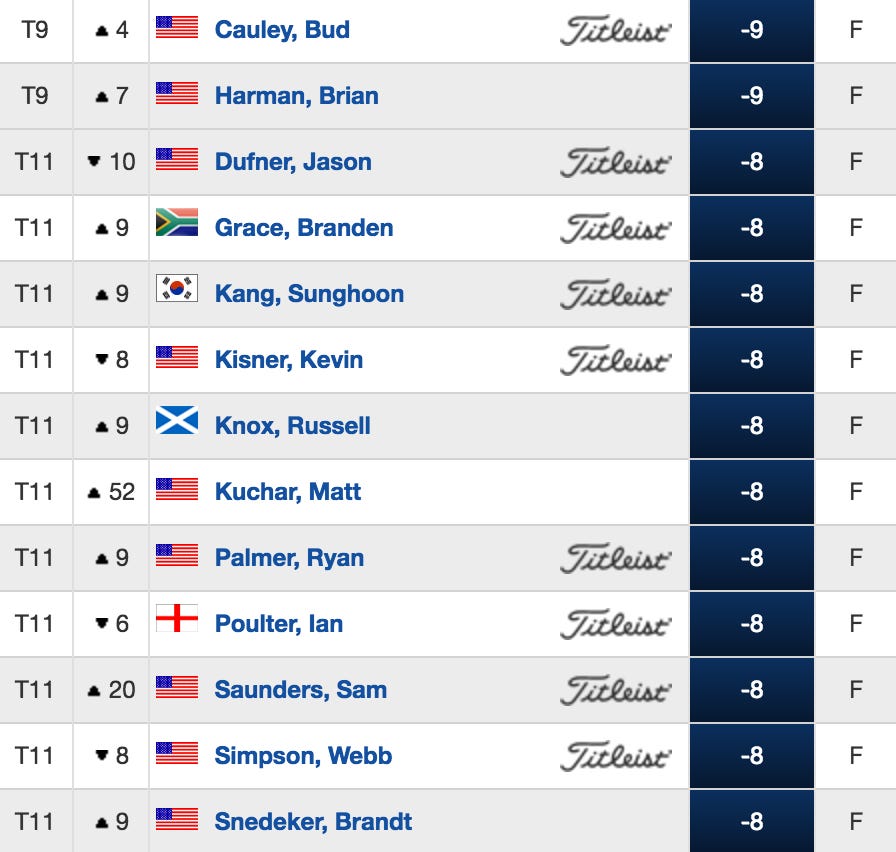 Chubby Duf is back in the mix, but he fired a brutally disappointing 76 after entering Sunday with a 1-shot lead.

I can’t tell if Wesley was nervous or not. He says not at all, but then also says was so nervous he threw up in his mouth.

Who knows. Whatever he did it worked. Keep doing it pal.

Congrats to Wesley. Great dude, great player, now a PGA TOUR champ. If you missed it, here’s the show we did with him. Interview starts at 21:35.