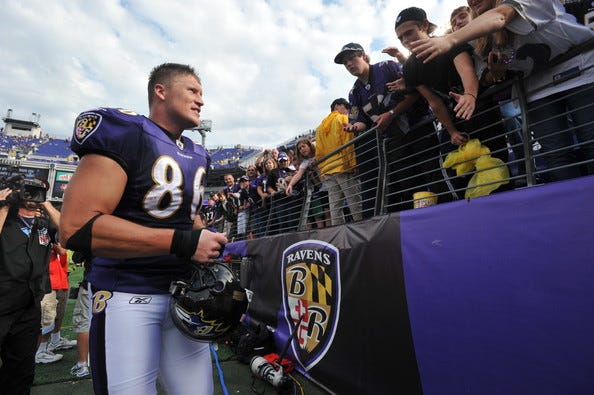 Todd Heap, a former All-Pro Tight End for the Baltimore Ravens accidentally killed his three-year-old daughter on Friday when he was moving his truck on his own property in Arizona.

Todd Heap who played with the Ravens for ten seasons was an All-Pro in 2003 and considered one of the top Tight Ends while playing with the Ravens from 2001-2010. While in Baltimore Heap became the Ravens all-time leader in touchdown receptions (41) and second in catches (467) and yards (5,492). After being released by the Ravens, Todd Heap played his final two seasons with the Arizona Cardinals near where he played his college ball at Arizona State.

According to police in Mesa, Arizona there was no sign of impairment, though they are still investigating the incident. Todd Heap and his Ashley have four other children, the child killed on Friday was their youngest.

Frank Fleming is the creator of the Sports Ecyclopedia