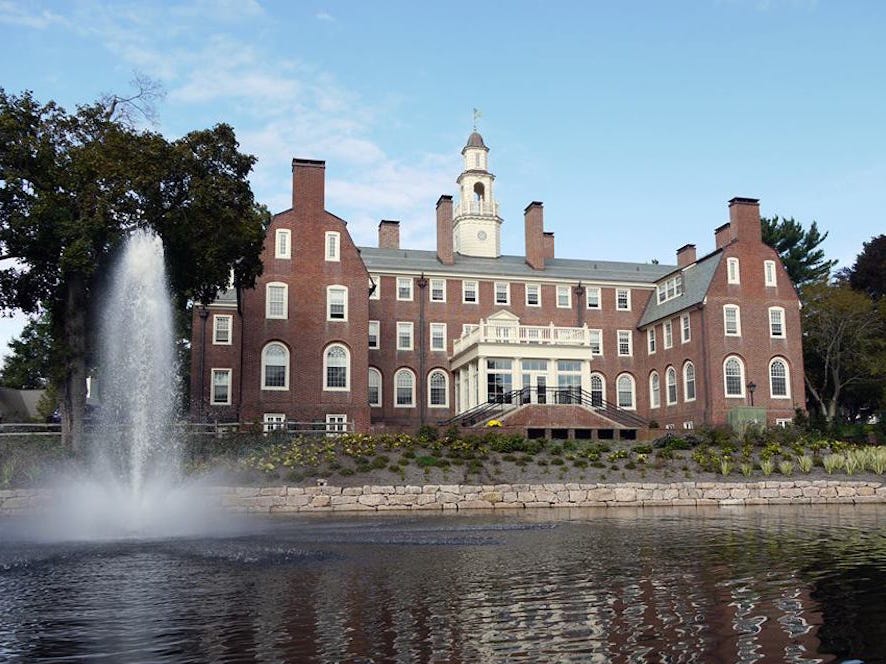 New York Times — Choate Rosemary Hall, the elite Connecticut boarding school, said on Thursday that at least 12 former teachers had sexually molested — and, in at least one case, raped — students in a pattern of abuse dating to the 1960s.

The allegations in a report prepared by an investigator for the board of trustees include instances of “intimate kissing” and “intimate touching.”

The parents of a Choate student complained to the school in the early 1980s after their daughter contracted herpes from an English teacher. And in another case, the report describes a student’s rape on a school trip to Costa Rica.

None of the teachers’ actions were reported to the police. In some cases, teachers were allowed to resign after being confronted with evidence of misconduct, and administrators wrote letters of recommendations for teachers who were fired.

Choate, in Wallingford, Conn., is a blue-blooded school whose alumni include President John F. Kennedy and his brother Joseph P. Kennedy Jr. [and Riggs from Barstool]. It is the latest in a string of prestigious private academies that have faced accusations of sexual abuse by faculty members, including St. George’s School, in Rhode Island, and Horace Mann and Poly Prep in New York City.

You can read the full report here.

Nice little Friday afternoon topic here to send everybody into the weekend. Not a great look for my Wild Boars. One minute you’re boasting about esteemed alumni like John F Kennedy and Ivanka Trump and Riggs Barstool, next minute you’re detailing FIFTY years of sexual molestation by faculty on high school kids. FIFTY. Just rich ass southern Connecticut families sending their good little boys and girls off to boarding school to get lured into traps by sexual predator faculty. Yikes.

I never thought I’d be a prep school guy; was just a normal public school dude in St. Charles, Missouri until my sophomore year of high school. Had a family friend — Jack O’Callahan from the Miracle On Ice team, no big deal — recommend I apply to prep schools so I did. Submitted applications to 10 schools: denied by 8, waitlisted at 1, admitted to 1 (Choate).

Had only been east of Ohio once but said fuck it, I’ll try it for a year. Was a loser for first few months but then hockey season hit and the chicks wanted to get jiggy with Riggy. Experience was awesome. Loved it, probably helped I wasn’t sexually molested by my teachers.

You can’t sexually molest students. That’s fucked up and twisted on the worst level. Anyone who takes advantage of kids is the worst kind of scumbag there is.

Bizarre feeling today because I LOVED all my teachers and dorm parents. Thought they were cool as hell. Turns out my judgment may not be great, because I just read dozens of pages about how my favorite teacher lured students into his apartment for extra help. By extra help I mean dick play. Yikes.

I was trying to discern how I was able to avoid such terrible fate and my friend Mike had this theory:

“Maybe he was just trying to gaze into your eyes to give you the signal and couldn’t.”

Might be onto something. To my knowledge I was never touched.

Biggest issue now will be the Penn State issue. Who knew what? When? How? What did or didn’t the school do about it? This right here does not look good.

None of the teachers’ actions were reported to the police. In some cases, teachers were allowed to resign after being confronted with evidence of misconduct, and administrators wrote letters of recommendations for teachers who were fired.

Have a great Easter everyone!