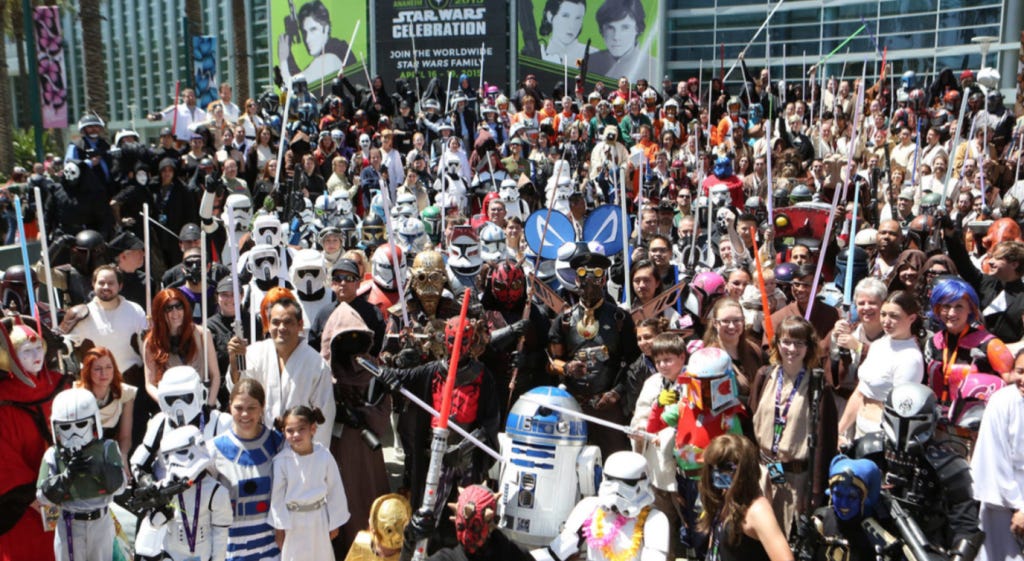 I’ve been a massive fan of Star Wars for as long as I could remember. It runs in my family. My Uncle Dennis introduced it to my brother Mike, who introduced it to me, and the three of us never grew out of it being a “phase”. For us, it’s religion. My brother named his firstborn Luke, after the bravest X-Wing Pilot there’s ever been. When I was younger, I watched The Phantom Menace at my Grandma’s house over and over again, despite it being absolutely terrible. I’d color in cardboard tubes of wrapping paper to look like lightsabers and had the worst fights of all time with my cousin Kenny. They’d bend and break on the first hit. It didn’t matter — I was hooked and have been ever since.

Naturally, Star Wars Celebration has always been a bucket list event for me. I have been watching live streams of the panels since high definition didn’t exist. Just itching and clawing to get any glimpse of a new trailer, concept art, even a new action figure. Almost everything about the saga is unveiled here.

When The Force Awakens was being hyped at Celebration, I cancelled life that day and watched every panel I could. Even watched some shitty Periscopes from fans on the convention floor. I wanted to see what every corner of that building looked like. They premiered the “Force Is Strong In My Family” teaser trailer, which I watched on one of those bad Periscopes, and I lost my shit. The crowd was going wild, and I just wanted to be with them. One day.

When I pitched the trip for content 6 weeks ago I didn’t think Dave would say yes. I’d be going back to Orlando two weeks after the company sent me there for WrestleMania, I just went to Augusta, I’ve got a few more trips coming up shortly, I just thought he’d say “Star Wars? We’re Barstool SPORTS.” But he didn’t. Because his brain is massive and he’s the best. I may or may not be saying that because we’re BFFs now (lol suck it Pizza Maker) but it’s true, and we’re here.

Today was my first day wandering the convention floor with Clem and this is what it was like.

We headed in around 11am. Figured it would be a mob scene outside, which it was, so let’s go in an hour AFTER the doors open. Our Uber driver dropped us off while blasting John Williams (shoutout Steve, easy 5 stars right there) and we hopped in line. It was moving pretty smoothly, but never ending. When we thought we finally made it in, it was revealed to us that we only made it to the U-Turn, and the entrance was more towards where we arrived. It took us three hours to get in.

We met up with our camera crew once we were inside, and got on a second line to pick up tickets from Will Call. As much as I love Office Manager Brett (he’s one of my favorite people in the whole office), he had an all time Brett moment today. I had 11 tickets waiting for me. 4 Thursday, 4 Friday, and 3 Saturday. Brett sent the barcodes to pick up said tickets in 4 separate emails. It was possibly the most confusing thing I’ve ever seen. The lady at the counter was baffled and kept apologizing to me because she just didn’t understand what was going on, and neither did I. But I persevered (nbd kbd) and we made our way in.

One of the first things you notice are the smokeshows everywhere. All in cosplay. This is when I realized I would probably meet the woman I eventually marry today. I’ll tell you, boys and girls, it’s a wonderful feeling, and I hope you all have it one day. 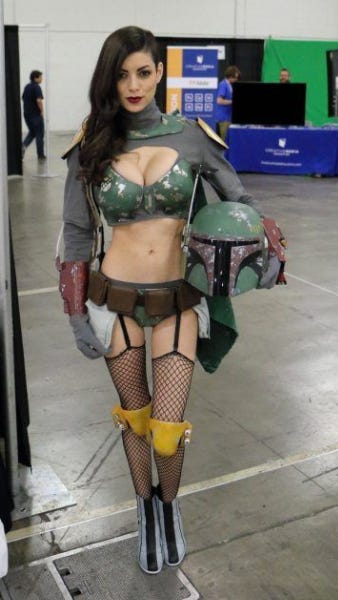 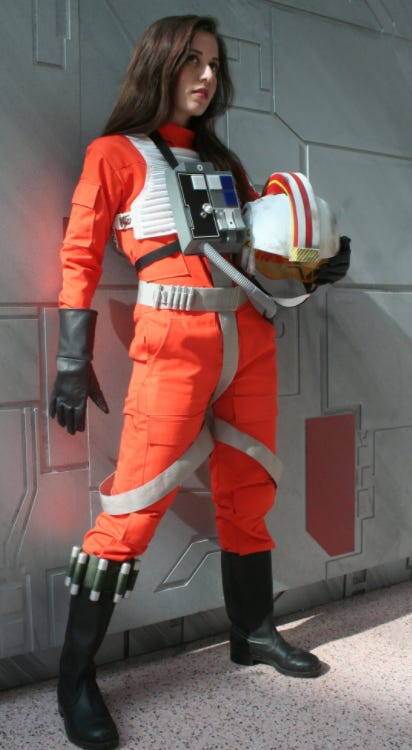 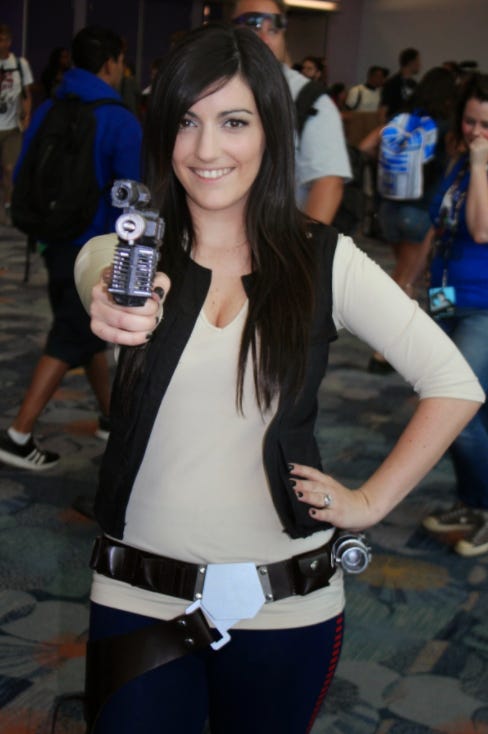 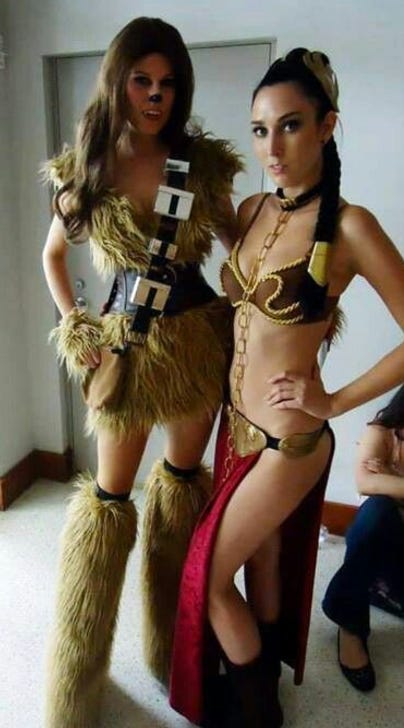 I looked to my right when getting in, and there was a Jedi Master giving some young Padawans lightsaber lessons. To my left, Star Wars themed cars. Straight forward, Harrison fucking Ford (Han fucking Solo) and George prequelfucking Lucas (God but only sometimes) on the far stage, with a crowd of nerds losing their shit around them. These are my people.

Myself and Clem then interviewed a bunch of fine folk for our video we’ll be putting out later this week, and got tons of great footage that I don’t want to spoil, so those part will be redacted from the blog. This went on for hours though.

Cosplayers were hugging each other, high fiving, having faux lightsaber duels, making kids’ days, and just having fun. It’s like the one place on Earth they’re not absolute weirdos. I almost felt weird because I was only wearing a Star Wars hat, shirt, belt, and shoes. It didn’t feel like enough.

I think Clem may have been a little taken aback at first by me geeking out at stuff like seeing a prototype Aunt Beru action figure, but he and our crew got used to it quickly.

After a few hours of making the camera crew chase us around, we went to grab lunch. The concession is just as horrible as it’s played up to be: chicken fingers and fries? $9.50 and the worst fries on earth. Pepsi? $5.50. Soup? They don’t even give it a brand they just call it “Soup” and it’s expensive yet disgusting. You gotta love it. Buncha fuckin nerds freaking out about overpriced Star Wars branded food.

We went back to filming, saw a live production of a lightsaber battle over the baby of Jabba Hutt, and an R2-D2 bumper cars session led by toddlers. It’s a magical place. Then, I turned a corner, and was more starstruck than I have ever been in my life. A wall, FULL of original Kenner action figures. From there you just stand in awe. $1200 Han Solos, $1000 Luke Skywalkers, $850 Princess Leias, you name it, they had it. Clem and I are pretty talkative guys, and we stood right next to each other without saying a word for about 15 minutes. Just stared at the plastic. It’s gorgeous. 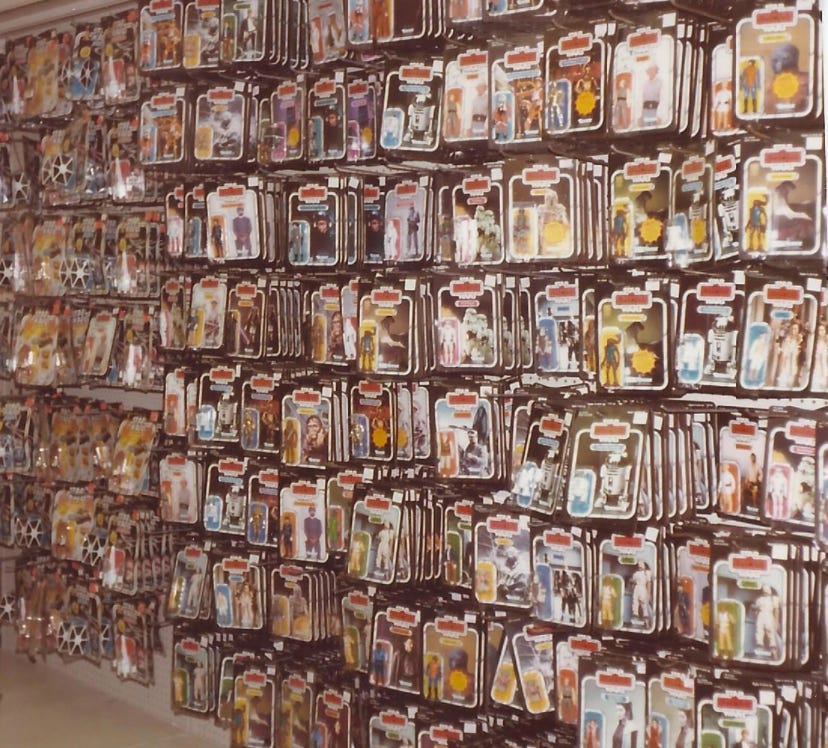 We circled the grounds a few times to make sure we didn’t miss an inch, then headed back to our hotel so I could write this blog. Now, it’s about 7pm, and I’m headed back to get in line for tomorrow’s 11am panel, where the very first trailer for The Last Jedi will be revealed. Make sure you follow me on Twitter, and add me on Snapchat: robbiefox43, where I will be documenting my near 16 hour wait in line overnight. What a day and what a week it will be. May the force be with you all. 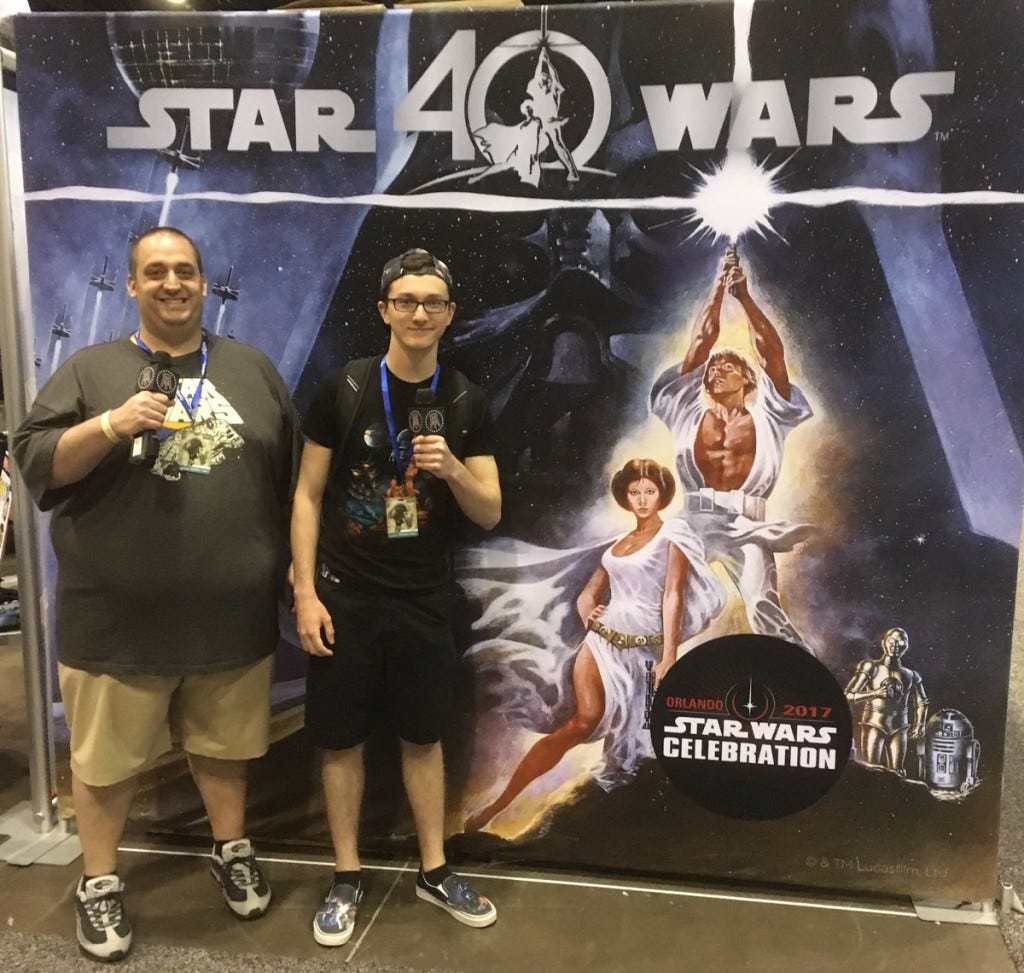