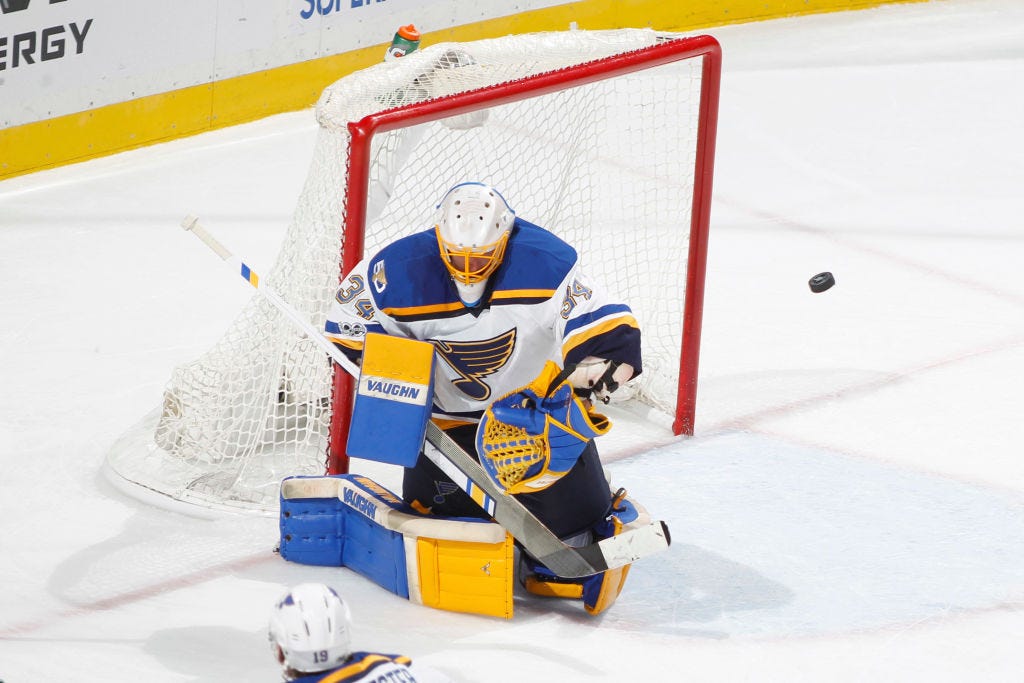 For those that don’t know I grew up in St. Louis. My old man split season tickets with a friend of his and I was the biggest Brett Hull/Adam Oates fan on earth. I cried when they traded Oates to Boston. My first game they played the Canadiens and I thought they were called the Glaydiens. Still think that’s a better name.

Point is, let’s fucking go Blues. Look at these stats from last night.

Outshot 52-26? Outhit 35-18? There’s no doubt the Blues got outplayed last night but I’ll be damned if a hot goalie stealing road playoff games isn’t a recipe for postseason success.

Jake Allen was SURREAL in game one. 51 saves in just three and a half periods and they weren’t easy.

Not surprising after these unreal moves in warmups.

Electric. Allen was a literal brick wall until Parise finally broke through with just 22 seconds left.

Very, VERY nice to take the first one on the road. Notes are going to need wayyyy more top-to-bottom (exception: Jake Allen) going forward but we’ll take it.

PS — Blues undefeated since I touched Lord Stanley for the first time.