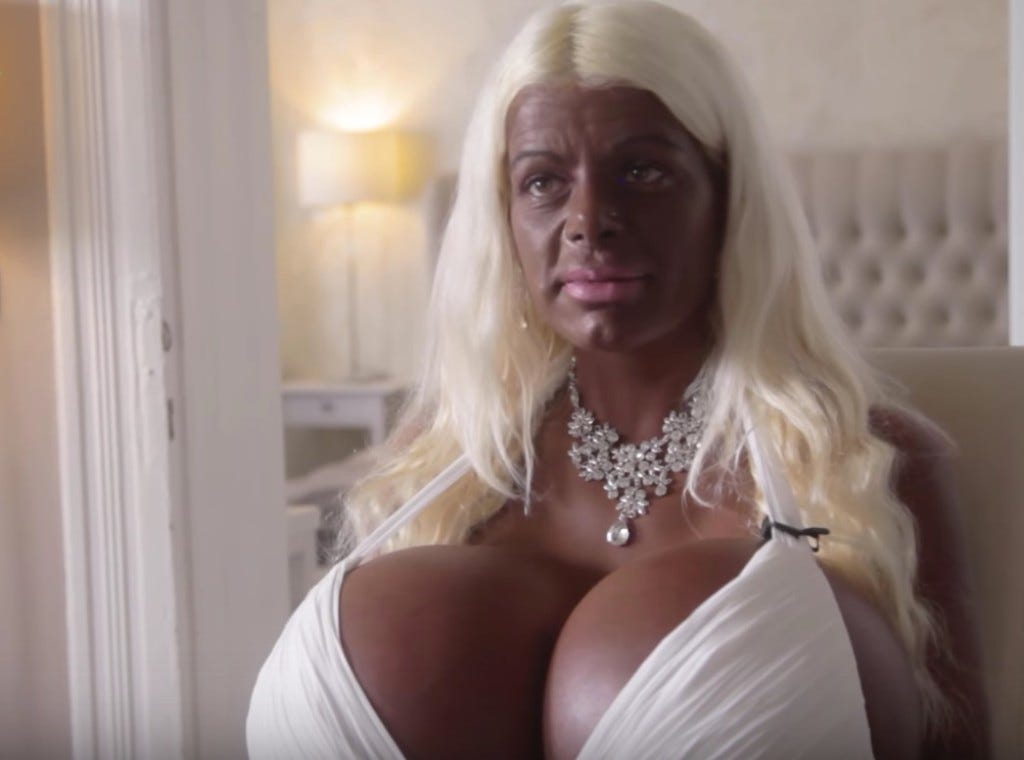 YouTube/Barcroft – Busty German glamour model Martina Big has shocked her fans with a new ‘extreme tan’ that has turned her fair skin to ‘dark crispy brown’ with just three tanning injections. The 28-year-old – who claims her size 32 S breasts are the biggest in Europe – has had tanning injections to turn her white Caucasian skin a deep shade of mahogany brown. And she has no plans of curbing her tanning addiction – Martina says that she wants even more of the melanin increasing injections and admits that she is still using a 50-tube sunbed in her home in Trier, Germany.

Here’s the Before from when she was just a standard enormous breasted gal with a normal zest for tanning: 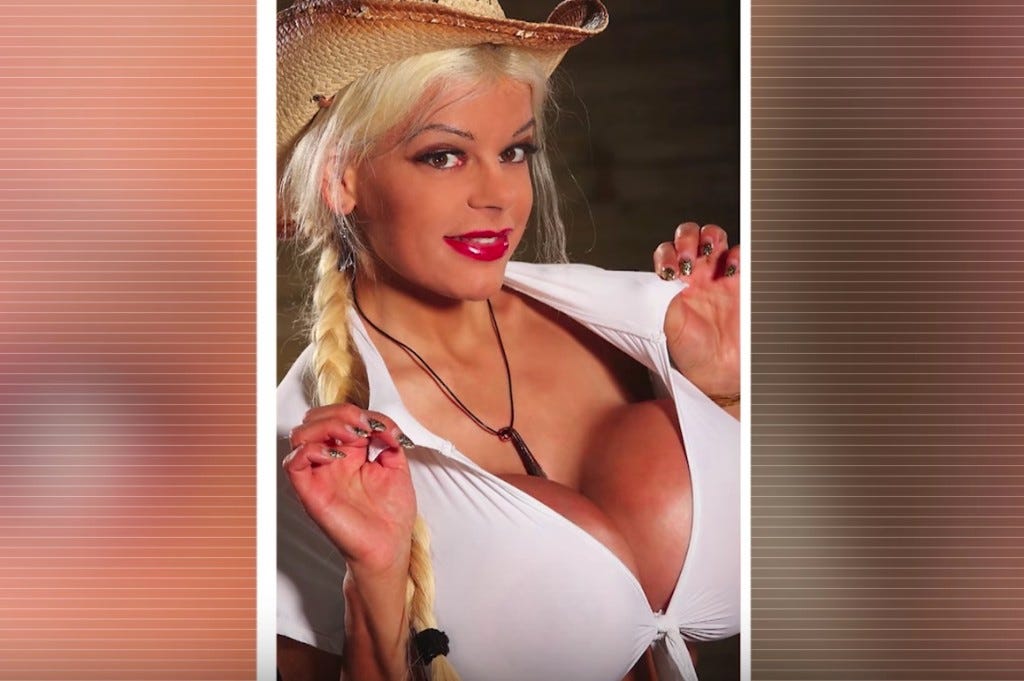 And of course the After since she became beef jerky with tits: 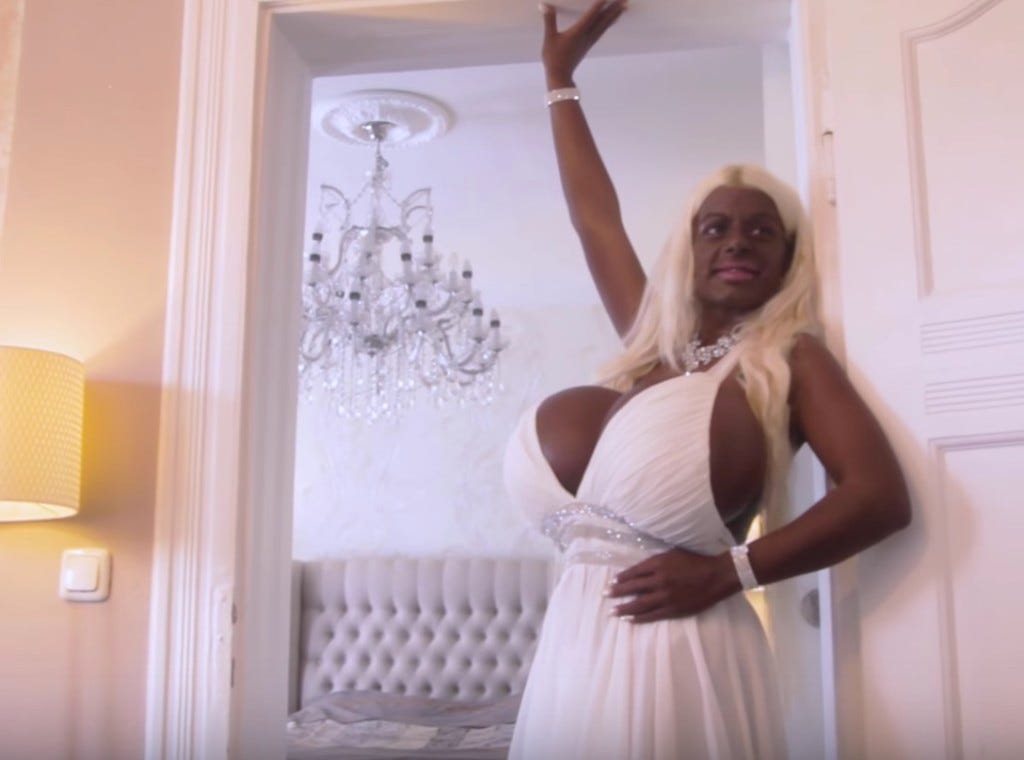 So I mean…it’s certainly a look. She vaguely resembles a racially tinged trinket you’d see at the airport in Jamaica but it’s a look. And honestly for as bizarre as I may think Martina Big looks, if her goal is to tan until she’s crispy brown and be the most tan person ever then you know what? She’s fucking killing it. Until now that Tan Mom chick was about the synthetically darkest person I’d ever seen: 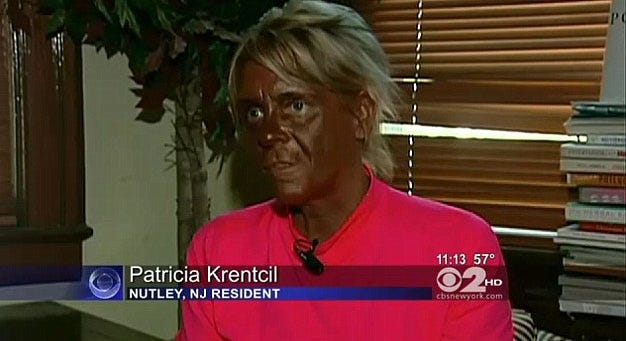 But there’s no doubt in my mind that Martina has passed her up and then some. Now granted the fact that Martina is using “tanning injections” is a bit like PEDs given that Tan Mom was probably all natural (aka only using tons of light radiating from tanning bed bulbs aka not at all natural) but this is a results based game. And if I’m looking for a lady who looks like a woman that may have recently died via self immolation or a Salem witch trial, Martina Big is the choice. The big honking titties that probably feel like a Swiss medicine ball are mere icing on the cake to her real accomplishment of becoming a different race.

Also this had to be my favorite part, you could practically feel the “You have to be fucking kidding me” from this chick coming through the screen: 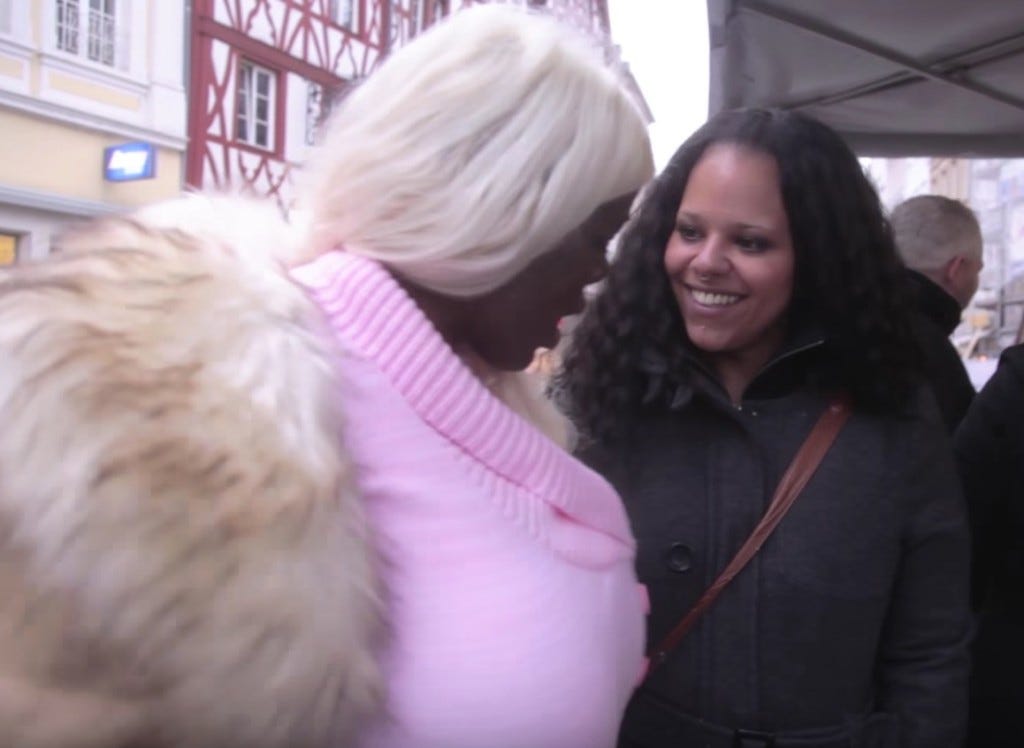 Also while the tanning is the star, shouts to Martina’s boyfriend who looks like a villain henchman in a Die Hard sequel who spent entirely too much time in catering because he’d never been around free food before: 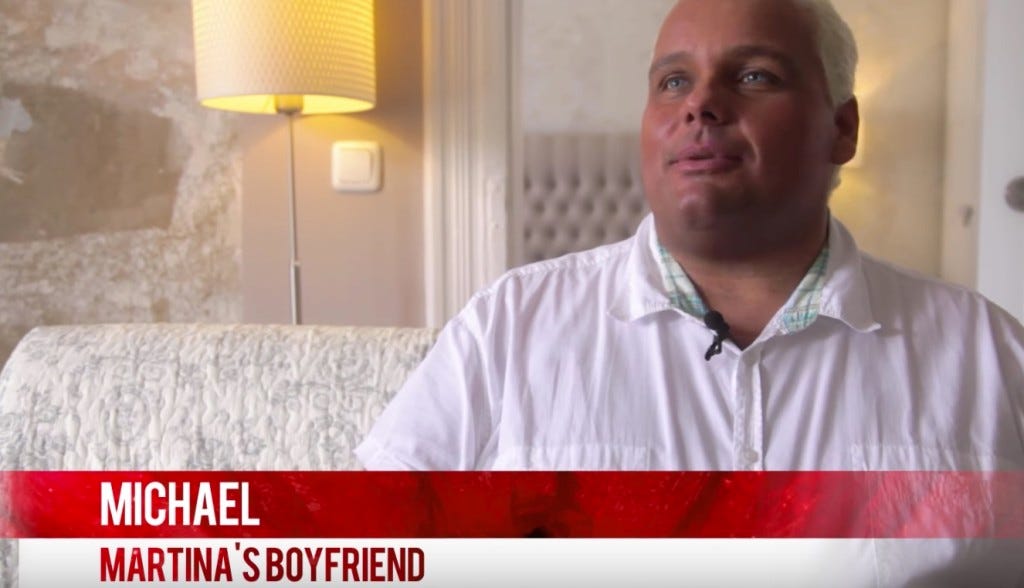