The Edmonton Oilers are playing in the Stanley Cup Playoffs for the first time since 2006. To put that in to perspective for you, the iPhone wasn’t even created the last time they were playing for Lord Stanley’s Cup. So the energy in Rogers Place last night was enough to tear the roof off that son of a bitch. Especially after Edmonton jumped out to an early 2-0 lead in the 1st period. Then they took their foot off the gas, San Jose chipped away one goal at a time and forced the game to overtime where it was the Melk Man with the OT game winner. And it’s safe to say this beautiful young woman was none too pleased with the series of events that unfolded right in her face. 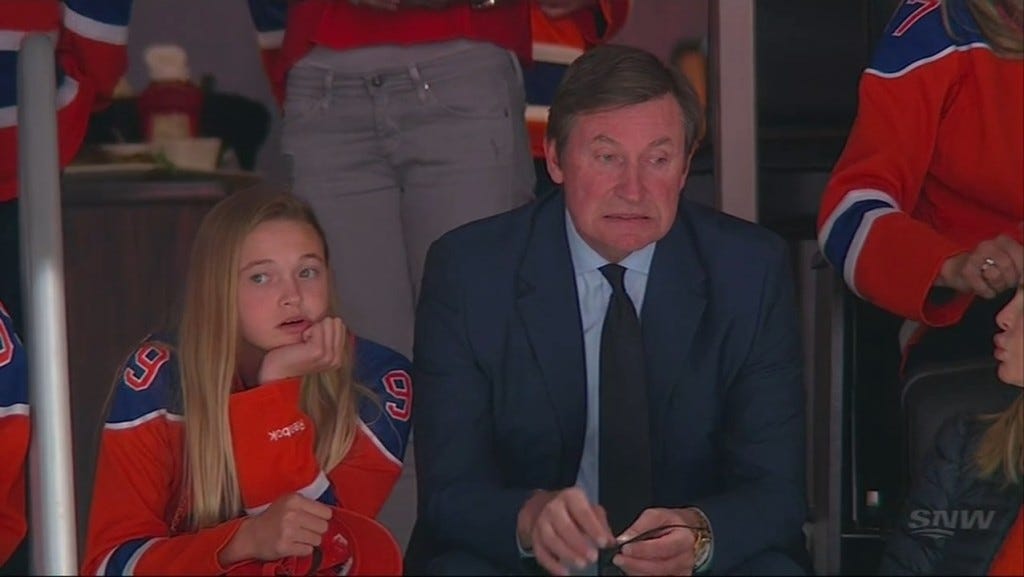 Like I said before, Bertha over here has waited 10 years since she could watch her Oil in the SCF again. Think about all that has changed over the course of those 10 years. She was young, single, full of opportunity, and jubilant as could be. But these last 10 years have robbed her of her happiness. They have robbed her of her joy for life and can you really blame her? Four #1 overall picks in the last 10 years? Even the Cleveland Browns are laughing at that. So Bertha gets to go watch a playoff hockey game up close and in person again for the first time in a long time tomorrow. She even splurges for the glass seats. And for what? For her Oil to give up a 2-0 lead and eventually lose in overtime with Melker Karlsson shaking his game-winning goal-scoring ass right in her face? Not on Bertha’s watch. At least not before she flips him the ol’ double bird.

Also–Bertha wasn’t alone last night in regards to going double bird salute to the away team.

And here we all were thinking that Canadians were a king and gentle folk. For shame.