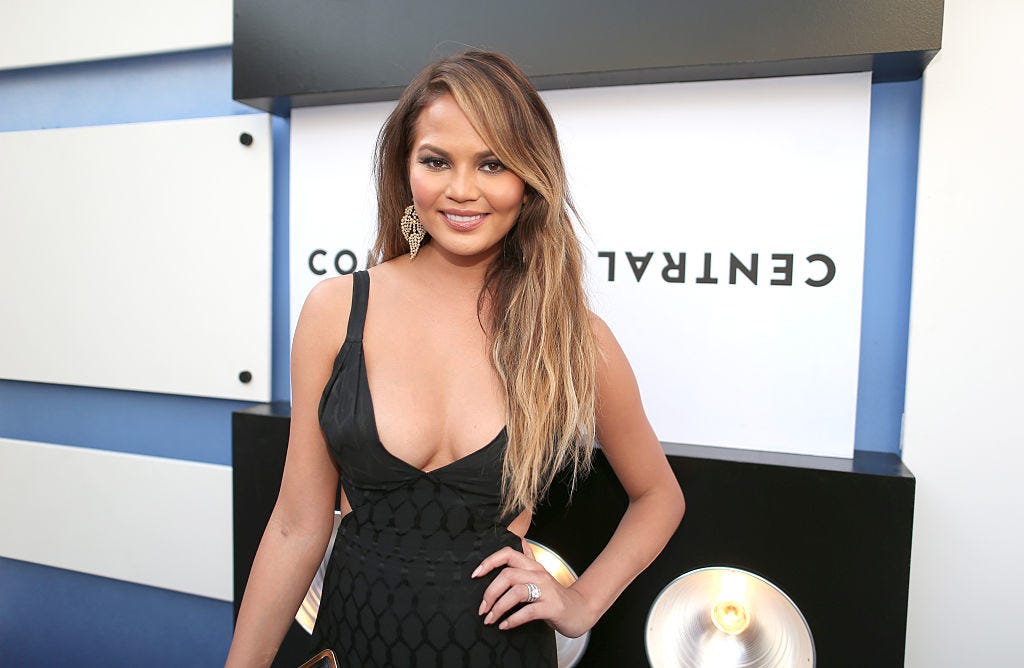 PREVIOUSLY: This GIF Of Charlotte McKinney Grabbing Her Right Tit Is The Hottest Thing Ever But Is It Worth An Entire Blog Dedicated To It?

So previously I’ve opined about the struggle of deciding what’s worth a blog and what isn’t when it comes to a hot chick GIF. The Charlotte McKinney GIF below of her tenderly jiggling her right tit was the perfect case study:

She’s famous, her tits are out in the GIF but they’re always kinda out and it’s such a subtle move she’s doing…but the whole is greater than the sum of the parts. One second of a moment in her life that’s meaningless to her creates a flawless piece of media, the female form transcending itself as it becomes a living work of art forever immortalized in a looping, jiggling GIF.

But that’s Charlotte McKinney, a woman whose body is still an enigma that baffles everything you know of how a woman is built. But Chrissy Teigen…I mean there isn’t a lot of mystery with her. We’ve seen tens of thousands of tweets from her, seen her naked in magazines and her vagina out at the AMAs, we’ve even seen her murder Pres in another lifetime. There’s been so much Chrissy Teigen.

And honestly GIFs of chicks struggling to put clothes on are always pretty fucking hot. So yes. I will declare this Chrissy Teigen GIF to be worth blogging. We’ve done it again, internet. We’ve found content.

^gets me every time. Every single time.

but is it worth a blog+ 5 Tags