Ok, I know that title sort of undersells it but it was simply incredible. Last night the Cubs opened at Wrigley as World Champions, huge night, awesome banner raising ceremony and walk off win. Seriously, this moment was the fucking best.

Then in a move that I don’t think anyone expected they had the players walk up into the bleachers and raise the WS banner. Perfectly done through and through. Seriously the Cubs deserve all the credit in the world for exceeding expectations on a night that has been hyped for 108 years.

But, BEFORE that happened we all sat in a 2 hour rain delay as the temperature dropped and everyone somehow managed to stay relatively happy. This is where the most amazing mind I’ve ever seen walked in. I was standing up against the wall next to Hot Doug’s with my buddy when a guy walked up and was like hey Big Cat, and struck up a conversation. Halfway through the conversation he mentions that his friend standing next to him can name every single Bears score from 1999-2016 at random. So we did it and holy fucking shit.

Any week, exact score, with opponent.

Even had the bye weeks memorized.

These are games most of us intentionally try to forget and he had every single one. Even went on Instagram Live for a minute to have random people ask for scores just to show it was all real and I wasn’t feeding him answers. I don’t really know what exactly this proves, it’s the ultimate bar trick that doesn’t translate into real life talent, but it still needs it’s shine. A beautiful mind. A beautiful mind riddled with shitty football memories. What a talent, my hat is eternally off to this guy.

PS
I think this probably means I’m super simple minded but I always love a good tinfoil trophy. Something about a fan slaving away in his kitchen crafting the perfect replica out of cooking accessories gets my undying respect. 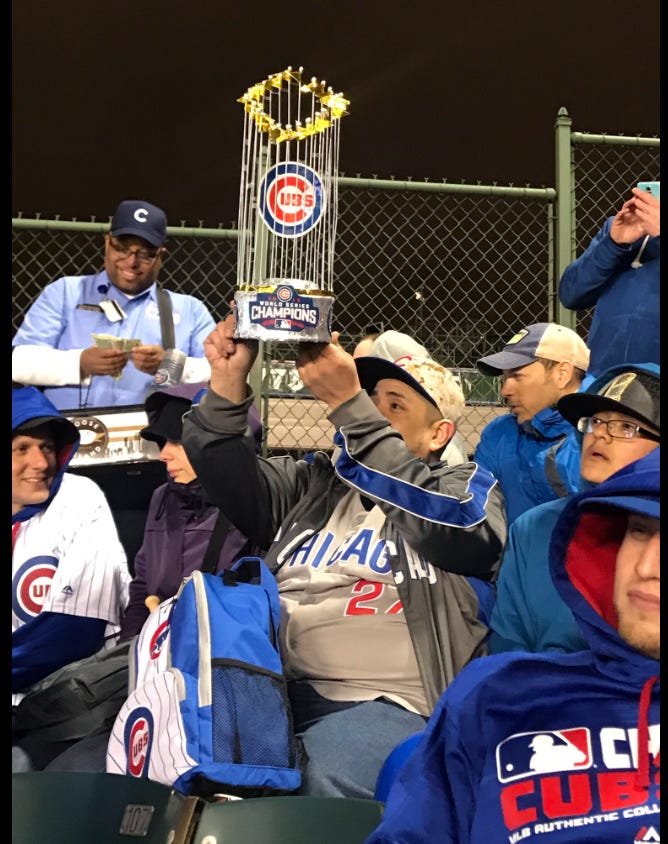