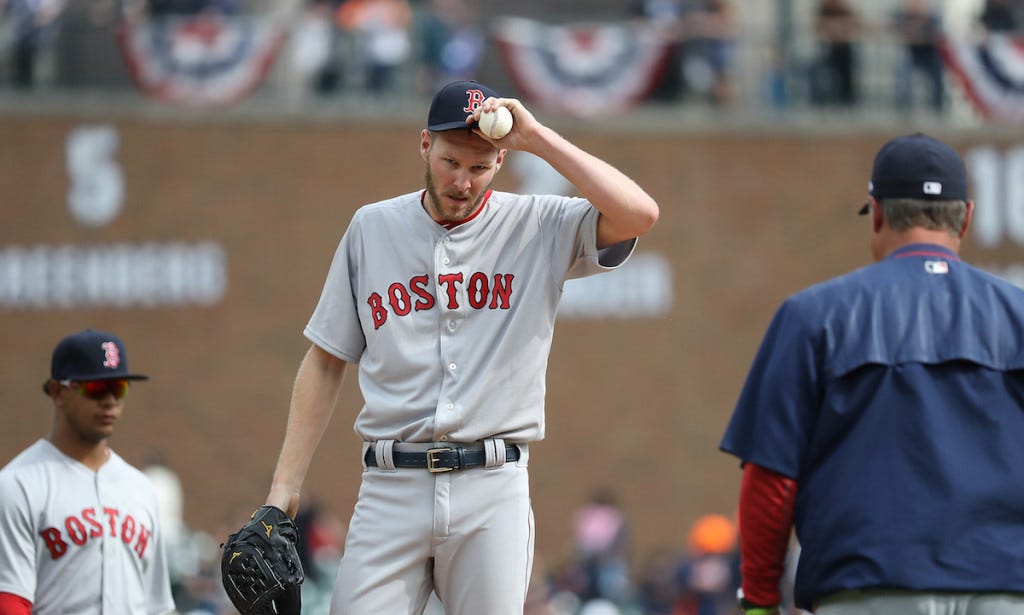 I missed baseball, obviously. What I didn’t miss? Shitty overreactions from fans who act like they’ve never watched a full season of baseball before.

The Red Sox just lost three out of four to the Tigers in Detroit in a series where it realistically could’ve, would’ve, should’ve been the other way around. You had that game on Friday where the Red Sox came all the way back on a three-run bomb by Pablo Sandoval as part of a five-run eighth inning to give the Red Sox a lead that the bullpen would later blow. And then yesterday, you can’t be losing games that Chris Sale gives you 7.2 innings, two earned runs and 10 strikeouts. That needs to be a win, most times.

Today, I’m gonna bite my tongue, because the Red Sox have started the season under unique circumstances. And I’ll be honest — I feel lame for the excuse-making, but I think the flu bug wiping out the entire roster is a legitimate excuse for this Red Sox team dropping three of four in Detroit. You literally had dudes puking in the middle of the games, relief pitchers being sent home, and guys who had the flu from before the series started not even making it to Detroit because they were so sick.

That, and one of your best hitters in Xander Bogaerts was on the bereavement list for the entire series and had his flight to Detroit cancelled, AND the injury to Jackie Bradley Jr. on Saturday, which landed him on the disabled list yesterday.

So, yeah. It sucks that the Red Sox, as a team, hit .235 with a .653 OPS in this series, but middle of the order bats like Hanley Ramirez and Bogaerts didn’t even get a plate appearance, and Mookie Betts went hitless in the series after rejoining the team halfway through following a bout with the flu. The overreaction now is that this lineup sorely misses David Ortiz, and/or that John Farrell needs to “shake things up” in the batting order. If you pose the question, “Is this Red Sox lineup better with David Ortiz?”, the answer is unequivocally, yes. But will this lineup be just fine once they’re all actually healthy and not puking their brains out? The answer to that question is also yes.

On the other side of things, you’ve gotta tip your cap to Justin Verlander, because flu or not, the Red Sox were going to have a difficult day at the plate regardless. Verlander was fresh off an Opening Day start in which he struck out ten White Sox hitters, and then he gets fed the Flu Crew, so the odds weren’t exactly in Boston’s favor. The Cy Young runner-up from a year ago didn’t allow an earned run over seven innings, struck out four and gave up just three hits. In a matchup between Verlander and Sale, we expected a low-scoring game, and that’s exactly what we got. Unfortunately for us, the Red Sox came up on the losing side of things.

Poor Chris Sale, though. Guy finally gets out of Chicago where he doesn’t get any run support, comes to Boston where the Red Sox scored 100 runs more than the next best team last year, and they’ve so far managed to score just one run during his 14.2 innings on the mound in which he’s compiled a 1.23 ERA and doesn’t have a win yet. As I mentioned before, Sale struck out 10 batters, but allowed a solo home run to Ian Kinsler with two outs in the sixth, and the Tigers grabbed the winning run in the 8th when Andrew Romine doubled and Nick Castellanos drove him in.

Don’t get used to this. Actually, let me rephrase that. You can get used to Chris Sale dominating. That’s fine. What you shouldn’t get used to is the Red Sox failing to score runs for him. Once they get their guys back healthy, they’re once again going to be one of the top run-producing teams in the majors. Bah-lee dat.