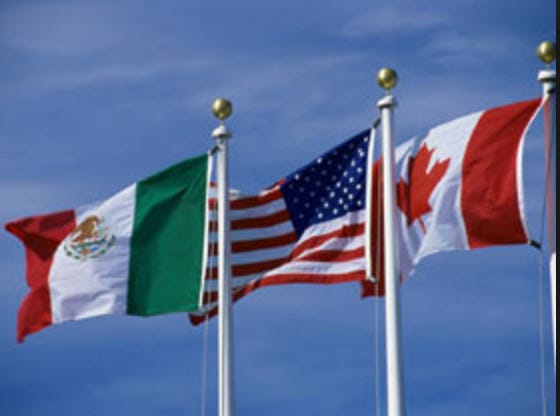 NY Times- The documents signed and the hands shaken, U.S. Soccer President Sunil Gulati and his counterparts from the Mexican and Canadian soccer federations had every reason to smile broadly on Monday as the photographs were made. Each knew the hard work was behind him.

Their public bid to co-host to 2026 World Cup, less than 20 minutes old in strictly legal terms, was already off to a great start. Their biggest rivals had been sidelined from bidding by FIFA rules. Most of the stadiums, hotels, highways and airports were already built. President Trump, the one wild card none of them could control, had sent word that he, too, was behind the plan.

Even the toughest task of all — negotiating the division of the matches for what will be the first expanded, 48-team version of FIFA’s quadrennial championship — was detailed in the paperwork.

The United States, they had agreed, would be the senior partner in the three-nation bid, and would host 60 of the 80 games and every game of the quarterfinals through the final. Mexico and Canada would each host 10 games. FIFA would manage the rest of the details — “It’s their tournament,” Gulati said — but the broad picture of a plan that most think will come to fruition was already done.

This seems like it won’t work. Not sure if Mexico is aware, but there’s supposed to be a wall going up before 2026. I have a hard time picturing hundreds of thousands of soccer fans navigating border checkpoints–or breaking out their rappelling gear–to attend games.

The second issue is that host nations are guaranteed a spot in the tournament and Canada has only made 1 world cup appearance ever. According to this plan, America would host the bulk of the tournament (60 games) while Canada and Mexico would get 10 each. Not sure hosting a measly 10 games warrants a free ticket to the world’s most prestigious tournament, especially for a team as shitty as Canada.

The collaboration is heartwarming, but misguided. It feels like when 3 girls agree to run as a trio for prom queen or something. I guarantee as the prom approaches, we’re going to see some sparks fly. Obviously they’d need to win the bid first, which is a big if, but it would be really interesting to see if we could pull this off with our neighbors.