News - A young girl has had a brush with death after a carnival ride attraction malfunctioned in Paris, leaving her dangling by her ankles 50 metres from the ground. The girl was on a ride called Adrenaline, which is essentially a giant swing. Everything looked fine as she and another person were winched to the top, but when the swing was released the straps holding her to her seat failed. Onlookers gasped in horror as she flipped backwards, suspended only by her ankles. She swung so low her head almost smashed into a steel platform at the bottom.

The owners confirmed the serious malfunction, telling website France Bleu they were shocked by what happened and that it would be dismantled as soon as possible. “It could have been more serious. It’s a miracle the girl was not hurt,” they said in a quote translated from French. 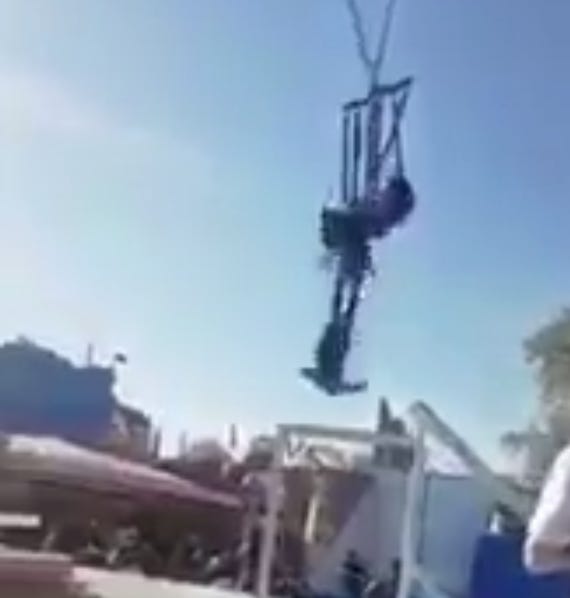 But you know, that’s the chance you take when you go on one of these rides that are held together by string, duct tape, and RG3’s knee ligaments. Every so often the ride will go rogue and you’ll be looking like a circus clown, half an inch from splattering your brains all over the funnel cakes. I’m seriously in awe of how many close calls there were from her head getting completely decapitated from her body while the homies just stood there and watched. Like right here, I thought she was a goner: 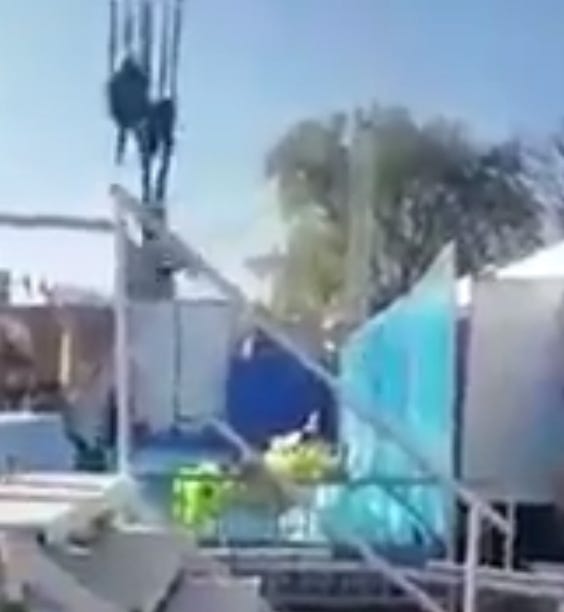 I’m not really sure if they should have stood there and let her plow through them like a bowling ball, or sit aside and film as she dangled to death. But either way, she made front page news of the Carny Daily Gazette (the #1 news source for Carnies), so at least she has that going for her.