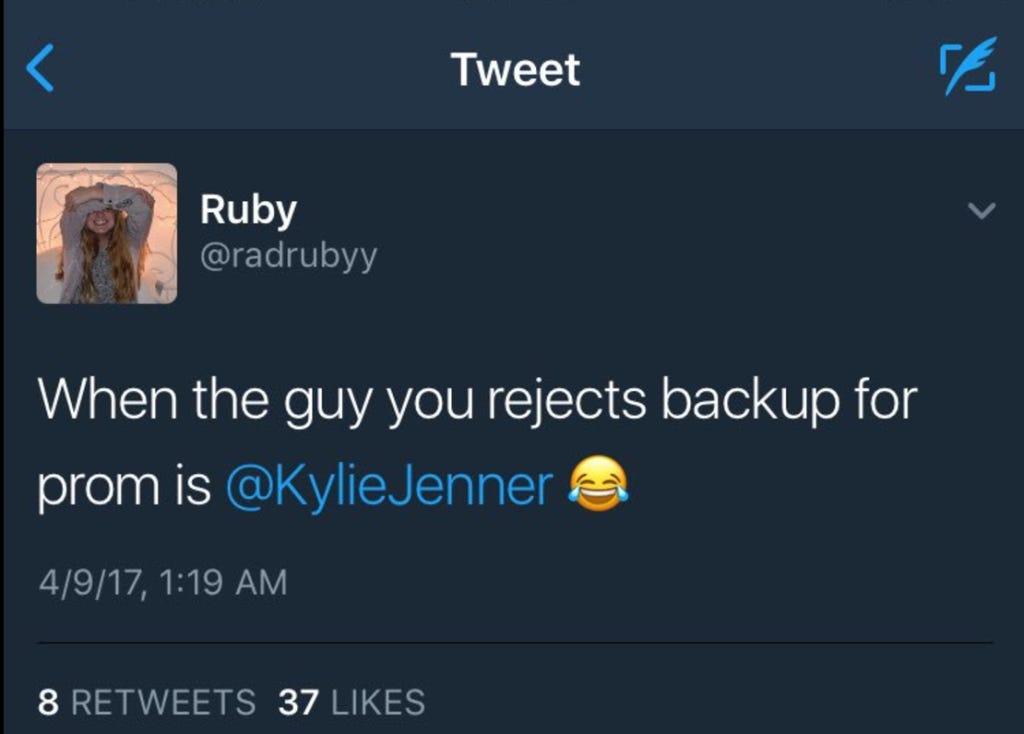 Independent - Kylie Jenner rocked up to a high school prom as a pupil’s date after he was reportedly rejected by the girl he asked out.

With a film crew in tow, Jenner was seen attending the Rio Americano prom in Sacramento over the weekend.

Causing a frenzy when she appeared at the school, the 19-year-old was filmed dancing with the student in front of his classmates.

His friend wrote on Twitter: “Imagine rejecting a prom date and the guy that asked you takes Kylie. Should out to Albert Choa for that comeback.”

Say what you want about the Jenner/Kardashian families, and God knows we’ve said it all around here…this is a cool ass move. I mean we can hate their guts from afar on the internet but put yourself in this kid’s shoes. A high school dude who puts himself out there, lays it all out on the line for his crush, the love of his life, and gets flat out rejected. To turn around and bring Kylie freaking Jenner to prom and show up posing directly in her eyeball…absolutely savage. 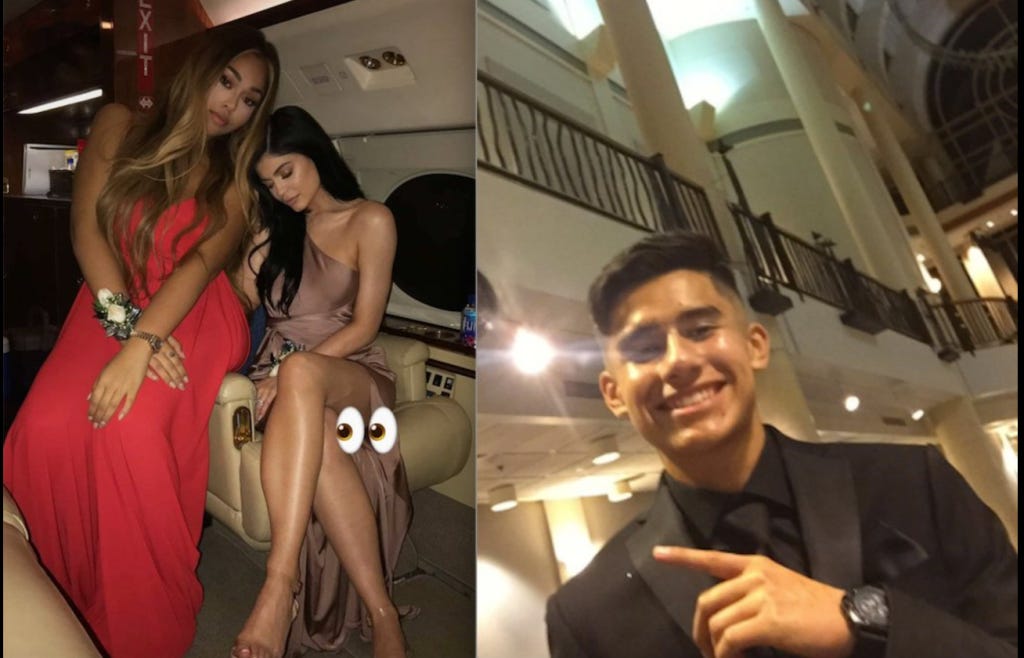 I don’t care if she brought a TV crew, I don’t care if it was for like 20 minutes and was strictly for PR and KUWTK footage, who cares. This is the best revenge you could possibly get on a high school girl who broke your heart.  Shout to Albert, you’re a baddddd motherfucker.