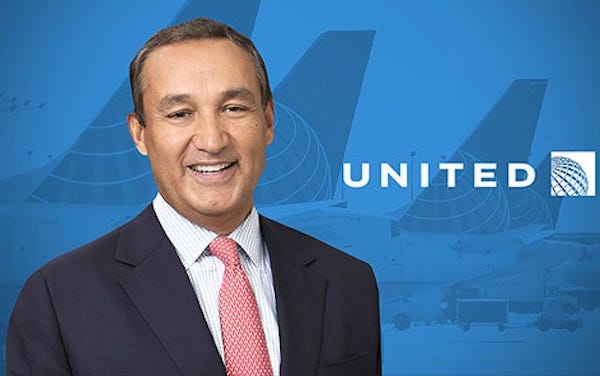 PR Week- Oscar Munoz, the charismatic CEO of United Airlines, is PRWeek U.S.’s Communicator of the Year for 2017 – he is the fifth recipient of this title. Since taking on CEO duties in September 2015, Munoz has transformed the fortunes of the beleaguered airline, galvanized staff, and set the business on a smoother course – all in the context of a tremendously difficult time personally. Only two months and change after having undergone a heart transplant, Munoz returned to his United CEO role full time in March 2016 following the health crisis that struck just six weeks after he took on the airline’s top job. Munoz has shown himself to be a smart, dedicated, and excellent leader who understands the value of communications. His ability to connect and share with employees his vision for the airline, and get them to rally behind it, is a key reason PRWeek named him 2017 Communicator of the Year.

Look, I know a lot of people are going to jump on PR Week for awarding the CEO of an airline that is currently getting absolutely, positively shit on by thousands if not millions of people. But those people don’t understand the old saying “There is no such thing as bad PR”. I guess naming a CEO whose airline is responsible for a guy getting mollywhopped and dragged off a plane like an old bag of laundry looks bad. But people are talking about United, right? Yeah yeah yeah they are tweeting #BoycottUnited to the point where it trends, but that’s semantics. It’s like when people verbally shit all over Jack Sparrow yet he finishes their rant with “But you have heard of me”. If Munoz is smart he just vaguely mentions how United was on the tip of everyone’s tongues in April while also mentioning how he bounced back from a heart transplant. Everyone loves a good comeback story.

And I didn’t even know PR Week was a publication until I saw this story, so they end up getting from free PR shine thanks to a doctor getting ragdolled to hell. Now their website is probably going to do numbers the next 24 hours. Yeah they may have dropped the ball with this award, but let he without a bad take throw the first stone. Some of us thought that the Texans should have taken Vince Young or Reggie Bush once upon a time, but Mario Williams was probably the right pick. I might say that picking any United employee for an award is a terrible idea since someone (most likely multiple people tbh) would have to knock me out and drag my big ass carcass onto a United plane if I had fly that God forsaken airline. I ride with my Jet Blue #TrueBlue squad for life.

But you can’t tell me that United’s message wasn’t heard loud and clearly by the world. Either figure out amongst yourselves who will be leaving the overbooked plane or we will drag one of you out kicking and screaming (and bleeding and maybe unconscious). Going viral on the internet is how you communicate to the masses and how you stack PR trophies up on the mantle. Me personally? I would have just done a full plane Rock Paper Scissors tournament. Loser leaves the flight. Name a more democratic process than RPS. You can’t.

P.S. The fact that the old Airplane Breakup gag still works on people is one of my favorite things about Twitter. 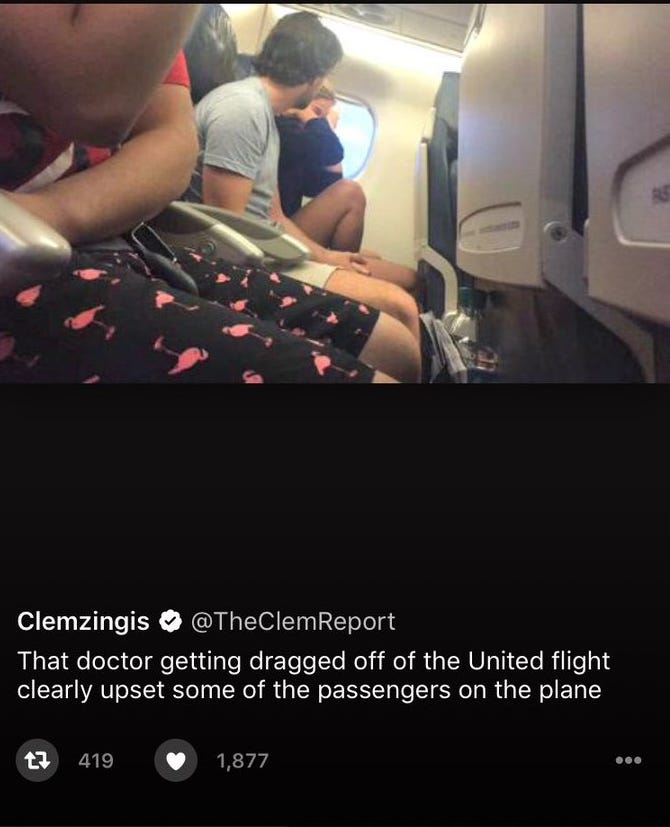 P.P.S. This is one of the best uses of a GIF I have ever seen.

Gotta love when the internet rallies around each other when stuff like this happens.