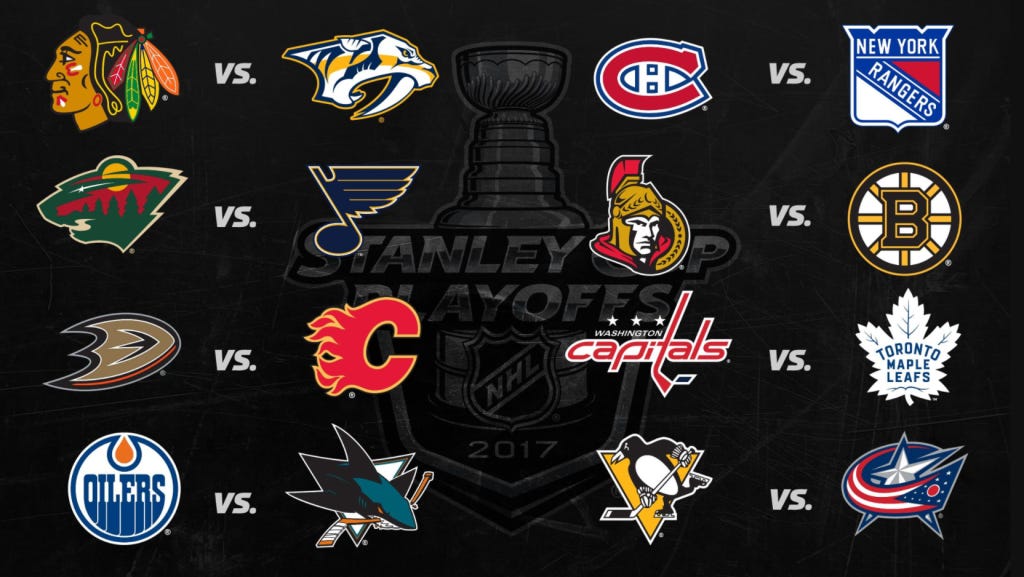 And just like that, the 100th regular season in NHL history has come to an end. October 12, 2016 – April 9, 2017. 30 teams. 82 games. Done. Over. Complete. Finished. There were ups, there were downs. There was action, there was comedy. And by the end, I think we all learned a little something about ourselves. It had everything you could ask for in a regular season. And now we head in to the greatest time of the year. The Stanley Cup Playoffs. There’s quite literally nothing better than this and if you disagree then you can meet me at center ice so I can stab you in the face with my skates for being so wrong.

Watching the Stanley Cup Playoffs is like a rite of passage. Games start at 7 every night and they go until the whenever the 10pm games end after inevitably going to double overtime. You get to bed by about 1:30 in the morning if you’re lucky and wake up the next morning dealing with a wicked hockey hangover. Your brain is mush all day from the lack of sleep, you finally get home from work, eat a little dinner and get ready to do it all over again. There’s nothing like it. You can call me a hockey hardo all you want but nothing compares to playoff hockey. It is the greatest time in the world and I hope it sucks balls for all of you and that none of you enjoy it.

Action gets underway on Wednesday. Let’s get it.