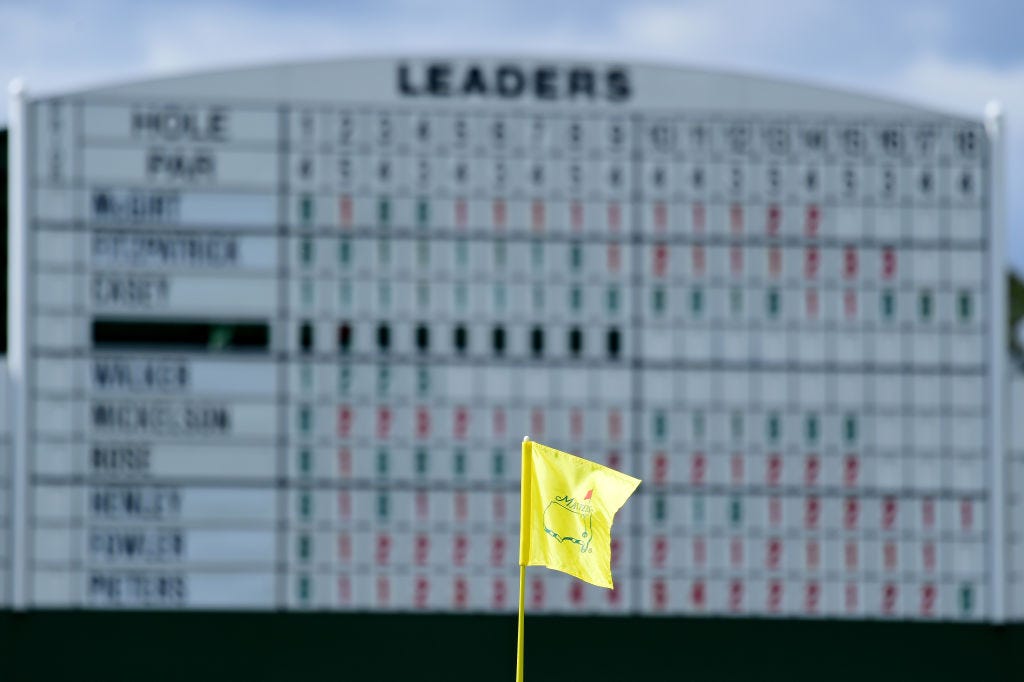 We’re halfway through the Masters and we couldn’t be sitting prettier. Saturday is moving day and that term might as well have been invented at the Masters. The place was built for it. With perfect weather and a couple friendly pins, we get to see these guys go HAM trying to position themselves for Sunday. The beauty of Augusta is that while it’s tough and treacherous, it also offers the opportunity to be rewarded if you’re aggressive with the right shots. 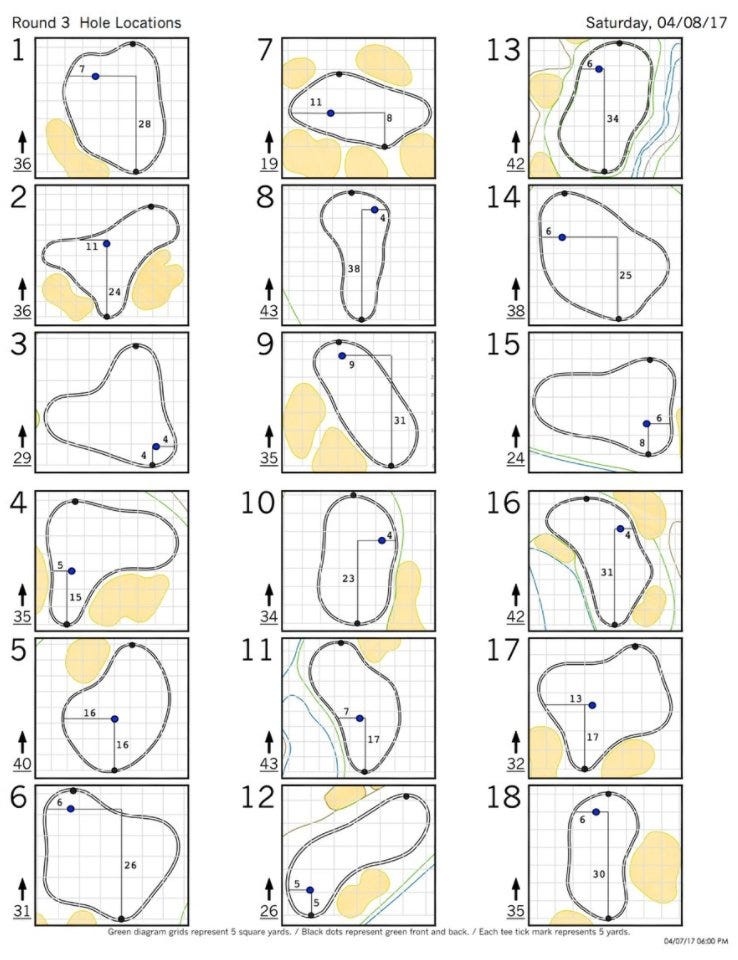 Who can forget Phil just making eagles all over the joint in 2010?

Again, the weather is perfect. 75, sun, light wind. I know because I’m here. The place is RIPE for some moves. 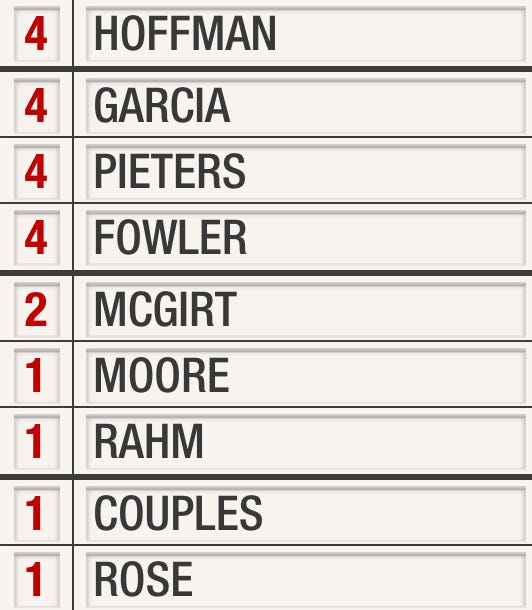 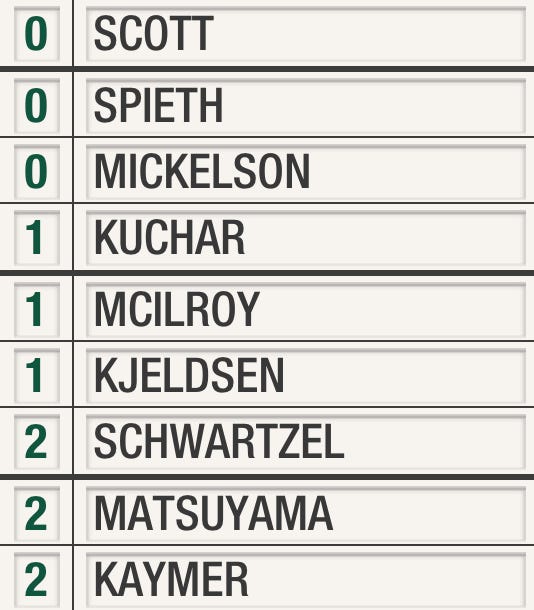 If you don’t know, I bet on Rickie to win this week. Pulled the trigger Wednesday. I’m in a hell of a hole since our anonymous DM source guy (cap father his name is cap father) went cold as ice, so I could use this. Go Rick Go.

He showed some guts with this bounce-back bird after a tough bogey on the par-5 15th.

Also in that bunch at 4-under is the hopeless Spaniard Sergio Garcia. He was spotted Monday night at the local Publix and, I gotta say, he looked hungry as fuck.

Makes sense. Sergio’s played in 70+ majors without winning one. The only active guy with more? Lee Westwood, who’s 3-over and just 7 back.

I’m typically a “Go America no matter what, screw the Euro trash” kind of guy, but I’d be lying if I said it wouldn’t be awesome to see Sergio or Westwood take it down. They deserve it.

Thomas Pieters is at 4-under. The Euros can’t talk enough about how big of a stud this guy is. Will be fun to see how he holds up over the weekend on golf’s biggest stage.

Hoffman too’s at 4-under after shooting 10 strokes worse Friday than Thursday. 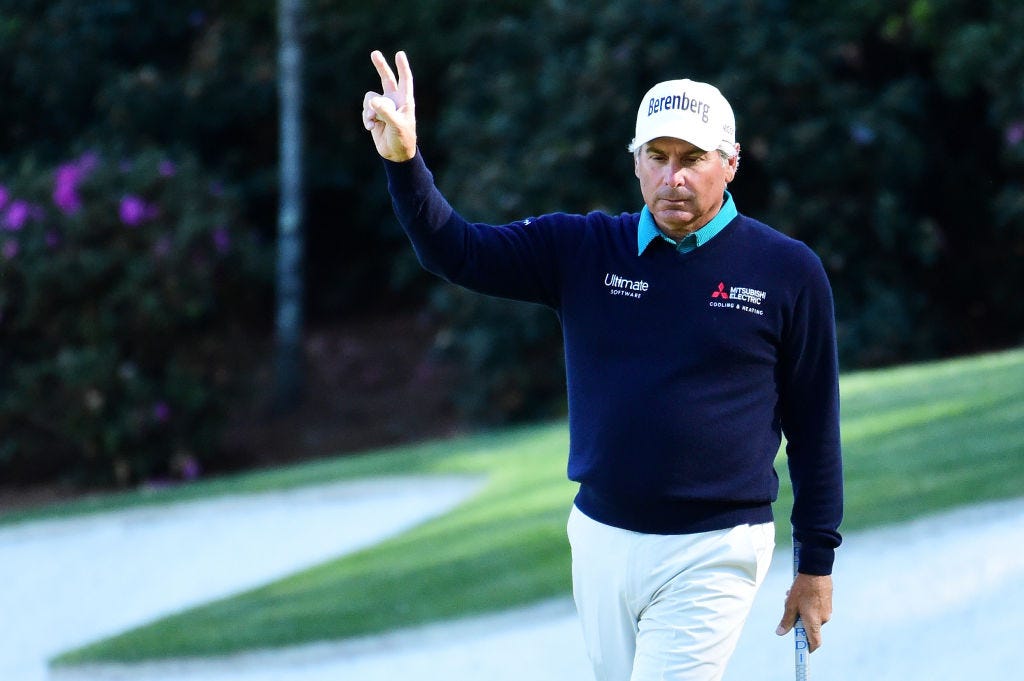 Freddie Boom Boom is 57 years old yet only missed the cut at the Masters ONCE since turning 50. He’s still one of the most charming guys out there and teeing off at 1-under, just 3 back. Love me some Freddie.

Jon Rahm’s easily the hottest young gun in the game. The rookie came one up-and-down away from forcing a playoff with world no. 1 pre-sketchy-stair-fall at the match play, and here he is just 3 back.

Justin Rose? A U.S. Open champ and Olympic gold medalist at 3-under. We met a local bartender Tuesday night who may want to fuck Justin Rose more than anyone’s ever wanted to fuck anyone ever. Good omen for the Brit.

Phil’s even par and just 4 back. Phil’s the biggest draw here and it’s not even close. Please give us some good golf from Lefty over the weekend.

Also in that group are Scott and Jordan Spieth who, despite being 4 back, is just 7-1 to win and the third favorite right now. Here comes Jordo.

Rory’s 1-over. He should be 1-under but hit the flag on 18, virtually a two-shot swing.

Don’t sleep on Rors. The way he hits the ball he can go on a tear at ANY moment.

Matsuyama’s 2-over. That’s just 6 back folks, you never know.

By all accounts, Saturday and Sunday at the Masters are set to be PHENOMENAL. Us golf fans grind through tourney after tourney every weekend convincing ourselves how important they are; we do it to get to the Masters, because we know THIS is what matters. We know how great it is. We know how magical the back-nine on Sunday is made to be.

We’re going to get that drama all weekend. The leaderboard couldn’t be better. Enjoy it folks — we’ll be doing a live pregame show at 2:30 today, 1:30 Sunday, and a post-show Sunday immediately following play.