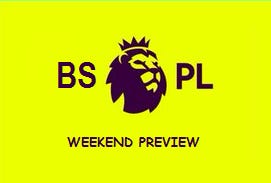 Relationships are built on trust so I’m not going to lie to you, dearly beloved reader (and 12-year-olds desperately trying to fill the void in your heart left cause mama didn’t love you by commenting about how triggered you are by soccer blogs on barstool), this weekend’s slate of games is not what one would call “an extravaganza of top notch matchups”… but fear not as we still have some extremely meaningful games to discuss and make money off of and, importantly, there are some ridiculogasmically awesome games in Germany and Spain to supplement any lack of enthusiasm you might be feeling.

So without further ado…

Reminder of what happened way back on Tuesday and Wednesday: 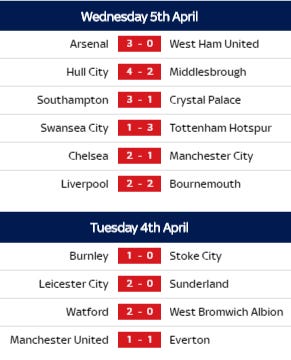 – A reality TV “star” is in the midst of trying to start WWIII and I’d still say the most shocking thing that happened this week was six goals being scored in a game involving Middlesbrough. Now that is insane.

– We almost had ourselves a real live EPL title race. But John Stones pulled a Wondo (AGAINST COURTOIS NO LESS!) so nope, sorry, Chelsea still has a stranglehold on the trophy.

– To say Tottenham left it late would be a massive understatement against Swansea, which snagged an early goal against play and successfully parked the bus until the 88th minute when Spurs found a breakthrough… and then the dam broke wide open. Needless to say, I had a more enjoyable Wednesday afternoon than Big Cat.

– Leicester firing Ranieri and winning the next five EPL games (and advancing in the Champions League) confirms that Cinderella didn’t hear no bell.

– Not-Too-Terribly-Fun Fact #1: Liverpool has conceded less goals (5) in eight games against Chelsea, Spurs, City and United this season than they have conceded to Bournemouth (6) in two games. The Reds well and truly are the Robin Hood(s) of the EPL.

With only SEVEN (+/-1) games left to be played, this is how the full table looks: 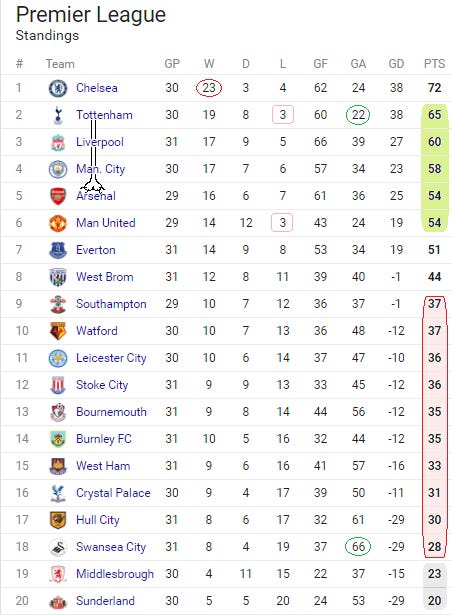 As for this weekend’s slate: 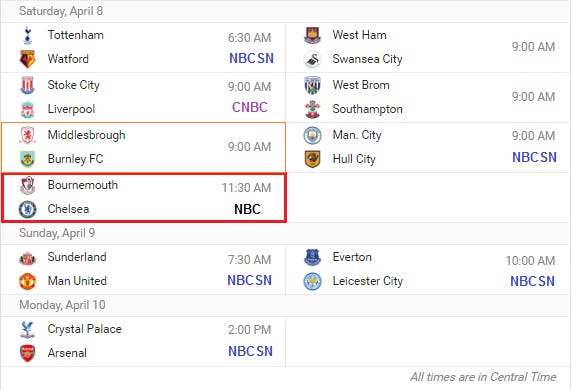 Tough to point to a “marquee matchup” for the weekend but I eventually settled on this, if only because Bournemouth seems to be extremely confused at the moment as to whether it is supposed to be in the relegation scrap or not, while Chelsea has shown just enough signs of possible vulnerability to inject a little drama into the last couple months of the season.

[Note: this is the part of the season when I feel obligated to acknowledge that my personal biases could possibly start to unconsciously creep into my picks. I try as best I can to leave personal preferences at the door but will admit to not always being successful. Figured I would at least offer up a fair warning though.]

The Cherries had been just plain awful since the start of the year going winless in eight straight games and seemed headed for a serious fight to stay in the top flight, however, something clicked in March leading to the five-game unbeaten streak they are on now. As I attempted to indicate in the table directly above, they are not quite safe yet. Traditionally the magic number for staring up is 40, so they’ll need a few more results. They will have gotten some confidence from their midweek draw at Liverpool but Chelsea is another beat entirely. Whereas the Reds are weak in the back and prone to giving up a lax goal or two, the Blues have been consistently miserly. Bournemouth’s typical one-striker set is just not going to get it done.

Congrats to Chelski on a fine season but don’t get it twisted… Finishing 10th is like herpes. That shit is for life.

As implied in the shading of the league table above, I think Sunderland and Middlesbrough’s fates are all but sealed at this point. If I took a wild stab at who I think will end up getting bounced at the end of the season, I’d say those two and Hull are the most likely candidates. Every year though it seems like one of the “doomed” clubs rises from the grave and makes a mad dash for safety in the last six or seven games. A couple of years ago it was Leicester, for god sakes, and look at the wee buggers now… so it’s probably a bit early to write off all hope.

Having said that, this game is absolutely an “eliminator” for Boro. The good news is they play five of their last eight games at home. The back news is that they still have to play Arsenal, City, Chelsea, Southampton and Liverpool. That does not leave much wiggle room. Sitting on 23 points is a horrible place to be right now, and they will need to win every single marginally winnable game left to have a chance to stick around. Saturday against Burnley is definitely one of those must-win games.

Burnley come in with a similar status as Bournemouth being right on the edge of the danger zone, but their form away from home has been crap and I suspect Boro will have that little added motivation of seeing relegation right in front of them. Plus, who knows, the home side may have just remembered how to score goals?

• Watford [+1000] have done an amazingly successful job this season of keeping their head down, staying out of the limelight, winning most of the games they should win, losing most of the games they should lose, and find themselves in pretty good position heading into the home stretch. One win could be all it takes to secure another year in the top flight. Alas, Harry Kane is back and this is not going to be that win. Spurs [-400] to win 3-1.

• Southampton [+140] at West Brom [+200] is going to be a game in desperate need of difference makers, which is why the health of the visitors’ Maolo Gabbiadini (doubtful with a groin injury) will be key. My guess is that even if he plays he won’t be at 100%, so advantage Baggies. West Brom to win 1-0.

Tony Pulic thinking about a 1-0 win

• West Ham [+105] welcoming Swansea [+250] could almost have replaced Boro/Burnley as the possible “relegation scrap of the week”. The Hammers have after all lost five straight and the Swans are currently in the bottom three. However, based on their talent level and recently form, respectively, I have a hard time imaging either club finishing in the bottom three. Both have a lot of work to do, and not many games to do it. In fact, Slaven Bilic has likely reached the win-or-go-home stage of his tenure with West Ham. I was leaning towards 2-2 draw [+240] the entire time writing this but – spur of the moment gut call – think that Carroll, Antonio and Lanzini (if healthy) should be too much for them. West Ham to win 3-2.

• I’m going to say something I’ve never said before and will probably never say again: I feel legitimately sorry for Liverpool. I love Sadio Mane. He’s good, he hustles, he makes great runs to open up space for both him and his teammates. He is what Spurs fans would call the anti-Vincento Soldadssen. Thus, confirmation that Mane is done for the season with a knee injury just plain sucks. More importantly, this is going to be a HUGE problem for the Reds, who – Not-Too-Terribly-Fun Fact #2 – have yet to win a single game this entire season without Mane in the starting lineup. 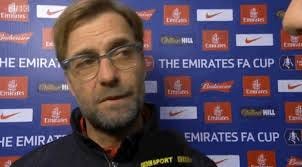 Yyyyyyyyyyyep, no bueno for Los Liverpudlians, though a possible glimmer of how for United to sneak into the top 4 (sorry no soup for you Arsenal). On the plus side, Stoke have been straight poo-poo lately, having scored one goal in their last four games… thankfully Liverpool’s defense has yet to meet a slump they couldn’t bust. This is another one where a draw [+265] looked mighty tempting but sometimes you just gotta go big or go home. Stoke to win 2-1.

• Live look at Hull playing away from home:

• LOCK OF THE WEEKEND: One of the more interesting matchups is Leicester [+375] visiting Everton [-140] with the oddsmakers apparently forgetting the wee Foxes are BACK. Unfortunately they aren’t back enough to win this weekend for two reasons: (1) Everton is 2-3 solid – and not necessarily expensive – summer acquisitions away from legitimately challenging for the top four and, importantly, (2) Leicester will absolutely have one eye on next Wednesday’s UCL quarterfinal against Atletico. Everton to win 3-1. 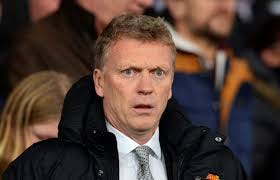 • Last but least that brings we have resurgent Palace [+320] versus the soap-opera-cum-shadow of a once formidable club known as Arsenal [-140]. So here’s the good news for Gooners: Champions League quarterfinals are coming up in the midweek but they mercifully shouldn’t be too big a distraction. Now for the bad news: injuries to Petr Cech and David Ospina means you are going to be starting something called Emiliano Martinez in net and, collapse against Southampton on Wednesday notwithstanding, Palace is playing about as well as they have all season.

Does Arsenal have the talent to mop the floor with the Eagles? Yep. Does Arsenal care enough about winning to do so? Unclear – very, very unclear. They are coming off a solid win over (a floundering) West Ham and a respectable comeback draw against City, but every time you think they are about to do that thing they do every year where they get their shit together, go on a winning streak and have an annual dance party on Spurs’ grave on St Totteringham’s Day – every time it seems like they are about to do that they lose to Watford at home or get spanked by West Brom. So if you feel like you know what kind of performance Lexi Sanchez and Mesut Ozil are going to offer up then I’d say trust your gut. I’m all sorts of conflicted but think Benteke and Zaha are going to give Arsenal’s makeshift defense some problems. Gimme a 2-2 draw [+275]. 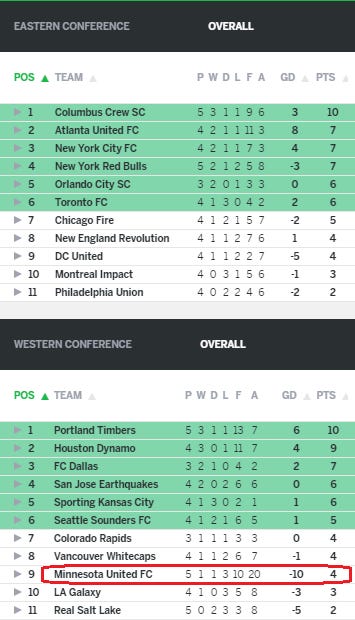 Interesting storylines to keep an eye on so far this season:

1) Will the Fire ever lose again? TBD, but so far all signs point to no. 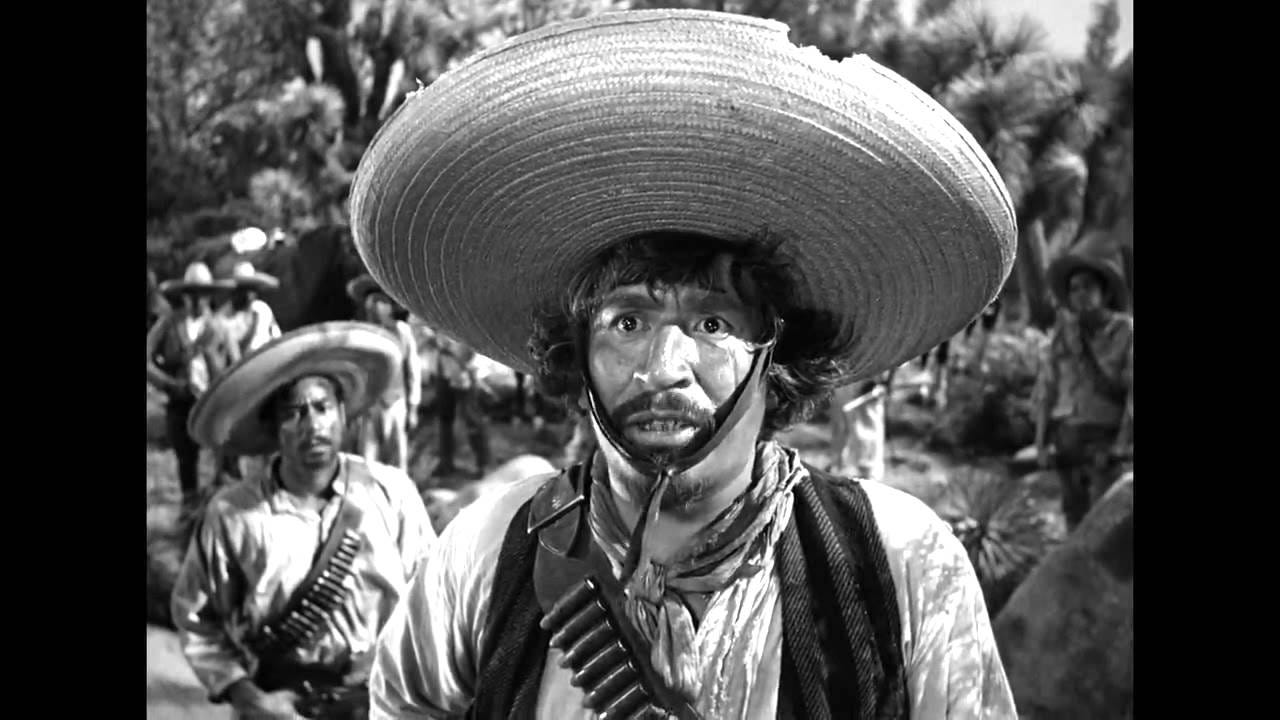 3) Galaxy have started the season 1-3, but is starting to get healthy (Gio dos Santos, Gyasi Zardes and Ashley Cole are all back from injury) and will need to pick it up a bit. I’m particularly interested in watching how Jermaine Jones does or does not fit in as it

5) Mike Petke – remember him? NYRB fans do – makes his debut as coach of Real Salt Lake this weekend. 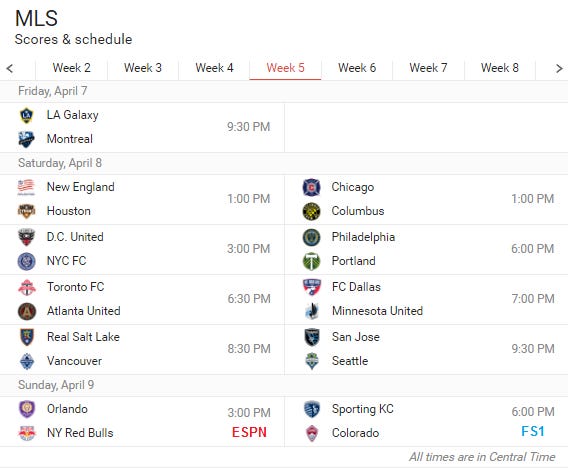 Spain: MADRID DÆRBY! Real welcome Atleti to the Benabeu on Saturday (9:15am CT on beIN Sports) in a game with massive implications for La Liga title, which is turning out to be the traditional two-horse race that we have come to expect from Ethhhh-spaña. Los Blancos are two points up on Barcelona but have a game in hand, meaning their margin for error is extremely small with MSM & Co. playing 15th place Malaga this weekend.

Italy: 4th place Lazio welcome 3rd place Napoli on Sunday (1:45pm CT on beIN Sports Espanol/Connect) is a critical matchup with big implications for Champions League, for which only the top teams clubs qualify. Atalanta, Inter and Milan will be particularly interested observers as the clubs are within striking distance of both clubs.

So there you have it. CHAMPIONS LEAGUE is back next week. Get pumped.