Writer’s Note: I just saw Feitelberg blogged this right before me with a very different take, which is not surprising given our differing views on life.

Let me preface this blog that I usually despise shit like this. I haaaaate people that tweet out shit like “If I get 100,000 retweets I’ll run on the field”. The ultimate look at me move that people usually don’t follow through on if they get the retweets. And if we are being honest, this kid may have the most punchable face this side of Martin Shkreli. 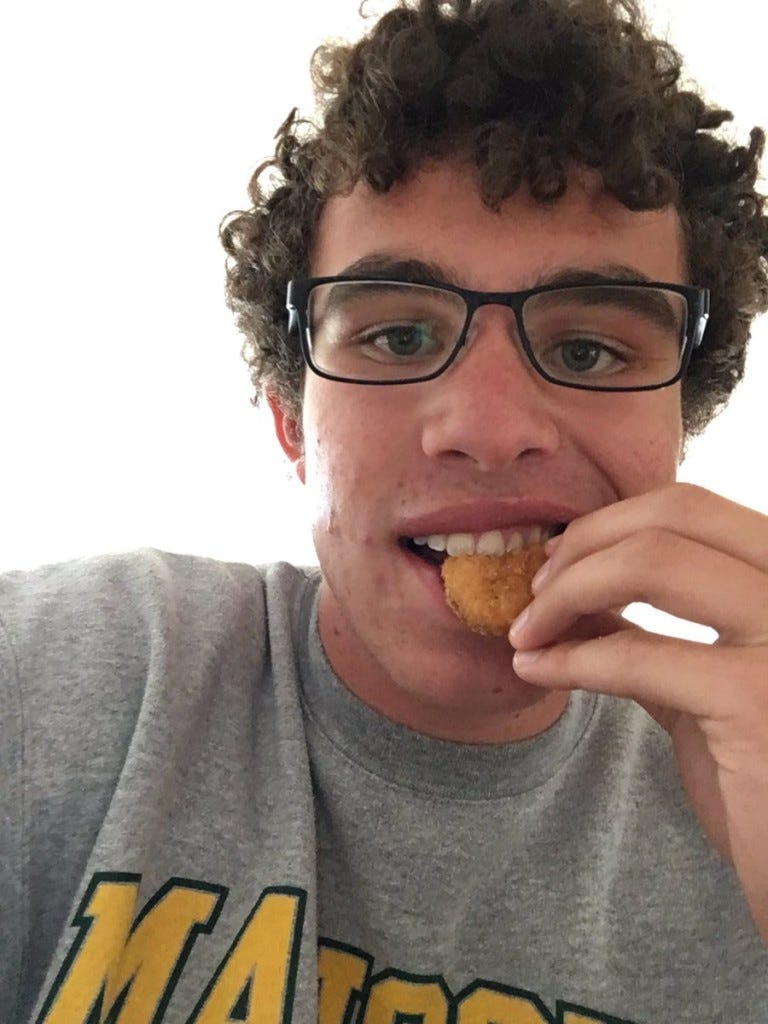 But I can’t hate on this for a few reasons. First of all, free chicken nuggets for a year is the modern day American Dream. Being able to have an orgy of tasty fried chicken morsels thanks to the kindness of strangers is probably even bigger than the American Dream. It’s proof that the human race can come together for a good cause. Sure they are just pressing a button on a website, but retweets don’t grow on trees. And I have to support my girl Wendy for the countless great burgers and nuggets she has served me, as well as the entertainment of stuffing people in bodybags on Twitter. Plus 18 million is such an outrageous and random number, you have to respect it. I don’t know what the most retweeted tweet of all-time is, but it’s probably some dumbass tweet from Kim Kardashian or Ellen. I wouldn’t mind feeding a kid that shot his shot while also potentially knocking some lame tweet off of the throne for Most Retweeted Tweet Ever.