Oh how wacky! Classic Congressman Rod Blum. You know he did not give a fuck about any of his questions about Linda’s work at the SBA, he was just trying to get through the pre-written bullshit so he could ask his question about John Cena and Nikki Bella. You could just see the delight on his face when it came time to ask that question. He undoubtably had been practicing it for weeks. The build up when he made it seem like it would be this hard hitting question, only to swerve and ask about John Cena was the apex of his life. He thought he was going to bring the house down. Everyone rolling in the aisles, crying from laughing, knees sore from being slapped so hard.

And as it turned out, it was literally the last thing she wanted to talk about. Linda McMahon likely hasn’t paid an ounce of attention to wrestling in years. Could not give less of a shit about John Cena proposing to Nikki Bella. Way to make it weird, weirdo congressman.

And his constituents…well, it doesn’t seem they really cared either 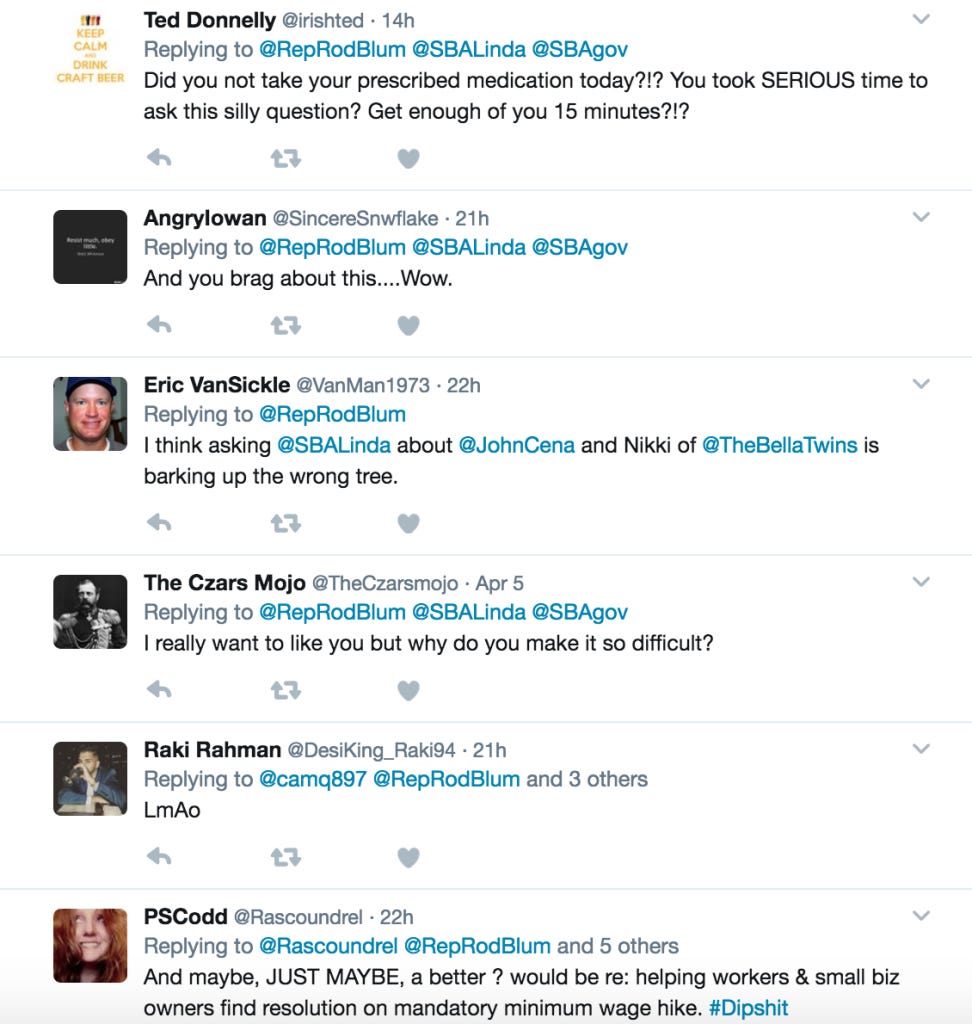