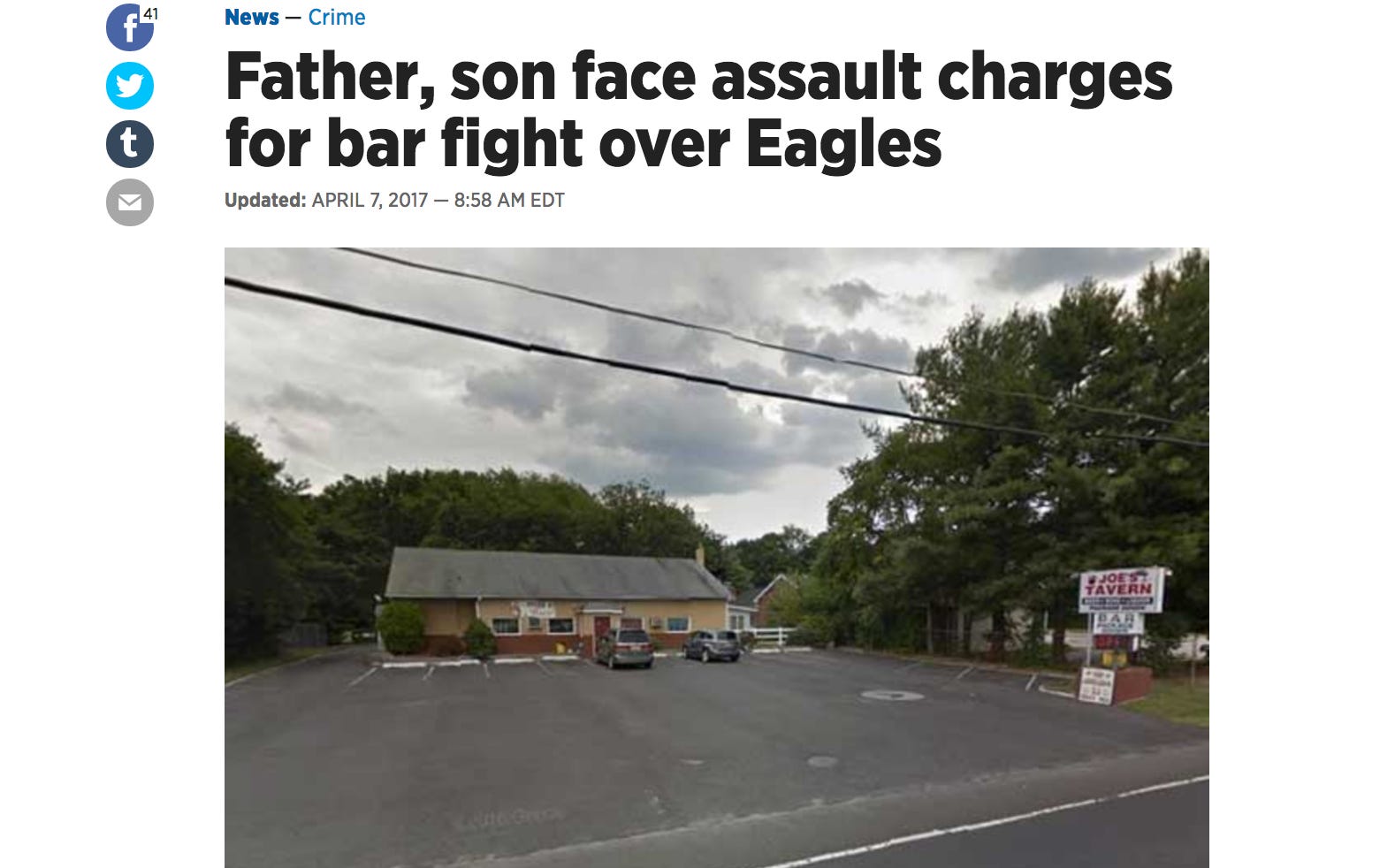 Philly.com – A father and son are facing assault charges after an argument over the Philadelphia Eagles at a South Jersey bar turned violent. The duo got into a heated discussion about the football team with two other men inside Joe’s Tavern, located at 548 Williamstown Road in Winslow Township, on Thursday evening, according to police. The fight moved outside, where 56-year-old Christopher Hoffman and his son, 32-year-old Brittan Holland, beat up the two other men, police said. One of the victims, the 26-year-old son of the tavern’s owner, suffered a broken nose in the scuffle. The other victim, a 36-year-old man, was treated for several facial fractures. Hoffman and Holland fled the bar in a vehicle after the altercation. Their car was located outside their Madely Court home in Sicklerville, and officers found the two inside, both covered in blood, police said. Hoffman was charged with third-degree aggravated assault and released on a summons. Holland was charged with second-degree assault and taken to the Camden County Correctional Facility, police said. At the time of his arrest, Hoffman was wearing Pittsburgh Steelers slippers. Holland told officers he was a Dallas Cowboys fan.

Naturally, my Dad sent me this story with a “It could have been us”. Sure thing, Pops! Let’s perpetuate that scumbag Philly stereotype a little more while we’re at it. Maybe flip off some puppys and punt an infant or two before heading to the liquor store to stock up for before and after the dive bar. Granted, the only times we’ve hugged in the last 15 years has been at funerals and Eagles games. So maybe a little father/son bonding defending our Birds by fighting townies in dive bars would do us good.

In reality, the headline is somewhat misleading. It’s the Eagles fans who got taken behind the woodshed by the father and son. That changes things up a bit. Still, it’s the best look getting beaten up while defending millionaires to a father/son duo with different last names where one wears NFL team logo slippers to the bar and the other for some reason needs to admit he’s a Cowboys fan to the cops. But then again, guys like that were BORN to dive bar fight. There’s a better chance for the Eagles to win the Super Bowl this year (.00002%) than these fans actually coming out on top vs. the King and Prince of The Royal Jersey Trash. And even though these Eagles fans got the piss beaten out of them, at least they took it outside and went down swinging. What more can you ask for, actually winning? Psh. Real fans act like the realer Eagles.

Post Blog PS – @rogergoddell – Don’t doubt my father could have been in Silver Linings Playbook and the movie wouldn’t have missed a beat. 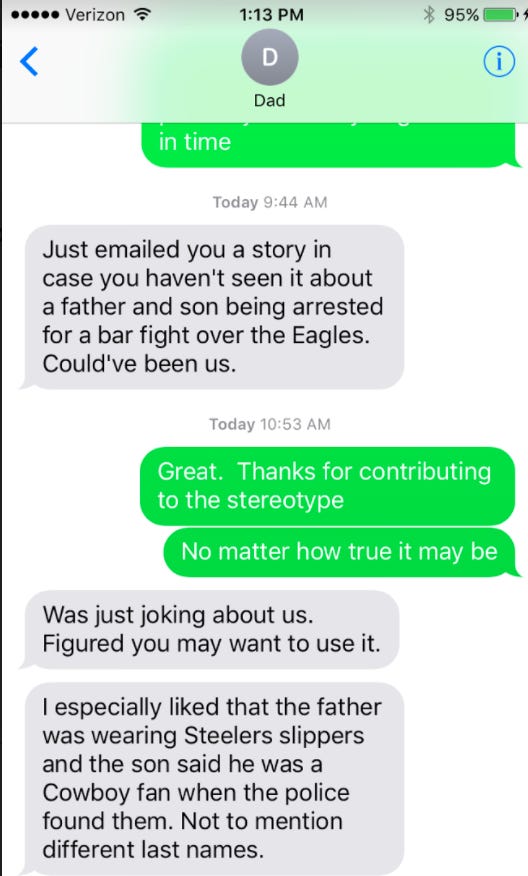