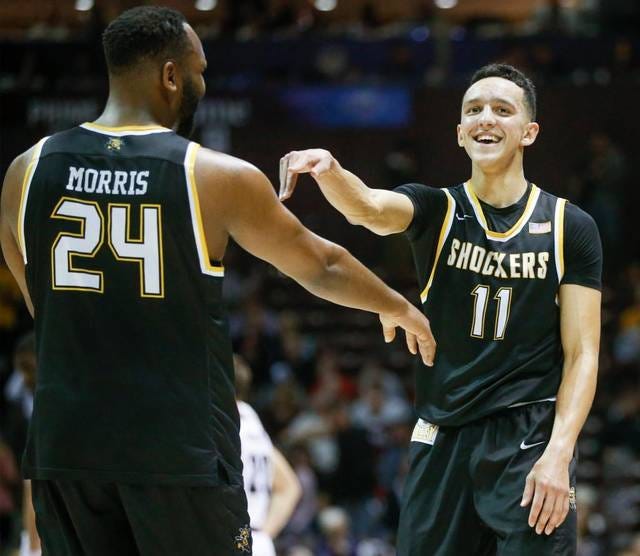 This is a move that has been talked about over the last couple of weeks and is now official per numerous reports. The AAC will add Wichita State  starting next season. It’s a move that makes sense for both parties. Wichita State is coming off a year where everyone in the world screamed they were a good team yet were a No. 10 seed in the NCAA Tournament. The committee mentioned the strength of schedule as a problem so immediately the question was how can you fix this. Yeah, the AAC isn’t great, but there’s more chances for quality wins there than the MVC.

From the AAC standpoint it makes a ton of sense. The conference is viewed as a purgatory type conference where it’s not a power conference but not a true mid-major. However, the conference desperately needs UConn and Memphis to both be good in order for it be viewed where they want it to be. Wichita State at least alleviates some pressure off of Memphis here. The Shockers have been one of the most consistent programs in the country the last five years and next year should rival the undefeated season in terms of talent and expectations. They literally return everyone including Landry Shamet, who will be an NBA player in the very new future.

The other thing this will do now will make cry about the lack of ‘mid-majors’ getting bids. We heard this year when everyone wanted Illinois State or UT-Arlington to get an at-large. The fact is these ‘mid-majors’ aren’t labeled as such anymore. Gonzaga isn’t a mid-major. Butler, Creighton and Xavier are now in the Big East. Wichita State is now joining a non mid-major conference. VCU and Dayton are in the A-10 and aren’t viewed as mid-majors. So the opportunity for a true mid-major to get an at-large are simply dwindling with conference realignment. Just remember that as March rolls around next year again.

Wichita will likely be the preseason favorite next year in the AAC, but again, this conference desperately needs UConn to be well, UConn. The Huskies can’t miss the NCAA Tournament or be a No. 8 seed that gets booted in the first weekend. In order for the AAC to be viewed like the Big East or another Power 6 conference, UConn needs to consistently be a top-25 team with SMU, Cincinnati, Memphis and now Wichita rotating in there. The goal is to have three teams consistently in the top-25 and teams like Houston, UCF and Tulsa surprise from time to time.